What Are Token Standards? ERC-20 and Other Formats Explained

A token standard is a set of rules that defines the way an asset works at a certain platform – and how developers can launch it.

Tokens can represent everything: from fiat currencies to skills in a game, from reputation points to pieces of art. With such a diversity of use cases, there is a need to make tokens coexist within one blockchain (that is, make them interoperable) while preserving the security of code and ensuring it’s easy to launch them. Token standards provide such unification.

Before we delve into particular standards, let’s mention something that lets them operate – smart contracts. Their developer Nick Szabo called them digital vending machines: when specific predefined conditions are met (snack is picked and the money is deposited), you receive the result (the snack) without any extra human-driven decisions or intermediaries. In this example, the money that you insert in the machine is tokens. 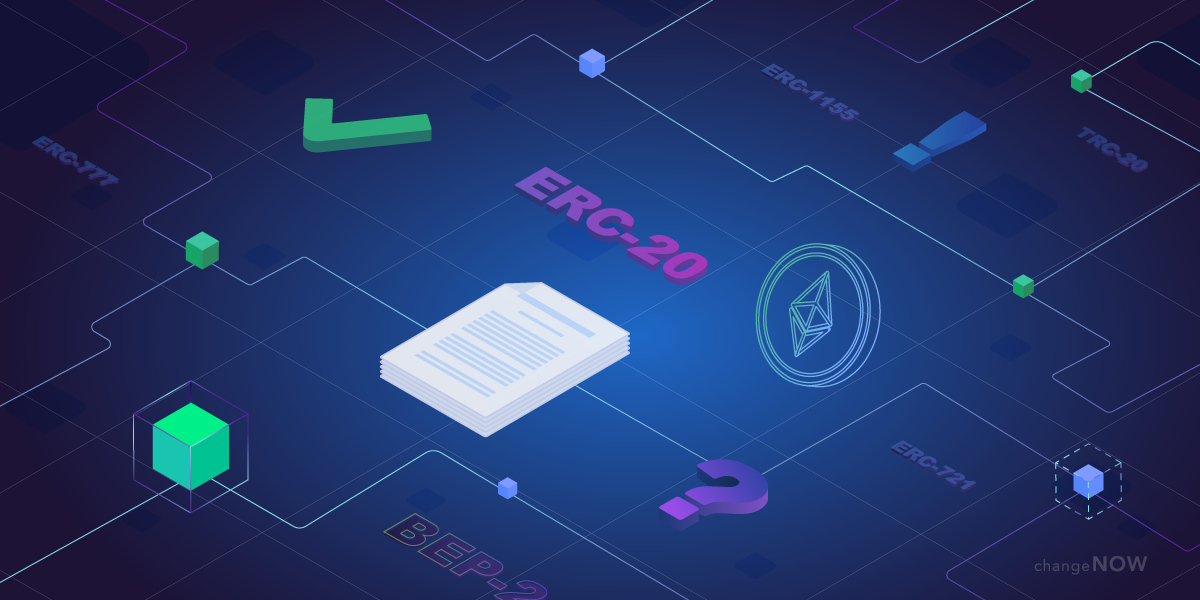 In Ethereum, there is a document kit that instructs how to develop smart contracts. It’s called the ERC (Ethereum Request for Comment), it determines features of every token standard and ensures smooth communication between smart contracts. Anyone can propose their own ERC standard, but it has to be thoroughly reviewed by the Ethereum community first and accepted by a decentralized team of developers.

ERC-20 is the main Ethereum standard for fungible tokens – that is, all assets of this format are equal in terms of type and value. In other words, for instance, 1 DAI token always equals any other DAI token.

The great majority of Ethereum tokens that you know are in ERC-20 standard. Here are their main types:

ERC-20 standard was proposed in November 2015 in a EIP-20 personally by Vitalik Biterin. The Ethereum co-founder called it “a standard interface for tokens”: the platform was growing and many tokens of all kinds were being launched, so there was a need for a common framework.

ERC-20 has become this framework. It allows tokens to be transferred and to be spent by other Ethereum-based dApps. An ERC-20 asset can be customized for governance, rewards, and more. Despite many imperfections, the standard has become ubiquitous.

In 2018, the Ethereum Improvement Proposal database added an EIP-721 that described a standard for non-fungible tokens. Compared to fungible ERC-20 assets, these are not interchangeable: each one is unique and cannot be replaced by another. An ERC-721 asset is attached to a specific object. According to the original proposal, this object can be:

Almost 5 years have passed since these words were written. How precise were the standard authors’ predictions, and how are ERC-721 tokens used today? 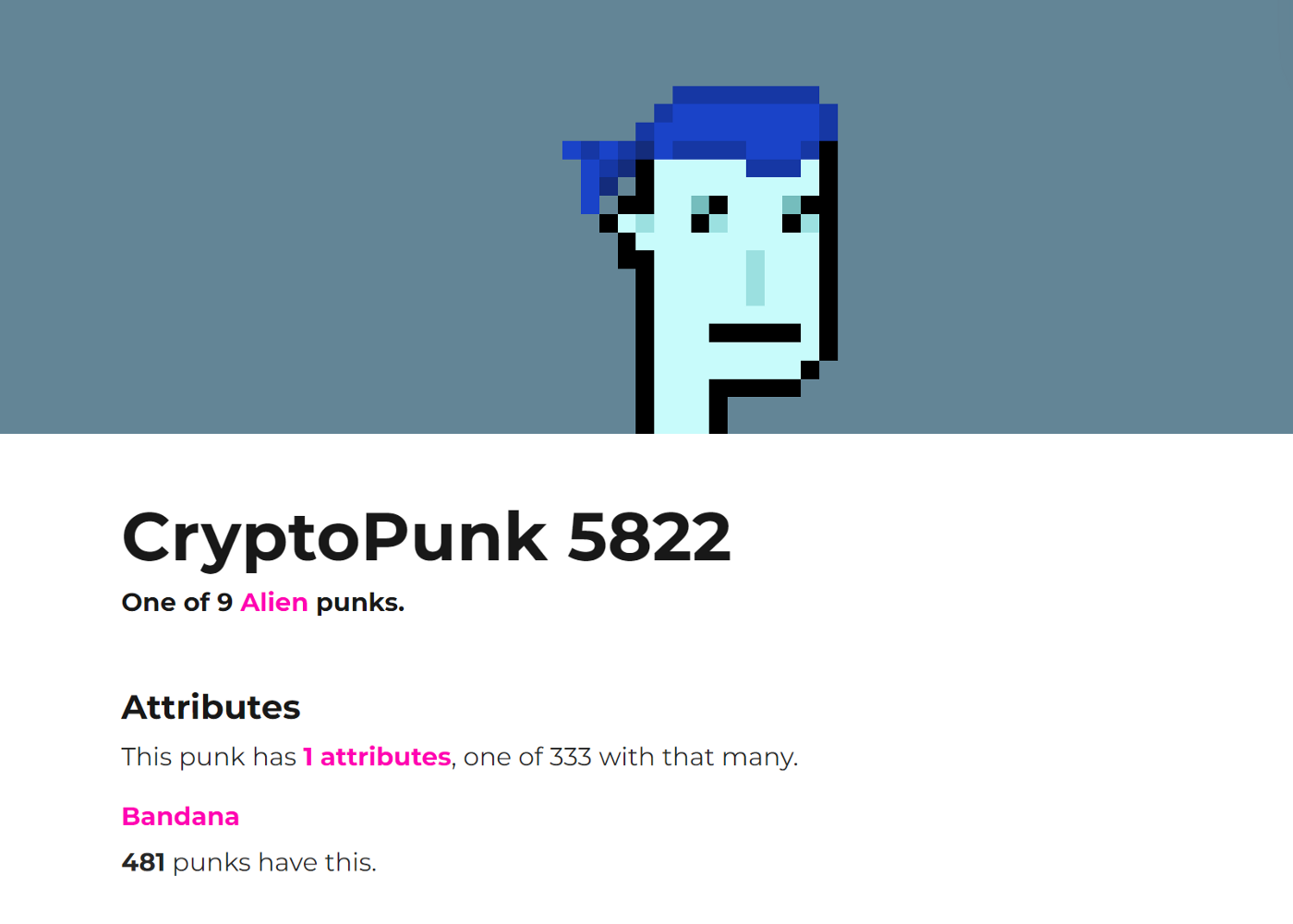 One of the most expensive NFTs ever sold. Image source

In a broader sense, ERC-721 non-fungible tokens are about proved digital ownership. When you possess an NFT, it means there’s a record in a public immutable database trusted by everyone that you own a digital item. This has never been possible before blockchain and NFTs.

Ethereum Standard Expands to Other Networks

As Ethereum gained traction, a massive ecosystem of dApps has emerged on top of it. But as years went by, it became clear that the network couldn't handle the increased demand in transaction volume: the blockchain frequently got congested, and the gas fees soared.

To remain competitive, Ethereum announced the Merge and all the subsequent scaling measures. But the crypto community doesn’t like to wait for profits – and many competitors to Ethereum have emerged.

Their goal was not to create new ecosystems from scratch, but to move Ethereum-based dApps and tokens to new networks with faster transactions and cheaper gas. Consequently, token standards in new blockchains needed to remain similar to ERC-20. This is how EVM-compatibility emerged.

Ethereum Virtual Machine, or EVM, is a distributed network of computers that collectively execute smart contracts. Regardless of the physical location, network members compute by the same rules without any centralized governance.

What is an EVM-compatible blockchain?

An EVM-compatible network operates by a set of rules that are very similar to original Ethereum rules. This way any Ethereum-based application can be easily deployed on this network with no need for reconfiguration – and users can enjoy the same features with lower gas fees and faster transactions.

EVM-compatible Blockchains and Their Standards

In 2022, there’s over a dozen large EVM-compatible networks: BSC, TRON, Avalanche, Fantom, Celo Network, Harmony, and others. This list also includes layer-2 scaling solutions for Ethereum (blockchains that run on top of it) such as Polygon and Arbitrum.

Let’s take a look at some of these networks’ token standards.

BEP-20 is the token standard of BNB Smart Chain – the second blockchain launched by Binance in September 2020. BEP-20 defines who and how can spend BSC-based tokens and other rules of their operation.

The standard was designed as an extension of ERC-20 that would facilitate the launch of all kinds of assets. Powered by gas many times cheaper than on Ethereum, BEP-20 sparked the emergence of thousands of tokens on BSC.

It is worth noting that Binance has another token standard: BEP-2. It was inherent to Binance Chain, the first blockchain launched by Binance in 2019 for decentralized trading. However, the network hadn’t gained widespread adoption.

In 2022, two networks merged into one BNB Chain, and Binance chain became its governance layer. BEP-2 is compatible with ERC-20 and BEP-20, and tokens of two Binance standards can be swapped at the BSC Token Hub.

TRC-20 is the token standard for TRON, a blockchain-based operating system launched by the TRON Foundation under Justin Sun. The standard describes how new tokens must be issued, how their transfer is performed, and how assets are sent and received.

ERC-20, BEP-20, and TRC-20 are highly interoperable token standards, and this allows for a direct value exchange between Ethereum, BNB Smart Chain and TRON blockchains. For example, you can easily swap USDT ERC-20 to USDT BEP-20 with minimal losses using the Multichain bridge.

As mentioned above, ERC-20 has some drawbacks that limit its capability. In an effort to make blockchain more efficient, some layer-1 networks have created their own token standards.

NEAR is a blockchain of the new generation: it has had a sharded architecture from the very start, while Ethereum is only planning to implement it. The NEAR ecosystem boasts over 800 projects building in it and 400,000 daily transactions.

NEAR has a few standards for fungible tokens, including NEP-141 and NEP-148. In contrast to NEAR native coin and ERC-20 assets, NEP-141 tokens are not stored in users’ wallets – rather, each token resides in its own contract. The latter has the data about how many tokens users own and handles transactions internally.

Although the NEAR blockchain is not EVM-compatible, one part of its ecosystem is. Aurora blockchain runs on top of NEAR and creates a bridge between the latter and the Ethereum network. Currently, the TVL of NEAR and Aurora is about $127 million each.

Can tokens operate without a smart contract – and even with no token standard as we know it? Cardano says: they definitely can. In its network, tokens are “native” to the blockchain – it already contains their code, and there’s no need for any extra. This reduces the risk of a human error: by removing smart contracts, Cardano gets rid of all their vulnerabilities and associated money loss risks.

On top of that, Cardano tokens have the same status as the platform’s native ADA coin. On the contrary, in Ethereum, ERC-20 tokens are very distinct from ETH, which sometimes creates inconveniences to users.

Token standards define the common rules that all tokens of a certain kind have to follow. Ethereum’s most widely used ERC-20 standard establishes fungible tokens like UNI or DAI, and ERC-721 is for NFTs.

EVM-compatible networks apply a similar standard (like BEP-20 for BNB Smart Chain or TRC-20 for TRON) so that Ethereum apps could easily migrate there. These blockchains are interoperable and connect via cross-chain bridges.

Non-EVM-Conparible networks like NEAR and Cardano have their own token standards.