The crypto market is recouping its losses from the initial shock of the FTX collapse, as DOGE and HT make major gains.

Most altcoins have amassed minimal gains pushing the total crypto market cap up by about $26B within the past week. It’s not all good news as there have been losses due to certain developments that have worsened the prevailing bearish pressure in the markets.

BTC surged 2.07% over the past week, bouncing back after news of BlockFi’s bankruptcy caused it to slide. The premier token nearly sank under $16k on Monday but has recovered to approach the psychologically daunting $17k price level. At writing, Bitcoin is seated at $16,878.

Ethereum meanwhile saw its value rise to its highest point since the second week of November after amassing gains of 8% within the last 7 days. The token dipped on Monday after a whale address moved a large quantity of ETH to Binance sparking rumors of a coming dump. ETH has surged since then and is currently trading at $1,266. 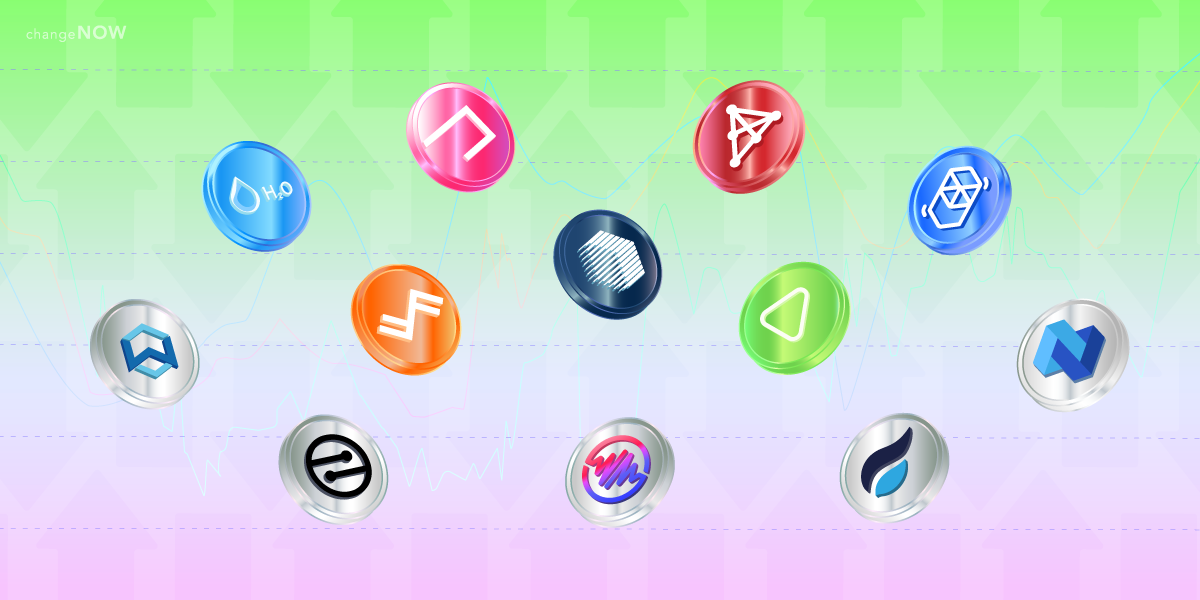 Peer-to-peer cryptocurrency MobileCoin amassed gains of 140.03% within the last 7 days. The token began surging on Saturday after trading in the red within the $0.6 price range for most of the month. The rally arrived on the back of news that Twitter was gearing up for integration with Signal Protocol to encrypt its direct messages. Given MOB’s ties to the network, the token spiked over the weekend. MOB peaked at a 3-month high of $3.61, allowing it to bounce back two weeks after it hit an all-time low. The token has retreated to sit at $1.39 presently.

Blockchain interoperability solution Wanchain has seen its local WAN coin rise by 59.72% this past week. WAN consolidated at $0.144 until Nov 28 when it began its upsurge. The price pump saw the digital token hit a ninety-day record of $0.2647. WAN is still on its bullish course and is worth $0.2647 writing after climbing 18.25% over the last day.

The native token for DeFi platform Ribbon Finance, RBN climbed 42.62% over the last couple of days for a current trading value of $0.2607. RBN entered the week with a selling price of $0.18 but embarked on a bull run that earned the token a spot with the week’s biggest movers. The increase in value comes as the team unlocks new offerings on the Ribbon Finance platform. RBN hit a weekly high of $0.2759 on Wednesday, and the token has jumped over 10% in the last 24 hours, set to climb further.

Crypto exchange platform Huobi Global’s local currency Huobi Token saw noteworthy additions this week. This followed the firm’s announcement that it would airdrop users a new token dubbed Dominica Coin (DMC) to be issued by the Caribbean island of Dominica. The token began charting bullishly, shooting up 15% after the news emerged. HT has climbed almost 41% in the last 7 days and is currently changing hands at 7 USD.

Blockchain network Fantom’s FTM token was able to record double-digit gains over the past 7 days. The catalyst behind the price increase was a Monday report providing insight into the state of the platform’s finances. The release revealed reserve assets worth over $300M reviving interest in the token amid the general market turbulence. FTM was originally trading sideways at around $0.18, however, the token leaped 32.15% within the week and has settled at a current valuation of $0.2421.

Due to (mostly) various Twitter-related developments, leading meme token Dogecoin is going strong. The cryptocurrency gained 30.01% during the week after speculations surfaced of a Twitter integration alongside rumors that Elon Musk and Vitalik Buterin may join forces to upgrade the token. DOGE started the week trading at $0.08175 but is closing with a selling price of $0.106.

Blockchain-focused gaming platform Wemix has seen its native cryptocurrency sink 73.49% over the past 7 days. WEMIX began to fall after DAXA, an association of South Korean exchanges such as Bithumb and Coinone announced that they were halting support for the token. DAXA’s decision to delist reportedly came after the association discovered a discrepancy between the token’s circulating supply and the submitted distribution plan. The token dropped from a valuation of $1.6952 to a yearly low of $0.3486. At writing, WEMIX is seated at $0.4294, still consolidating at bottom levels.

H2O started the week riding the waves from a recent rally, however, the bears were quick to drain out the token’s gains. H20 DAO hit a 3-month high of $0.5309 on Tuesday but entered a downtrend on that same day ultimately sliding to $0.1791, its lowest value within the same time range. The cryptocurrency recorded a 40.58% loss over the week and is worth $0.197 momentarily.

The governance token for the Aurora protocol AURORA, has shed 17.29% of its value within the last 7 days. The digital coin kicked off the week with negative movement that only worsened as the days wore on. Aurora dropped to a yearly low of $0.3874 on Wednesday and seems set to drop even further. At writing the token is trading at $0.3923 down over 8% in the last 24 hours.

Though earlier rumors of a pump-and-dump scheme haven’t exactly seen confirmation, despite leading last week’s gainers with triple-digit gains, SONM’s SNM token has continued to chart negatively since then. SNM lost 15% of its value over the past 7 days dipping to a weekly low of $0.7236, still a ways from the bottom levels of the prior week. The token is worth $0.7697 at press time.

Sports token CHZ has fallen 10.45% over the past week marking a second consecutive week of losses for the cryptocurrency. Chiliz’s choppy descent saw it drop from its starting price of $0.184 to close the week’s trading at $0.1646.

BCH saw its price drop over the week. The token was originally trading in the green, however, its value plunged after Coinbase wallet delisted it. Bitcoin Cash dropped to a weekly low of $106.73 but it has recovered to sit at $112.66 at the moment.