With another addition to its already long list of achievements, El Salvador is set to make history by building Central America’s first wave park.

Alongside Bitcoin-branding the new wave park, the country’s government plans to build it at Bitcoin Beach in the town of El Zonte, where the world’s largest cryptocurrency first experienced a substantial level of adoption in El Salvador.

Although relatively small, El Salvador has always drawn a notable degree of global recognition among surfers due to its beautiful beaches, and El Zonte is one of the country’s most popular spots for surfing. By erecting a wave park, El Salvador hopes to attract a large number of surfers in both professionals and amateurs to El Zonte’s waters. 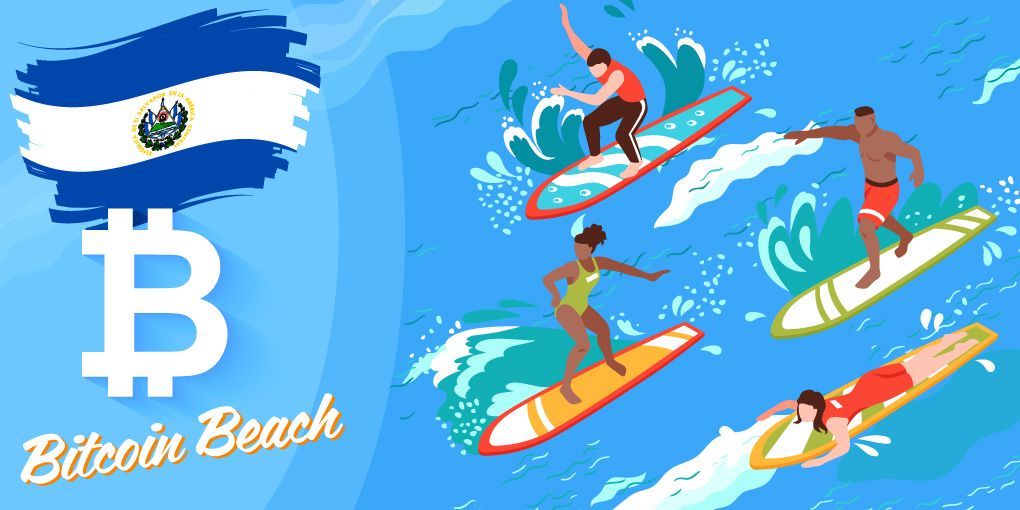 What has caught the attention of the public to the El Salvadoran government’s latest project, however, is that the wave park will be dubbed “Bitcoin Beach”. This will be a significant nod to the movement that kicked off the country’s adoption of BTC.

It all began after Bitcoin was anonymously donated to the beach town, leading residents and visitors to begin processing transactions using the cryptocurrency. Soon after, the movement began to expand as the majority of Beach town locals started to embrace BTC as a mode of payment, including establishments paying employees with the digital currency. The community eventually became the first in the world to adopt BTC as a legal tender, without direction from the government.

Due to this, the location grew to be known as Bitcoin Beach and, despite being relatively remote, it soon grew popular. Its ripple effect would become what we currently know of a crypto-positive El Salvador, culminating in a nationwide adoption of Bitcoin as a legal tender in September 2021.

The Purpose of the Wave Park

As stated earlier, the wave park will be called “Bitcoin Beach” in hopes of acknowledging its original movement. The park's construction is expected to attract surfers to the country, further solidifying the country's position as a hub for tourists interested in the sport.

This is all the more significant as surfing has recently been added to the list of sports in the 2020 Olympics in Tokyo. In related developments, several surfers have begun to express a pronounced interest in the crypto space including renowned American surfer Kelly Slater, often referred to as the best professional surfer in the world.

All individuals looking to partake in the luxuries the wave park promises to provide will need to make Bitcoin payments, an already established practice in Bitcoin Beach. Despite criticism of its decision to accept BTC as a legal tender and a supposedly serious possibility of financial instability, El Salvador relentlessly continues to pursue various ways to expand its movements in the crypto industry.