From the same team that produced the Shiba Inu (SHIB) token, the Doge Killer (LEASH) token is one of the most popular meme coins on the market.

In this article, we are going to take a look at the backstory behind the coin, what its fundamentals are, examine what future plans there are for the coin, and offer some price predictions looking forward.

Just from the name alone, those in tune with the developments in the cryptocurrency industry will have a good idea of what Doge Killer is about. The name is a reference to Dogecoin, the original meme cryptocurrency and the first dog cryptocurrency. Dogecoin was launched back in 2013 as a joke by its developers. Over the years, however, the currency has become something altogether different, captivating the imagination of crypto investors and media outlets all over the world. Over the past year and a half, the coin has emerged as one of the most popular and controversial digital assets, thanks in large part to the support it has received from celebrities like Elon Musk. 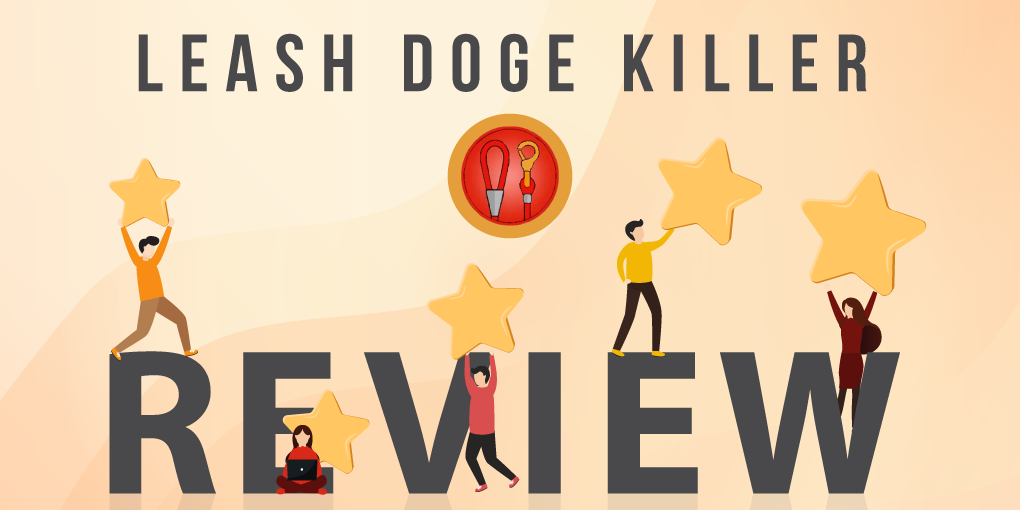 Fueled by meme-laden tweets from the likes of Musk, the price of Dogecoin skyrocketed in 2021 and has since remained in the top 20 of cryptocurrencies in terms of market cap. One product of the success of Doge has been a proliferation of similar styled meme and dog coins that have tried to tap into the enthusiasm and market created by the original. Among the most successful of the lot have been Shiba Inu and its related Doge Killer. Originally, Shiba Inu was called the “Doge killer” due to its immense popularity. The coin has established itself as the second most popular meme coin and notched a place for itself just behind Doge in the top 20 coins by market cap.

The same group (or person), Ryoshi, who developed Shiba Inu developed Doge Killer. Originally, Doge Killer was intended to be a rebase token, or a token that has a fluctuating supply that changes in accordance with the token’s demand. Essentially, rebase tokens operate in a similar fashion to stable coins, only they maintain a constant value by reducing or increasing the total amount of circulating supply. Consequently, the number of tokens that a holder has may increase or decrease according to supply shifts, but the worth of the tokens will remain the same.

In the end, Ryoshi did not go down the rebase token route, opting instead to keep Doge Killer as a coin with a remarkably low total supply. The total supply that has been minted of Doge Killer is a mere 107,646 tokens, a minuscule figure in the world of cryptocurrency and, especially, meme coins. The low supply of Doge Killer is the leading factor of its high price (at present time LEASH is trading around $1,200). Another factor that has made the coin appealing is its place in the Shiba Inu ecosystem. Doge Killer developers have stated that coin holders who provide liquidity will receive rewards and the coin seems slated to have some kind of role in the upcoming Doggy DAO by Ryoshi.

Little is known about the identity of the individual or individuals who made the Doge Killer token. What is known is that Doge Killer was made by someone or some people known as Ryoshi. In materials that Ryoshi has published about their project they explain that they started Shiba Inu as “an experiment in decentralized spontaneous community building.” If that seems vague, the general construct is a bit easier to grasp. Essentially, there is the original Shiba Inu coin, then there is Doge Killer — which is the original’s opposite in terms of tokenomics, and then there are other planned coins, an upcoming DAO and a DEX.

Ryoshi has pitched the Shiba ecosystem as a meme-driven populist economic model, priding themselves in the project’s start from scratch (although they were the beneficiaries of an early investor who provided 10 ETH to get the Shiba coin off the ground).

In line with its meme coin aesthetic, Doge Killer doesn’t have a stringent roadmap that the developers plan to stick to. Instead, the future of Doge Killer is tied to the overall plans of the Shiba ecosystem. Essential to the construction of that ecosystem was the transfer of 50% of the total supply of Shiba Inu to Vitalik Buterin in order to ensure the safety of the project as it developed.

Now, looking ahead, Doge Killer is primed to play a significant role in the still-developing Shiba ecosystem. Ryoshi has made it clear that holders of Doge Killer that provide liquidity to the ecosystem will receive rewards. In addition, with the planned rollout of the Doggy DAO, there are further opportunities for development on the horizon.

Doge Killer was launched on the Ethereum Mainnet as an ERC-20 token. The Ethereum network is still considered the beating heart of DeFi as most smart contracts are hosted on the blockchain. As a consensus mechanism coin, Doge Killer is not minable. Those looking to acquire Doge Killer have to do so via an exchange. 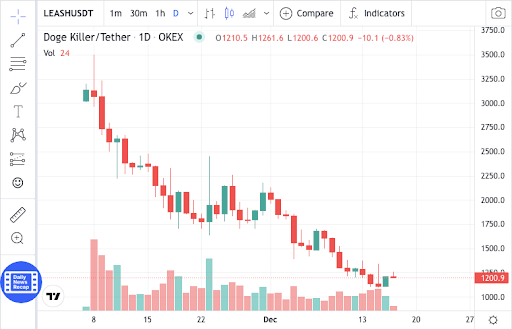 Doge Killer has had unique price movements due to its very limited supply. Launched in November of 2021, the coin started out trading around the $3,000 mark. Since then, there have been ups and downs with the coin now trading around $1,200. Despite the downturn, there are reasons for holders to remain bullish. Given the popularity of its sibling Shiba Inu coin, Doge Killer has a ton of exposure and its tokenomics are very appealing. Should there be another bull run for altcoins, Doge Killer will likely be among the big beneficiaries.

How and Where Can I Buy Doge Killer (LEASH)

While Doge Killer has not yet become as popular as Shiba Inu, it has made significant inroads and now finds itself on a number of major exchanges. One of the easiest ways of acquiring Doge Killer is via the ChangeNOW exchange. ChangeNOW is one of the most user-friendly exchanges out there, offering quick transfers and purchases via bank cards as well as robust security measures and a platform wallet in which users can safely store their assets. Those looking to get Doge Killer can do so in a matter of minutes here.

While meme and dog coins aren’t for everyone, they have carved out a huge audience. Given that Doge Killer was produced by the same team that created Shiba Inu, it is understandable that there is a good deal of hype around this project. In addition, its tokenomics offering something of the yin to Shiba Inu’s yang have given it added appeal. While the price action has trended downwards since the coin’s launch, there are certainly reasons why people are bullish on the future prospects of Doge Killer.