You must have heard quite a lot about TON in the past few years, but who is its creator - Pavel Durov? What kind of mindset stands behind one of the most ambitious crypto projects of today?

You must have heard quite a lot about TON in the past few years, but who is its creator - Pavel Durov? What kind of mindset stands behind one of the most ambitious crypto projects of today?

The totem of the Internet

Pavel Durov is a Russian businessman, developer, and billionaire. In 2006, he founded the social network VKontakte (VK), often referred to as Russian Facebook, and almost a decade later - a cross-platform messenger named Telegram. https://www.instagram.com/p/8xwixSL7Vu/ Durov is no stranger to controversy, especially when it comes to his native Russian government. When the authorities wanted to get access to VK user data to identify protestors in 2014, that was enough for him to sell his remaining stake in the company and flee the country. Durov and his brother had already launched Telegram in mid-2013, so they quite had what to focus on. Durov moved to Saint Kitts and Nevis and started working on his new business venture – Telegram. Pavel and his brother had already launched this messenger in mid-2013. Telegram is an encrypted, cloud-based messaging service that has built an extensive user base on the promise of complete privacy. When asked about his future on the school prom, Durov replied: “I want to be the totem of the Internet”. And this phrase has become prophetic to some extent - Durov is one of those who influenced Russian segment of the Internet most. But how did it all start?

Until 2006, no one knew a man named Pavel Durov. But when his social network VKontakte was launched at the end of 2006, tons of people found out who he was. Durov was born in 1984 in Leningrad. After a while, his father moved to Italy and took the boy with him, where he went to study in the first grade. After returning to Russia, Pavel entered the school by Saint Petersburg State University, which he subsequently graduated with honors. In 2002, he entered the Faculty of Philology at St. Petersburg State University, where he was awarded various scholarships, including a scholarship from the Government of the Russian Federation. This was perhaps where the success story of Pavel Durov began.

Pavel has made successful attempts to create programs and computer games at the age of 11. Perhaps it was then that he decided for himself to become a programmer. At the university, Pavel Durov was distinguished from other students by his high level of intelligence and leadership qualities, which played a huge role in his future. Durov has a brother named Nikolai, who actually helped him create the famous network VKontakte - and until now, helps him to work at Telegram. In 2007, a graduate of the philology faculty of St. Petersburg State University, Pavel Durov, shared the story of how VK was developed. The first project was called durov.com (a database with the answers to exams in the humanities) and the university students’ forum spbgu.ru. There was only one problem: everyone used nicknames, and no one knew who was hiding behind them; all communication took place in virtual reality. Then one of Pavel’s friends who arrived from the United States told him about Mark Zuckerberg’s social network, and soon “Russian Facebook” appeared. Due to both his style and deeds, Durov is frequently associated with Neo from “The Matrix”. This is not accidental - in his early developer’s years, Durov drew inspiration from this famous Wachowskis’ character.

His passionate fight against the system, the priority of keeping the mind clear, and finally, his resembling appearance make them very close. And over the years, this resemblance has only been rising.

In December 2011, Durov woke to find armed Russian security forces outside his St. Petersburg apartment, threatening to bash in the door unless Durov shuts the VK account of one of the Russian opposition leaders. Durov refused, and posted news of the government’s actions online, surprising many Russians and boosting support for VK. After Russia’s war with Ukraine erupted, Durov refused governmental orders again — this time, in April 2014, to hand over the personal data of Ukraine’s opposition leaders from their VK accounts — and then posted fiery comments online. Shortly, after he was fired as CEO VK and left Russia. While still at VKontakte, Durov had secretly set up a new company called Digital Fortress. Its headquarters in Buffalo, New York, reportedly had enough server capacity to house one-third of the traffic of VKontakte. In August 2013, Pavel unveiled the secret – the Durovs had been working on an encrypted chat service called Telegram. https://www.instagram.com/p/4e-q4jr7cn/ More recently, Durov and his team have been looking to expand Telegram with the development of the Telegram Open Network (TON). TON is currently being tested to find out how fast it can process payments and to study the properties and readiness of the network. Preliminary results have reportedly shown that TON provides “extremely high speed” of transactions.

TON is a platform based on a distributed registry (blockchain) that, according to its creators, is capable of processing transactions faster than Bitcoin or Ethereum – almost at the level of Visa or Mastercard. The whole team of brilliant developers are working at the project, some of which have been Durov’s teammates since VK. TON’s native token is called Gram and will be used to conduct transactions on the platform. The total amount of investment in the project so far is rumored to be around $1.7 billion. The full project is supposed to be released later this year, but so far, any proposed launch dates have been repeatedly postponed. The test network was initially planned to be launched in March 2018. In January 2019, Durov told investors that the full-scale launch of TON was scheduled for the beginning of 2019, but that a delay of two to three months was possible due to the “innovative nature of development”.

On May 30, 2019, Telegram introduced a simplified version of the platform instead to appease the investors ahead of the full launch. According to observers, TON will allow users in countries with strong internet censorship to access whatever information resources they want, bypassing state blocking and tracking systems.

2019 was one hell of a year for Pavel Durov. The serial entrepreneur announced and made moves to release the Telegram Open Network — the blockchain associated with his Telegram messaging app. The idea of TON is to allow users to go beyond simply sending messages and emojis to each other, by using the app’s underlying infrastructure to transact a cryptocurrency called Gram in a completely trustless and secure manner. 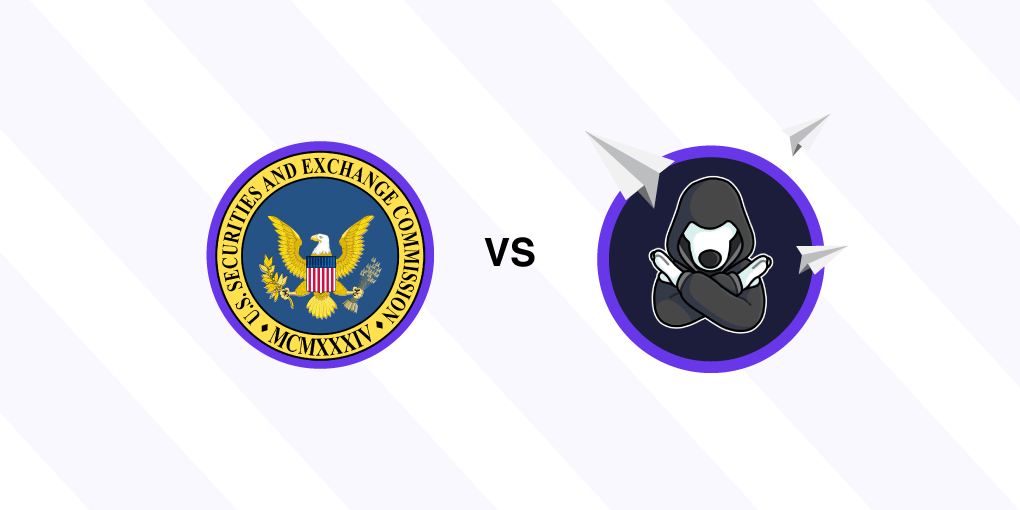 But the United States Securities and Exchange Commission had other plans for the launch of Telegram’s new blockchain product, filing an emergency restraining order in October 2019 in an effort to halt the initial coin offering after it raised $1.7 billion in an unregistered sale. “Our emergency action today is intended to prevent Telegram from flooding the U.S. markets with digital tokens that we allege were unlawfully sold,” said SEC Division of Enforcement co-director Stephanie Avakian at the time. “We allege that the defendants have failed to provide investors with information regarding Grams and Telegram’s business operations, financial condition, risk factors, and management that the securities laws require.” But it would appear that this wasn’t enough for Telegram to properly hit the brakes on its ICO — the SEC managed to dig up evidence that token sales continued after that. Now, Telegram joins large entities like Facebook who want to make meaningful plays in crypto but are being held back at the shirttail by the regulators. Telegram boasts some 200 million users around the world, and the TON blockchain would give them a token-enabled economy to participate in online. But currently, the U.S. government considers this illegal.

As of today, TON is not launched, however, other crypto-related projects have found Telegram ecosystem suitable to develop at. Several cryptocurrency Telegram bots are present today. Here are some examples:

Pavel Durov affected the crypto industry by implementing the feature of bots to Telegram, and we used this opportunity in order to provide instant exchange through our ChangeNOW official bot. It allows you to swap straightaway a wide variety of cryptocurrencies directly from your pocket. To learn more, follow here.

https://www.instagram.com/p/8ovbtVL7ZN/ Pavel Durov is a prodigy with his own libertarian ideas to provide the world with fast, secure, and anonymous communication. If Pavel's history and his love for The Matrix movie is anything to go by, his response to that ultimatum is likely to resemble Neo's answer to a deal proposed by his nemesis, Agent Smith. The agent promises to clear Neo of criminal charges if he provides the agent with information on rogue elements fighting the system. "We're willing to wipe the slate clean, give you a fresh start," he says. "All that we're asking in return is your cooperation in bringing a known terrorist to justice." "Yeah. Well, that sounds like a pretty good deal," Neo responds. "But I think I've got a better one. How about, I give you the finger?" TON has started off as Durov understood - blockchain is a perfect solution to his dream to create a decentralized and regulation-free network for communication, data sharing, and payment. Ideas behind blockchain have perfectly matched Durov’s libertarian views. So far, TON has not yet made all Durov’s dreams true, but nothing is impossible. We’ll see how the story goes.