Last Friday, the People’s Bank of China (PBOC) issued a statement declaring that all crypto transactions and digital finance-related activities are illegal.

This is, of course, not the first time China has officially banned cryptocurrency operations. The first ban was declared back in 2013, then another was issued in 2017, and again just earlier this year Chinese authorities announced that financial institutions and payment companies would no longer be allowed to provide crypto-related services. The crypto interdiction from earlier this year happened in May and made a lot of headlines due to what the repercussions of the ban were set to mean for the mining industry and the global cryptocurrency industry. 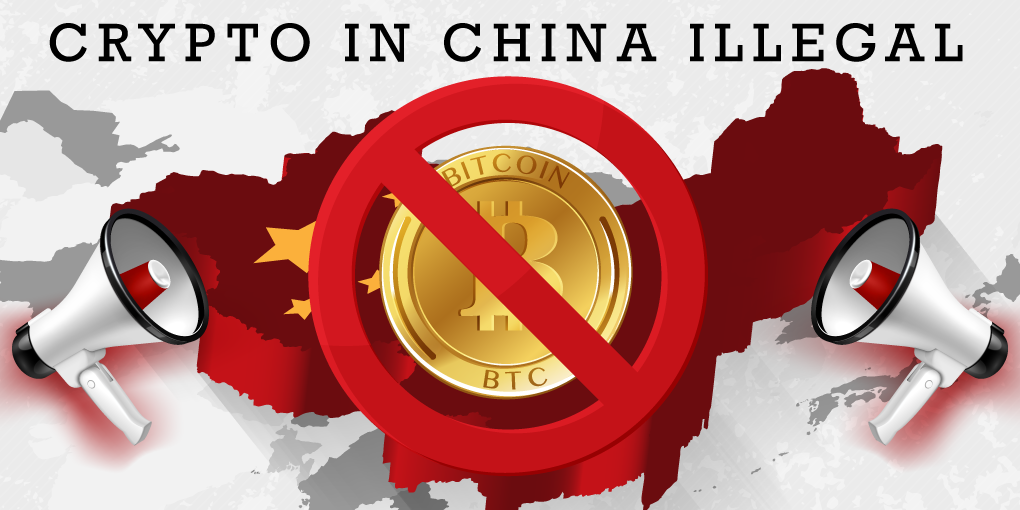 At the time, it had been estimated that around 75% of the world’s Bitcoin mining was happening in China. The sudden shutdown of mining operations meant that the trillion-dollar mining industry was going to have to reinvent itself. At the time, the upheaval happening in China was not the only external factor pressuring the crypto industry. There was also a rising chorus of voices concerned about the environmental damage Bitcoin mining was causing around the world and calling for changes to be introduced into mining practices.

This time around the crypto industry is also not only facing pressure on one front. Prior to China issuing its latest ban last Friday, the crypto market had been jittery all week as regulatory efforts in America seemed to be increasing in strength.

A Threat to the Well-Being of China

Despite China’s history of ineffective bans, this time it looks like they are for real. While in the past enforcement of the bans has been difficult due to loopholes and the complexity involved in identifying all crypto-related transactions, this time the statement from Chinese authorities has been the most unequivocal.

Beijing has likened the trading of cryptocurrency to a threat against the well-being of the Chinese nation, claiming that it will "resolutely clamp down on virtual currency speculation ... to safeguard people's properties and maintain economic, financial and social order," according to the PBOC. In terms of enforcing the measures, Chinese authorities have said that they will cut off all financial support and electricity being supplied to virtual currency and mining operations and have already pressured outside companies to drop Chinese clients.

There has been some speculation over the sincerity of the dramatic rhetoric coming from Beijing. It seems that China truly is intent this time on removing all virtual currencies from within its borders (be they physical or virtual), save one, the digital yuan. While the clampdowns on crypto have been ratcheting up, China has simultaneously been ramping up development on its own central bank-issued digital currency. The digital yuan is expected to be released en masse as early as the start of 2022, after it is tested at the upcoming Winter Olympics.

As previously mentioned, the market drawback following the announcement of the ban was formidable but temporary. While in theory, the idea of China issuing such a broad interdiction would seem deeply problematic for the crypto industry as a whole, there are a number of factors that have mitigated the force of the blow.

Firstly, this is not the first time that Beijing has produced such a decree. China has had a rocky relationship with cryptocurrency since the very beginning. It certainly recognized the vast potential in the technology, with some of the biggest companies and exchanges originating in China, but it also recognized that tough-to-track digital assets open up avenues of capital flight for individuals looking to escape the clutches of an authoritative economic structure.

Secondly, if there has been one constant in the constantly changing cryptocurrency industry, it has been its ability to redefine itself according to circumstance and to do so quickly. When one door closes in crypto, another ten open — or at least so it seems. This was evident back in May when miners were suddenly facing pressure both from China and those concerned about the effect the practice was having on the environment. Since then the mining industry has transformed itself, with more and more companies transitioning to green models of energy consumption and mining operations setting up camp in diverse areas of the world.

More Growth on the Horizon?

At this point, digital finance is big enough to withstand exclusion from the Chinese state. The opportunities presented by cryptocurrency are attractive enough that if China does not want to take them, they will just fall into the hands of others who will be eager to take them.

China is, of course, an economic superpower with a huge population, and the exclusion of its citizens from the cryptocurrency market is regrettable, especially considering that it could have served as a lifeline for many of those citizens looking for more economic freedom. The negative impact that the ban has had on the market, while steep in the immediate aftermath, has already given way to a partial recovery.

Given the market recovery, experts do not expect the ban to have long-term negative effects on the cryptocurrency market, especially with other governments and major corporations rolling out major cryptocurrency projects. Recently, El Salvador became the first country to recognize Bitcoin as legal tender, and Twitter is on the verge of unveiling crypto payment and NFT features. This forward momentum is unlikely to stop, even with all the weight of China standing in its way.