After recently recovering the crypto market has crashed again in the past week.

Bitcoin and Ethereum pulled back followed by many other currencies with a few exceptions including SOL, LUNA, and DOGE which grew by 5-8% in the last 7 days.

Apart from the ongoing war in Ukraine, there are many other factors that may be causing the volatility of the market. The US Federal Reserve’s plan to increase interest rates is expected to have a negative impact on traditional stocks as well as the digital currencies. Besides, on March 31 the European Union voted to ban anonymous crypto transactions while on the same day the U.S. Securities and Exchange Commission rejected the application for the Ark 21Shares Bitcoin ETF. Both pieces of news may have led to the plunge of many coins and tokens on the next day. 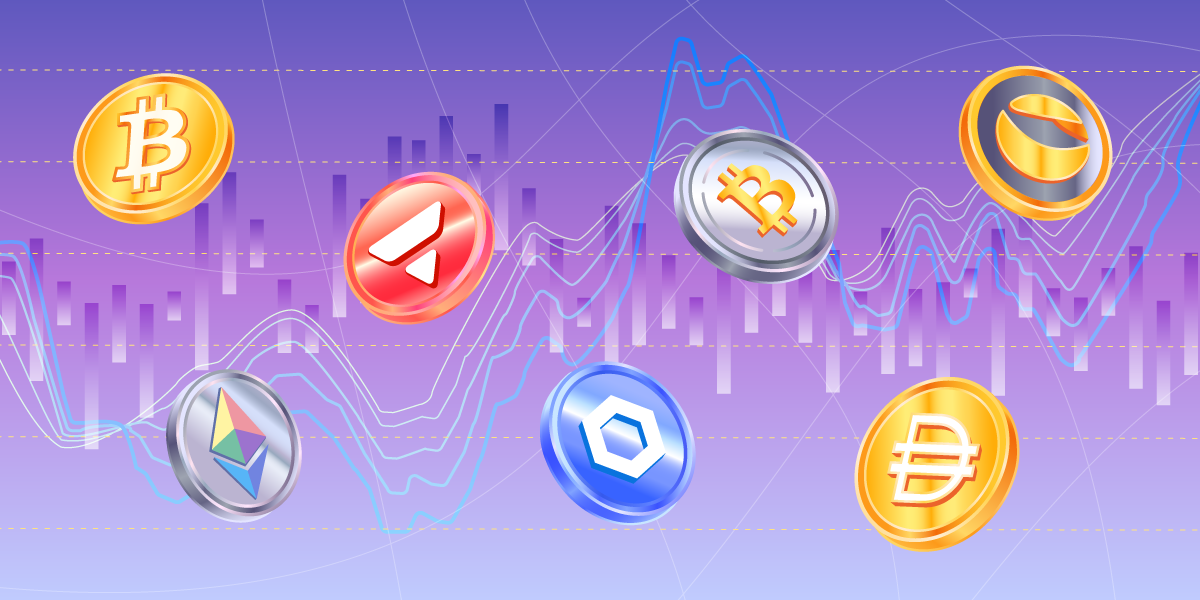 Bearish Trend for Bitcoin and Ethereum 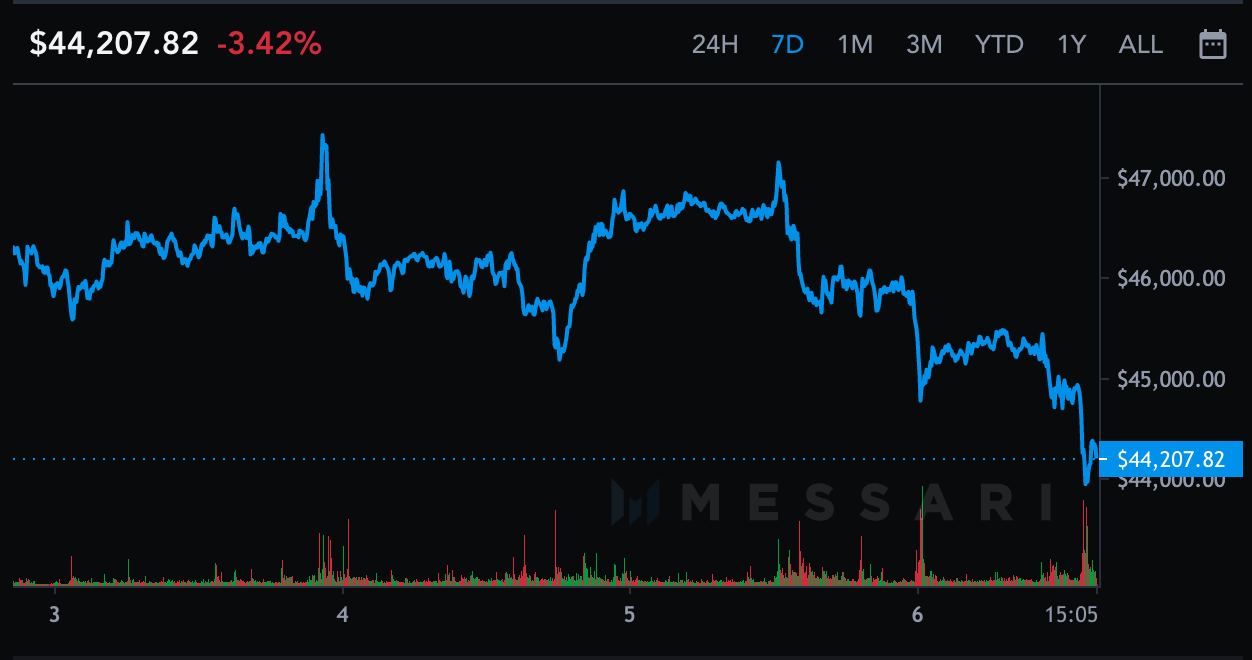 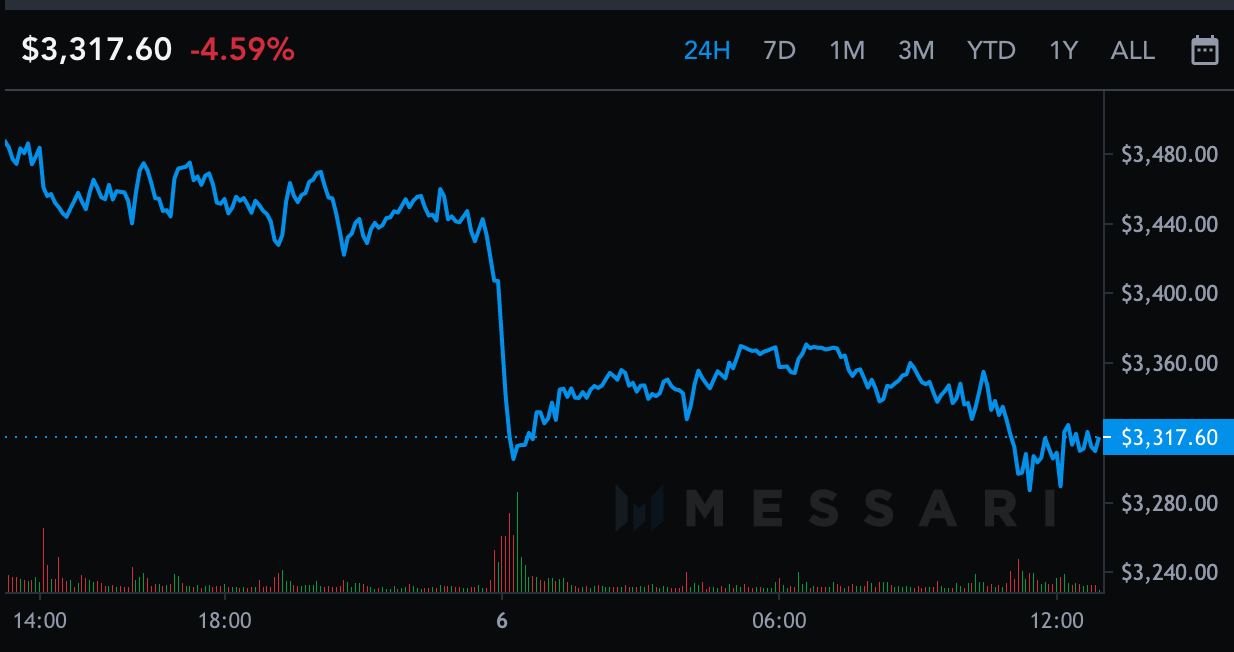 Following BTC and ETH, most popular DeFi coins (with the exception of Terra) have dipped in the last week. Let’s briefly review the top 5 DeFi cryptos and how they have behaved recently.

LUNA is now the leading DeFi coin by market capitalization. Its blockchain protocol is aimed at powering price-stable global payments systems. The platform’s native token LUNA is set to stabilize the price of its stablecoins. 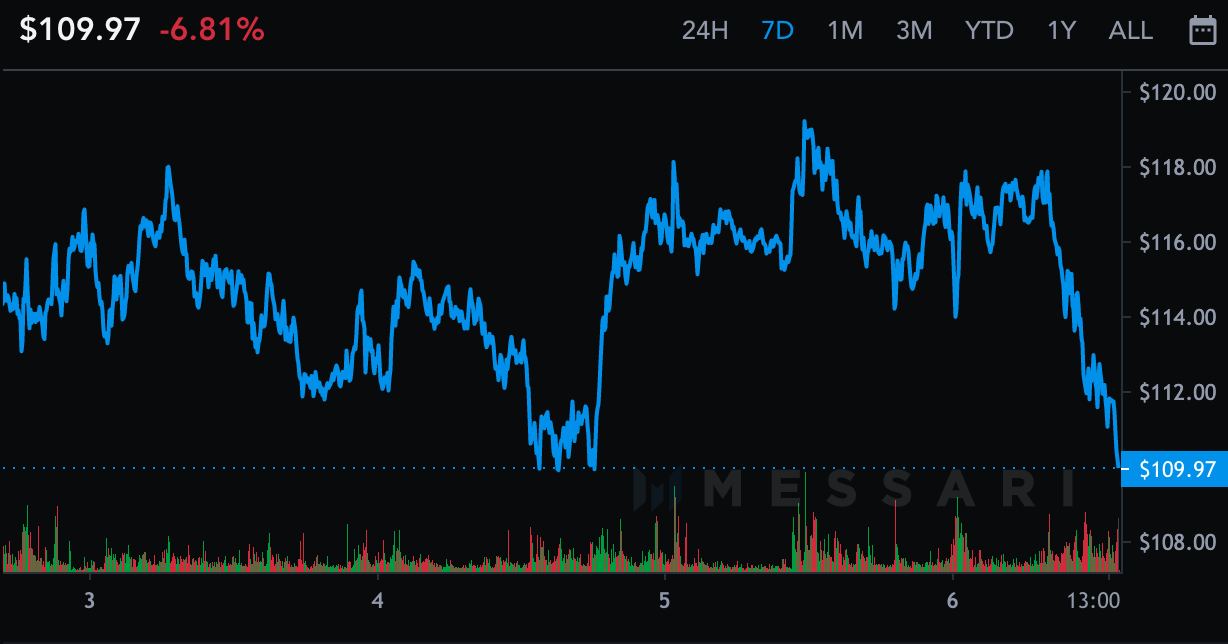 Avalanche is considered to be the fastest smart contracts platform in the whole blockchain industry. It also claims to be relatively cheap and eco-friendly. Since its launch in 2020, the popularity of the platform and its native currency have grown tremendously.

After rising significantly in the last month, the coin has slightly dropped in the last seven days losing 7.96% in its value. In the last 24 hours AVAX fell by 9.33% and now costs $84.79. 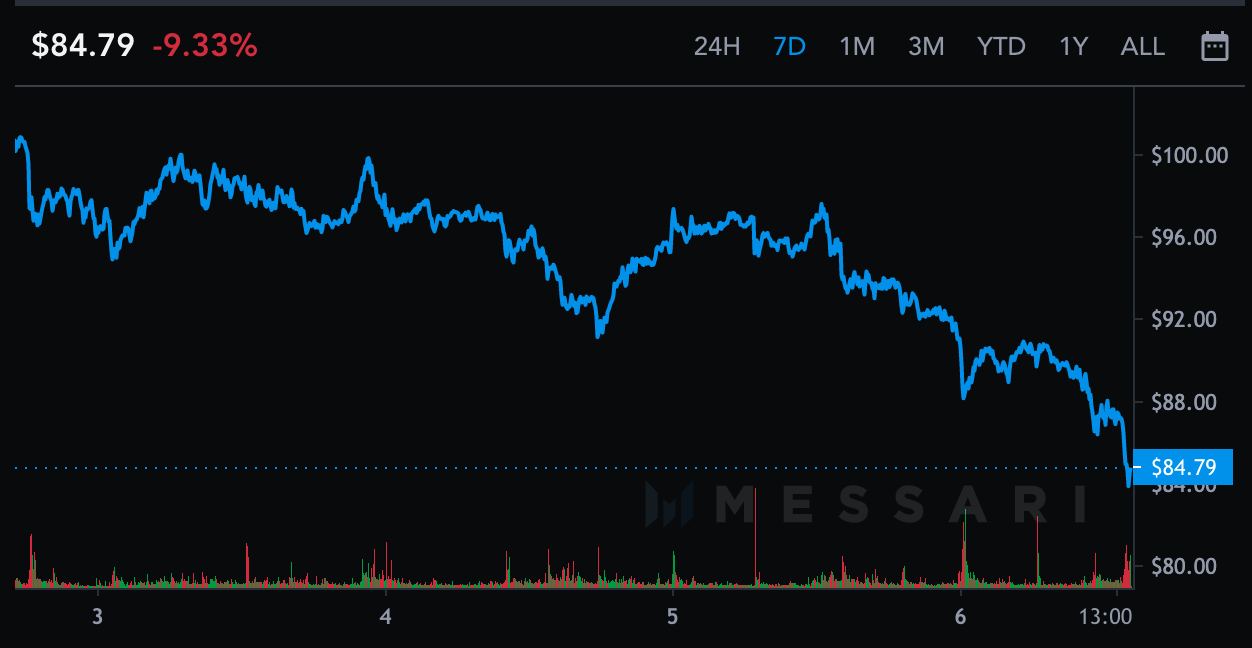 WBTC is basically a tokenized version of Bitcoin on the Ethereum blockchain. The currency has all the advantages of ERC-20 tokens and is backed by Bitcoin at a 1:1 ratio which means that its price is pegged to BTC at all times. 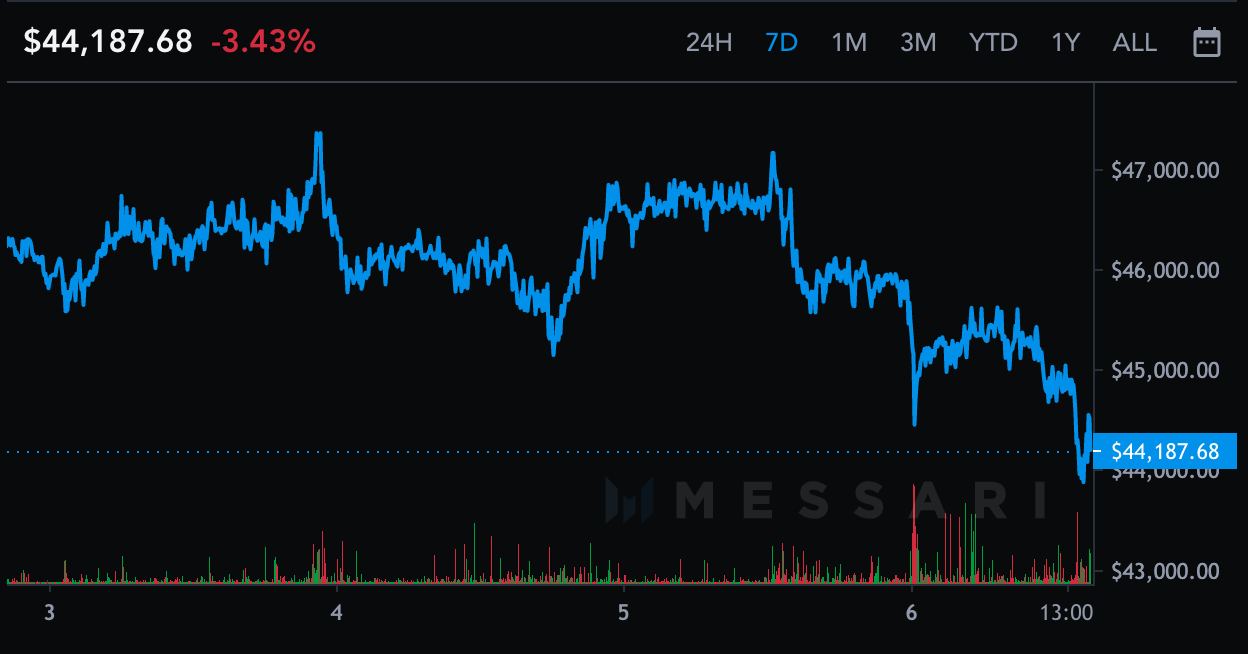 Launched in 2019, Dai is a stablecoin run by the Ethereum blockchain. The price of DAI is soft-pegged to the US dollar and is collateralized by numerous other cryptocurrencies. 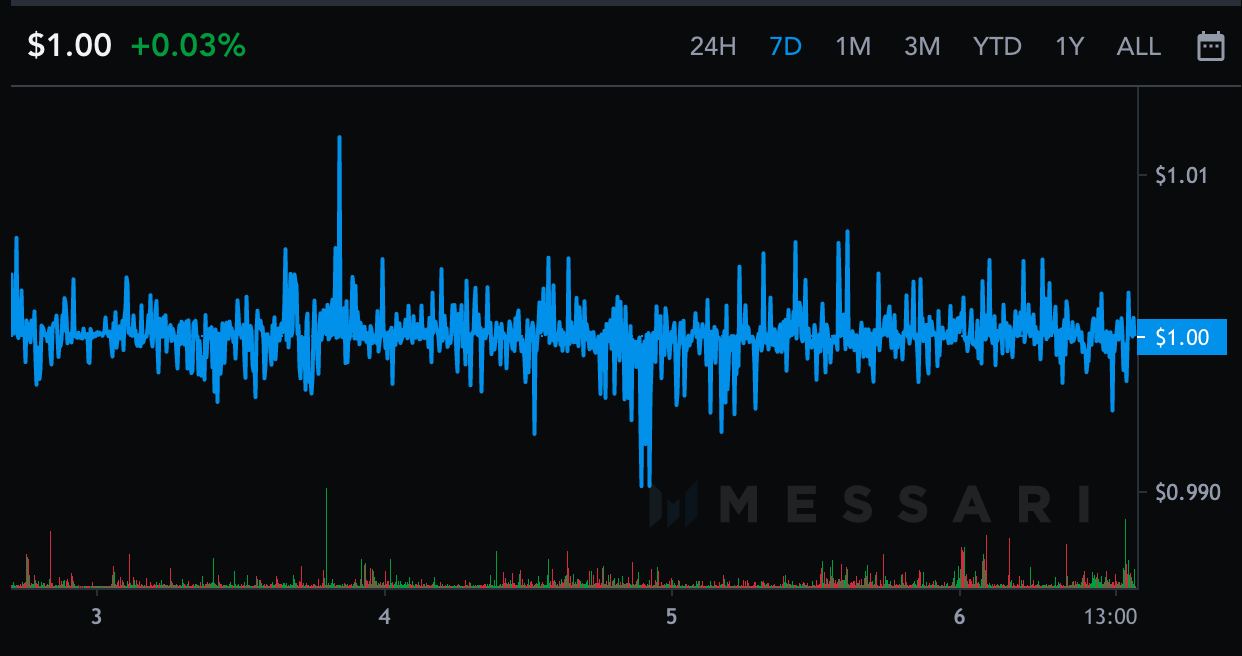 Launched in 2017, the Chainlink project is meant to enable universally connected smart contracts. It uses a decentralized oracle network and is powered by a large open-source community. 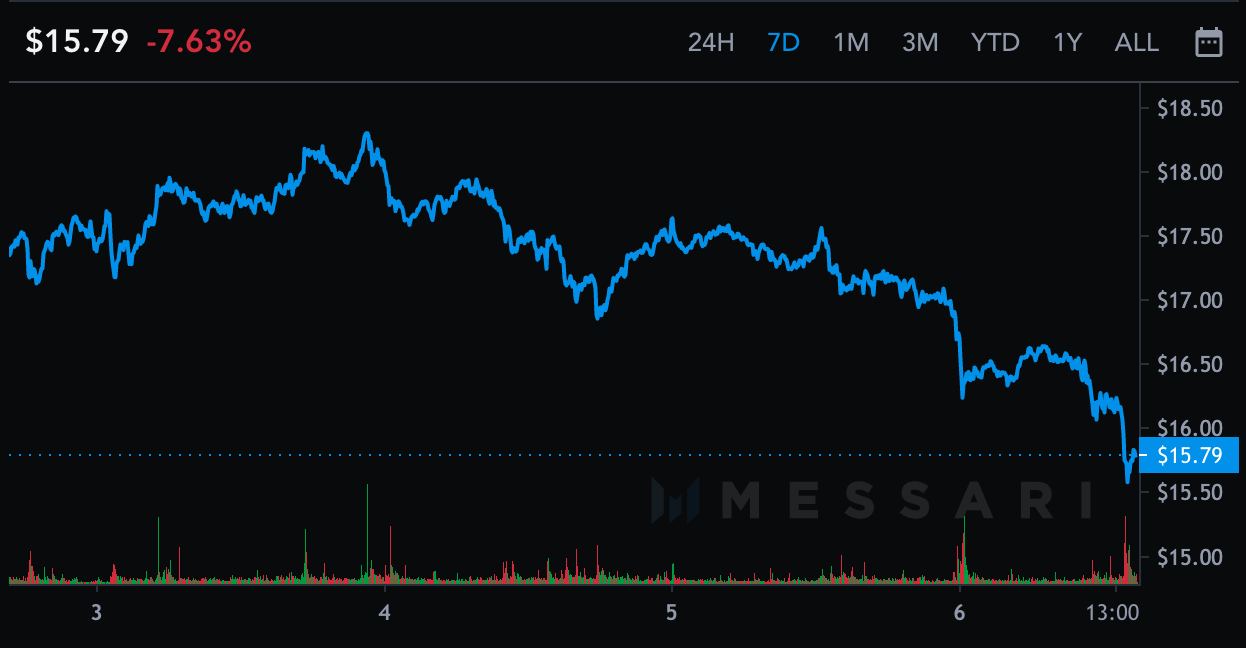 It seems that the month is starting with the bearish trend for most cryptocurrencies. However, since April is historically known to be successful for the market, coins might be on the rise soon again.