Political adviser Ian Calderon and Bitcoin enthusiast Dennis Porter tabled a bill angling for the legalization of Bitcoin in California.

This report follows news of the potential adoption of Bitcoin as an official legal tender in Arizona and the Island of Tonga. California has now recently joined the trend. 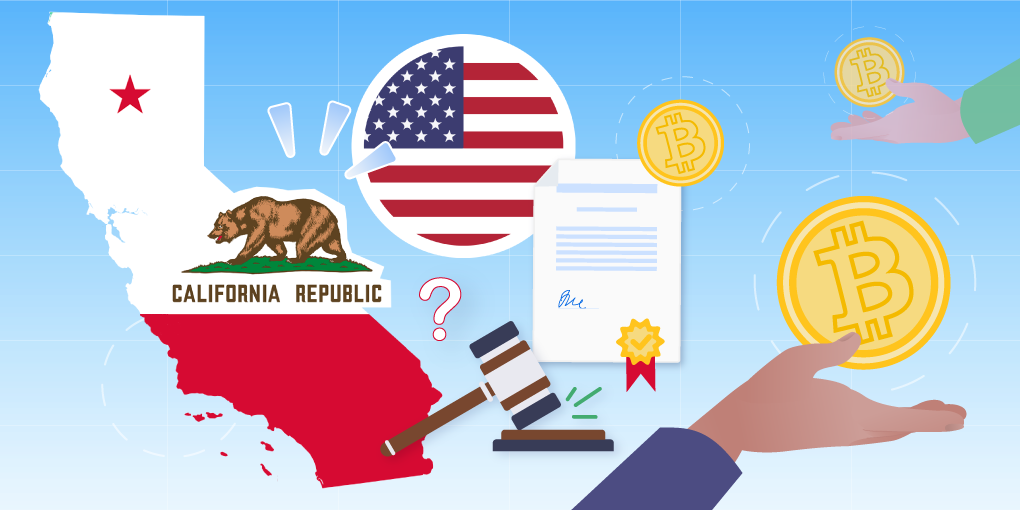 On the 19th of February 2022, Ian announced collaborative plans between him and Bitcoin enthusiast Dennis Porter to prepare a bill proposing the legalization of crypto in California. However, the proposal has garnered some criticism. A user on Twitter commented on the post, saying that the outcome of the bill merely makes taxes payable via Bitcoin and not an official legal tender per se. The user added that the effort wasn't groundbreaking, since California won't be the first state to explore this possibility.

A running candidate for US Congress addressed the confusion regarding the proposal via a Twitter comment on the same post. She clarified that the proposal was in fact permitting the payment of government services in cryptocurrency and not supposing Bitcoin as a legal tender.

Dennis attached a link to a petition on Votervoice to the tweet. Votervoice is a platform that allows residents of the territory to have an influence on legislation virtually. He created the petition to build advocacy for Bitcoin legalization and raise funds for the proposal.

According to the petition's contents, Bitcoin is only valuable as a means of exchange and lacks the government's approval as a legal tender. This makes using Bitcoin for exchange attract capital gain taxes. To this effect, the petition encourages the acceptance of Bitcoin as a legal tender in the United States of America. Additionally, it highlights all the potential benefits of giving the cryptocurrency this official recognition in the state.

The petition comes at a timely moment for California. The state currently suffers from a collage of issues, from rising taxes to increasing numbers of socialist regulations. The current state of affairs in California is pushing away residents by the numbers, and the money follows. In fact, California is losing many inhabitants devoted to the state's lifestyle, to other lush cities like the crypto-friendly Miami.

Effects of Legalizing Bitcoin in California

The boldest fathomable move a state could make is passing Bitcoin as a legal tender. Therefore, El Salvador caught a lot of attention when it legalized Bitcoin on September 7. Amidst the economic risks, the state proceeded to adopt cryptocurrency as an official legal tender, to the surprise of many. As expected, El Salvador pulled a lot of attention from tourists and the press, however, not all were positive.

California being the second state to legalize crypto will certainly produce massive ramifications for crypto and the world at large. If California legalizes cryptocurrency, other states are likely to follow suit, owing to the state’s influence in the global community.

You can buy, sell or swap any of your preferred tokens for Bitcoin on ChangeNOW without any registration.