Adam Back: Why The Originator Of Bitcoin Should Stay Anonymous?

Adam Back is a British cypherpunk, businessman, and cryptographer, whose name has recently surfaced again with regard to the question: who is Satoshi Nakamoto? Some crypto enthusiasts consider Back as the top contender behind the persona of Bitcoin’s founder. But no matter if this is true or false, Back proposes some ideas regarding the future and the very nature of Bitcoin that are either way worth your attention. In this article, ChangeNOW brings you the very best of Adam Back’s propositions that deserve to be reflected upon.

Adam Back is a British cypherpunk, businessman, and cryptographer whose name has recently surfaced again with regard to the question: who is Satoshi Nakamoto? Some crypto enthusiasts consider Back as the top contender behind the persona of Bitcoin’s founder. But no matter if this is true or false, Back proposes some ideas regarding the future and the very nature of Bitcoin that are either way worth your attention. In this article, ChangeNOW brings you the very best of Adam Back’s propositions that deserve to be reflected upon.

The Father of Crypto?

Satoshi Nakamoto - the author of both Bitcoin and the very first blockchain database - is considered to own about 1 million Bitcoins, currently valued at about 11 billion USD. The true identity of Nakamoto has always been kept very well hidden from the public. Over the years, there have been many theories regarding his identity. Some have argued this is John McAfee, while the others have claimed to be Satoshi Nakamoto themselves, most notable of them being notorious Craig Wright. Even though Nakamoto has virtually disappeared from the public eye, his true identity remains the crypto’s biggest mystery to this very day. Back in May 2020, Barely Sociable, an investigative YouTube channel with over 400,000 subscribers, released a 40-minute video claiming that Adam Back is Satoshi Nakamoto. As of the 7th of August, the video has since garnered nearly 400,000 views and 23,000 likes. https://www.youtube.com/watch?v=XfcvX0P1b5g In this video, Barely Sociable carefully studies the beginnings of Bitcoin and the underlying motivations of the persona of Satoshi Nakamoto. They do this by presenting the email correspondences of Nakamoto, Reddit threads, and other forum discussions. Adam Back does look like a strong contender. He is a British cryptographer with a PhD in computer science from the University of Exeter in England. Back in the 1990s, he invented Hashcash, a system of verification that Bitcoin also makes use of. He is also the very first person Satoshi contacted online in 2008, asking about Hashcash. So does this make him Satoshi Nakamoto? During a phone interview from Malta last June, Back said to Bloomberg that he is definitively not Nakamoto. He also pointed out it’s better for the creator of the world’s largest cryptocurrency to remain anonymous and a mystery. “It’s generally viewed at this point as better that the founder of Bitcoin is not known because a lot of people have a hierarchical mindset,” Back said. “If you read about a technology, you try to figure out who is the CEO of a company, and people want to ask questions. Because Bitcoin is more like digital gold, you wouldn’t want gold to have a founder. For Bitcoin to keep a commodity-like perception, I think it’s a very good thing that Satoshi stays out of the public.”

Why Will Bitcoin Skyrocket Even Without Institutional Adoption? Two reasons

Despite constantly denying that he is Nakamoto, Adam Back is still a very strong Bitcoin supporter. He is the CEO of Blockstream, a company that sells equipment to support Bitcoin-related operations. Blockstream primarily works through sidechains, a series of blockchains that run parallel to the Bitcoin blockchain. The company also enables other parties to mine Bitcoin. Their list of clients includes Fidelity Investments and Reid Hoffman. Back also mines Bitcoin personally — only Bitcoins and no other cryptocurrency for that matter. He holds onto what he mines and doesn’t sell the funds. 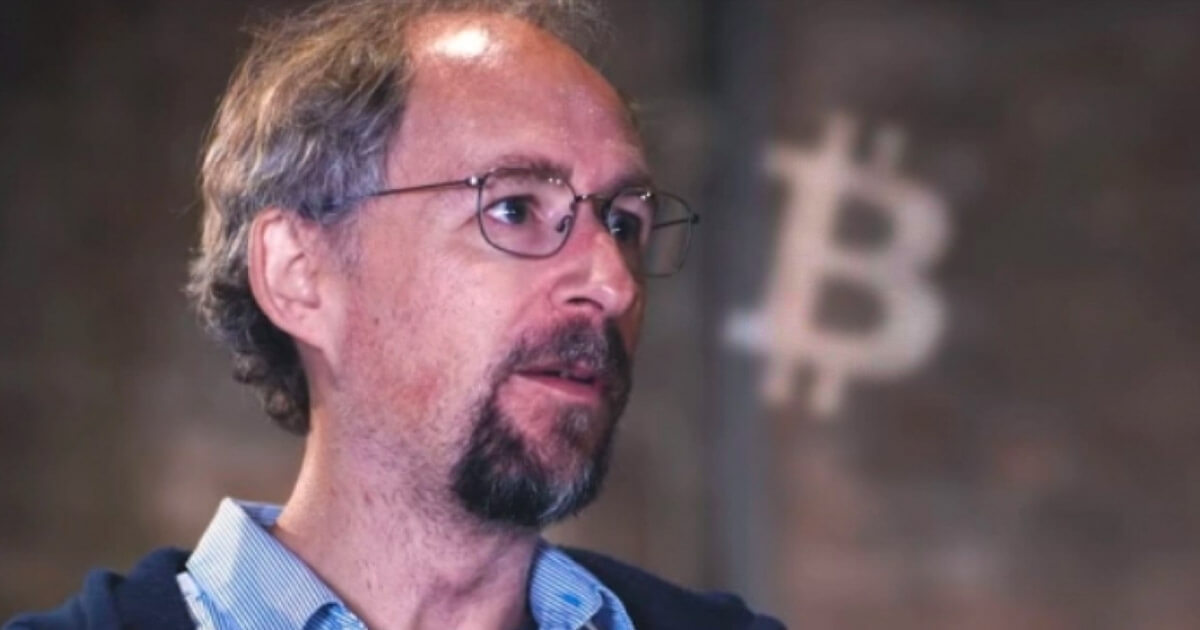 Back is a strong believer in the long-term value of Bitcoin, mentioning that 1 BTC will go to 300,000 USD within five years from the current approximate price of 1 BTC to 11,000 USD. He even goes on to say that this will happen even without any additional institutional adoption. Retail investors who’ve carried the torch for the last 10 years since Bitcoin’s debut, will continue to show support as institutions remain cautious. He believes that people see Bitcoin as a way of retaining value as there is a lot of money printing throughout the world. Back believes that with more people working from home due to the Coronavirus epidemic, real-estate investments have become less appealing. Bonds may be overvalued, much like other institutional investments, making it a difficult environment to get any yield. So some investors may be moving a lot of money to Bitcoin, though it too could see some headwinds as more people lose jobs. To date, Blockstream has raised about 90 million USD from investors including Khosla Ventures and Digital Currency Group to prepare for this greater adoption of Bitcoin. The company is also looking to raise more funds to expand its mining capacity, among other projects.

Even with Adam Back’s denial of being Satoshi Nakamoto, he has not been able to avoid being caught up in scuffles within the crypto community regarding who actually created Bitcoin. Just last April, Craig Wright, the man claiming to be Nakamoto, abandoned a defamation lawsuit against Back and had to pay his legal fees. Back was sued because he said in the past that it’s clear “from a tech perspective” that Wright was not Satoshi Nakamoto. He even tweeted that Wright had published “fake proofs” and forgeries while also alluding to the idea that Wright had committed tax fraud. https://twitter.com/adam3us/status/1115925155962851329 What’s clear for the time being is that Back has a plan for Bitcoin and blockchain technology moving into the future. He has strong convictions for the model of Bitcoin moving forward and is willing to fight tooth and nail to make it a reality. Only time will tell whether or not Adam Back is truly Satoshi Nakamoto - however, as he says himself, maybe Bitcoin founder’s name remaining anonymous is really for the best.