Voyager Has Sent over $174M to Celsius, Nansen Confirms

Apparently, the two companies became partners in 2019, although at this moment Voyager doesn’t manage any assets on Celsius.

The Nansen analytics platform shed light on the transfers between Voyager and Celsius in the last few months. It turns out that lately Voyager has sent 174M USDT, 65k ETH, and some amounts in MATIC, KNC, AAVE, COMP, OMG, and ZRX currencies to Celsius Network.

The move might have been a loan meant to help restore Celsius’ liquidity. The Celsius Network has proved to have issues with its operations by suspending customer withdrawals earlier this month. Last week, the CEL token price skyrocketed by almost 300% supposedly as a consequence of a short squeeze, although later the currency went down again.

You can buy, sell, and swap the CEL token at ChangeNOW. 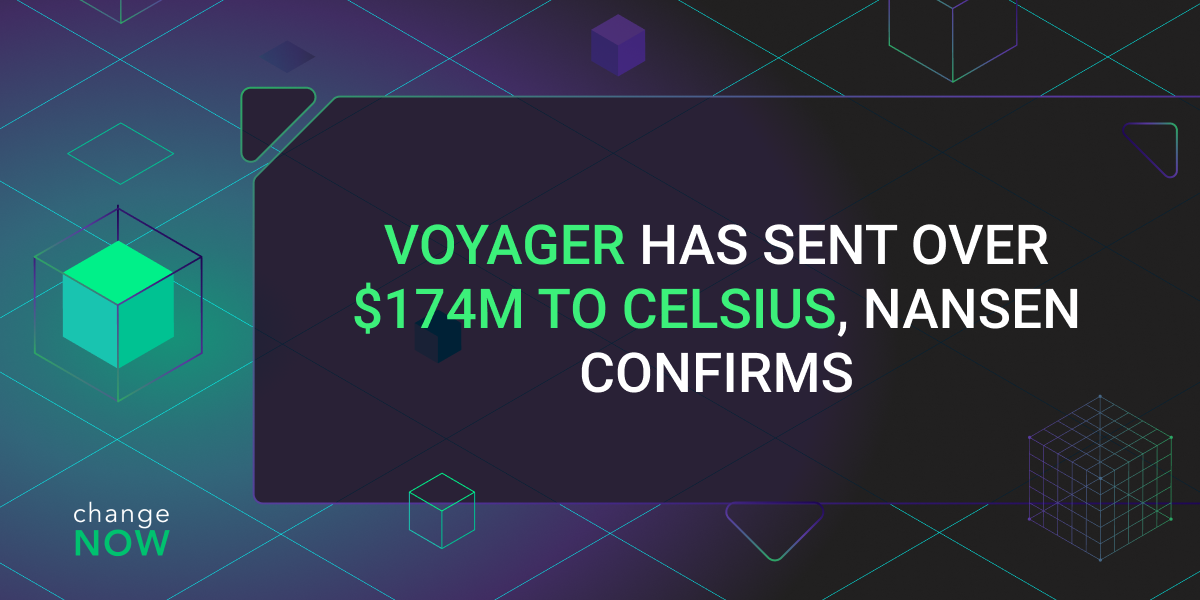