Top ETH whales keep stocking up on Shiba Inu tokens, especially after the crypto’s price tumbled by 16% over the last week.

One of the whales under the name “Gimli” bought 386 billion Shiba Inu tokens in just two transactions, while the other ETH whale wallet named “BlueWhale0159″ acquired 147 billion SHIB at once. As the data shows, Shiba Inu remains to be the largest token held by top 100 ETH whales.

You can exchange, buy, or sell SHIB with ChangeNOW. 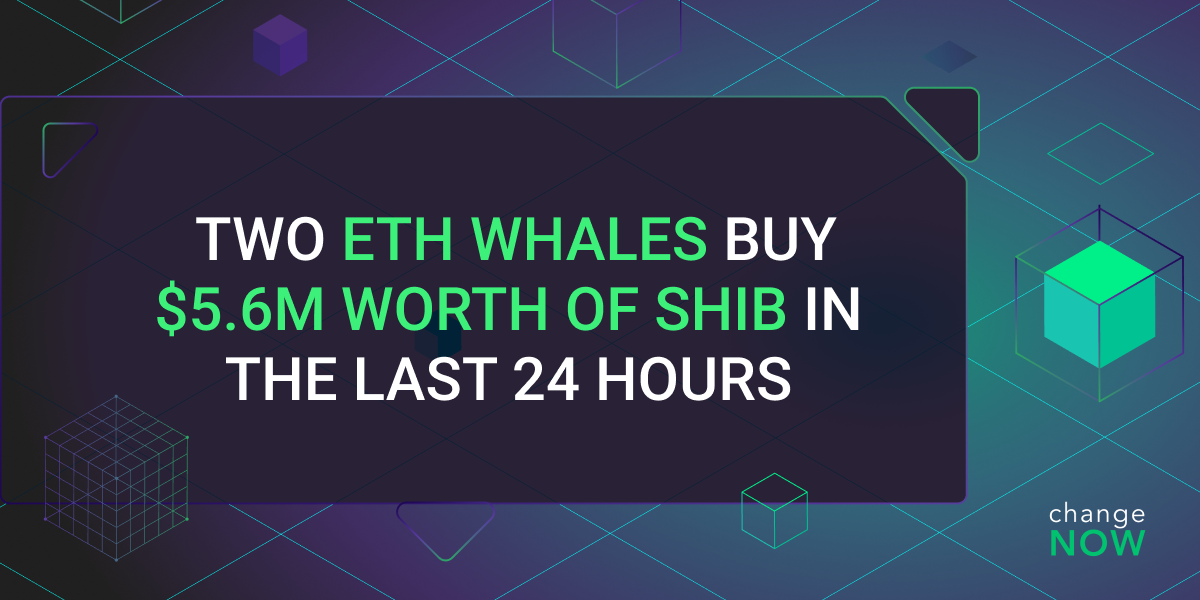