Twitter has gained quite a popularity among cryptocurrency and blockchain enthusiasts. Tweeting and reading about relevant news, updates, scams, and other digital currency topics is an excellent way to stay on top of what is happening in the blockchain technology niche. In this article, we have made a list of the Top 7 most influential Twitter accounts about crypto. They regularly write tweets about Bitcoin, Ethereum, and cryptocurrencies in general. We took several factors into consideration when compiling our list: global outreach, the number of social media followers, and overall respect the person enjoys in the BTC community. Here they are:

1. Vitalik Buterin – The Co-founder of Ethereum and Bitcoin Magazine

Vitalik Buterin is one of the most famous names in the Bitcoin and crypto industry. He is a programmer and writer who was involved with BTC until 2014. In 2015, he became one of the co-founders of the Ethereum blockchain. Last year, he announced a significant upgrade to Ethereum 2.0 intended to address the scalability issues of the platform's internal systems. The final testnet for Ethereum 2.0 was launched on August 4th. It is assumed that the platform will become operational by the end of 2020. Vitalik is a vivid Twitter user who spends a lot of time tweeting and engaging with other users. He discussed Ethereum with Tesla and SpaceX founder Elon Musk last year. Musk wrote a short tweet asking Vitalik, “what should be developed on Ethereum_._“ Buterin responded by inviting his colleague to a crypto conference and listing some of his development ideas. Vitalik’s Twitter feed keeps the community informed about everything related to the development of Ethereum and what ideas he has for the new platform and crypto in general. He often suggests exciting new projects, like the Dark Forest strategy game. He likes to discuss the power and influence the governments have on the economy, and how decentralized finance is the future. https://twitter.com/VitalikButerin/status/1292082943012171777

Changpeng Zhao is the CEO of Binance — one of the biggest cryptocurrency exchanges in the world. He is a social media influencer that made headlines in 2018 with his grammatically incorrect tweet “funds are safu.” https://twitter.com/cz\_binance/status/1011141655079018496 Unfortunately, Zhao’s verified account was one of the high-profile accounts targeted in the recent Twitter hack by scammers. The coordinated attack against verified accounts resulted in fake Bitcoin scam giveaways, as reported by. A scammer carried out a social engineering attack and pretended to be several prominent individuals. He posted his own Bitcoin address and promised users to double their investment if they sent funds to his Bitcoin wallet. While discussing the next Bitcoin bull run, CZ wrote a tweet to his followers. He claimed that Amazon President Jeff Bezos could trigger the next important event, according to Forbes. https://twitter.com/cz\_binance/status/1071331936008687617 There have been many rumors that Jeff Bezos has invested in Bitcoin. Still, those reports were neither confirmed nor denied in public. Follow Zhao to stay informed about what is happening on one of the world's largest cryptocurrency exchanges. Read about new coin listings and the DeFi market. Zhao likes to share airdrops and new opportunities to earn crypto with his followers.

3. Charlie Lee – the creator of Litecoin

Charlie Lee is the creator of Litecoin and ex Engineering Director at Coinbase. He learned about Bitcoin while he was an employee at Google. In the early years, he was interested in mining cryptocurrencies until he decided to develop his own coin. That signaled the birth of Litecoin. He quit his job at Coinbase and devoted all of his time to his new digital currency. Litecoin was created to complement Bitcoin and was a rival currency. Still, Charlie never had any doubts about the importance of BTC. In one of his trending tweets from 2018, he advises his follower base to try and own at least 1 BTC before investing in any other altcoins.

He surprised many when he announced that he sold all of his Litecoin and no longer owned any. Charlie Lee’s Twitter feed contains a lot of relevant information concerning SegWit, blockchain, fungibility, etc.

Andreas Antonopoulos is one of the most respected personalities in the blockchain community. He is a celebrated author, coder, and educator on everything crypto. He is a renowned speaker and participant in hundreds of podcasts and conferences. Andreas has had guest appearances on Bloomberg, CNBC, CNN, BBC, and many others. He is best known for his authorial works, “Mastering Bitcoin,” and “Mastering Ethereum.” He is currently working on another book titled “Mastering the Lightning Network.” Andreas has cooperated with the banking sector and offered support to law enforcement as a witness all over the world. People found it hard to believe when they read his tweet that a lot of his work was done for free and that he was in debt for a long time. https://twitter.com/aantonop/status/936288356069183488 The crypto communities came together unbelievably. They sent Andreas almost 100 BTC worth of donations after publicly announcing that he had to sell his Bitcoin to pay for rent and support his family.

Naval Ravikant is a famous investor in startups and a huge technology enthusiast. He regularly tweets about cryptocurrencies and the future of finance. He is known as the co-founder and Chief Executive of the US-based platform for investors and job-seekers, AngelList. As an investor, Naval has had tremendous success by investing in over 200 different companies: Uber, Twitter, Stack Overflow, OpenDNS, and FourSquare, to name a few. In the past, Naval ran a crypto hedge fund - MetaStable Capital. Today, he is viewed by many as a philosopher of technology. He has regular podcasts on Apple, Google, Instagram, YouTube, and other platforms. His Apple podcasts have been highly rated by his viewership. His Twiter thread “How to Get Rich (without getting lucky)” and the following career advice he gave was trending on Twitter and was viewed by millions. Take a look! https://twitter.com/naval/status/1002103360646823936

Nick Szabo is a well-known computer scientist and cryptographer involved in the world of crypto since its inception. He invented the term “smart contracts” and proposed the Bit Gold financial system, considered by many to be the predecessor to Bitcoin. Due to his extensive knowledge and expertise in cryptography, the community believes that he could be the creator Satoshi Nakamoto. His social media feed is regularly updated with tweets relating to current world events. Nick has a personal blog where he shares his thoughts in essays about disruptive technologies, the monetary system, and cryptocurrencies. Recently, he has criticized the government’s response to the pandemic. He isn’t afraid to express his opinion on Coronavirus. When Nick speaks, the community takes note. His interests and discussions on Twitter span across finance, smart contracts, and cryptography. https://twitter.com/NickSzabo4/status/1258763665244749829 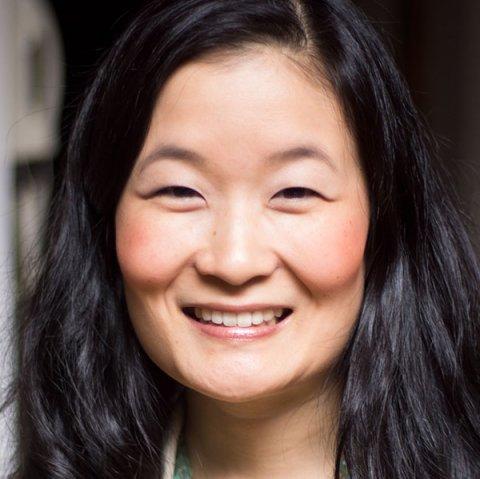 Laura Shin doesn’t own any digital assets. But unlike people like Donald Trump, Bill Gates, or Warren Buffett, she is a big promoter and fan of the technology. She is the host of the two popular crypto podcasts: Unchained and Unconfirmed. Through her tweets and podcast interviews, her follower base is kept up-to-date with the latest events. In her last episode, Laura interviewed Vitalik Buterin about the upcoming Ethereum 2.0 and his thoughts on DeFi technology. https://twitter.com/laurashin/status/1288089803775512577

Following relevant Twitter accounts is a great way to keep yourself informed about what is going on in our favorite industry. The individuals we have recommended are renowned experts, trusted, and respected worldwide. The content they share is relatable, informative, and inspiring. Their track records and success stories are proof of their expertise, which makes them irreplaceable. They are rightly called crypto Twitter influencers because their voice matters and should be heard.