Terra (LUNA) has just set a record high of $20.05 billion in total value locked, beating BSC’s and recording an ATH in the process.

While the network’s TVL was at $11.9 billion on the 1st of December, new data has revealed a 68% increase in just over 3 weeks. This indicates that Terra enthusiasts are putting substantial funds into investing in the protocol to obtain staking rewards.

With the value of its market cap resting at 36.32 billion USD, Terra’s native token LUNA is the 9th largest crypto project at the moment, beating both Polkadot and Avalanche. 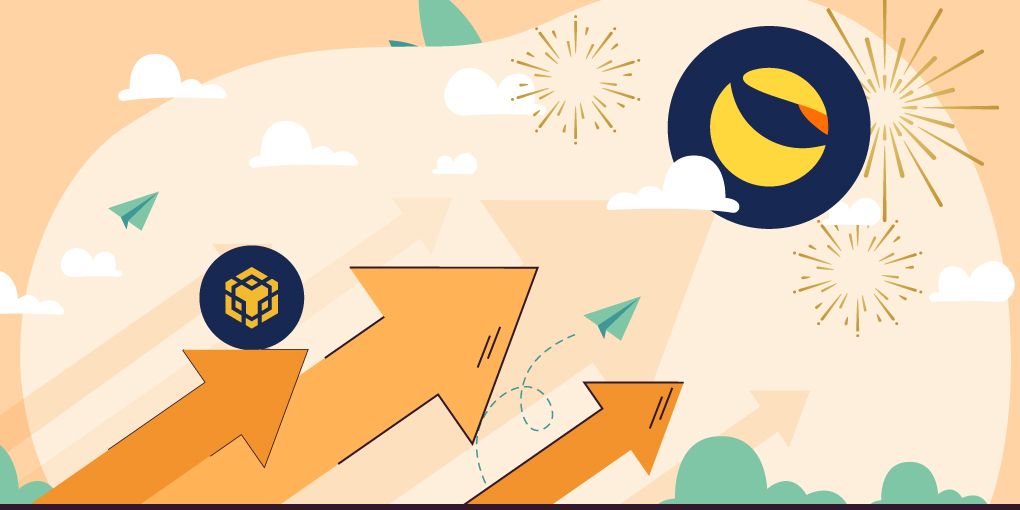 Over the past month, LUNA has been on a steady climb upwards. The coin currently trades above $96 following a 31% rise in value in the past 7 days. At about 7:00 UTC this morning, the coin set an ATH of $101.27, a significant return considering it traded below $1 at the start of this year.

Considering its TVL, Terra now ranks as the second-largest Defi network, placed right below Ethereum and ahead of the Binance Smart Chain. To clarify their positions, BSC currently offers 225 products in its DeFi network with a TVL of about $16.7 billion which has been on a downward trend since the start of the month. Ethereum on the other hand has a total value locked of 155.7 billion USD.

Why Does LUNA Continue to Rise?

The smart contract platform is an application-specific blockchain based on the Cosmos and Tendermint consensus. Users on the network can mint stablecoins pegged to the US Dollar which they can then change into LUNA.

Alongside issuing stablecoins, the network’s native currency was developed for governance and mining, and its recent surge in price could be due to a few factors. According to leading crypto analysis firm Delphi Digital, the token might be benefiting from Atstroport’s protocol launch.

“The price increase over the past few days was likely triggered by investors buying spot LUNA to lockup in the Astroport lockdrop, then hedging their position via perpetual futures to remain delta neutral.”

The firm believes the negative funding rate seen on top exchange platforms points towards the presence of delta neutral investors – traders who take several positions to offset “delta exposure”. Additionally, Delphi Digital suggests that the LUNA token could have increased in value due to an advancement in Terra’s burn mechanism. In October, the platform introduced a proposal similar to Ethereum’s EIP 1559, the goal of which was to burn 90 million tokens held in the community pool.

The platform stated on its official Twitter account that this was a major token burn, “one of the largest, if not the largest burns of a major layer one asset” in the history of the crypto space.

As the goal of the burn was to drive up scarcity and boost the price of the token, it appears those goals are succeeding.

You can buy, sell, or swap any of your preferred tokens for Terra’s LUNA on ChangeNOW without any hidden fees. Welcome to the NOW experience! The ChangeNOW team presents you with the new community-inspired crypto wallet – NOW Wallet.