The South Korean government has moved to block the launch of new crypto play-to-earn games, asking global stores Apple and Google Play to ban them.

At the moment, the government is starting to probe into the framework for play-to-earn games and similar applications as part of its efforts to regulate the crypto market.

According to a report from local media outlet Naver, until the government has carried out further inspection, no tech firm is permitted to register any “money-making” games. Additionally, the government is said to have begun looking into blockchain-based games. 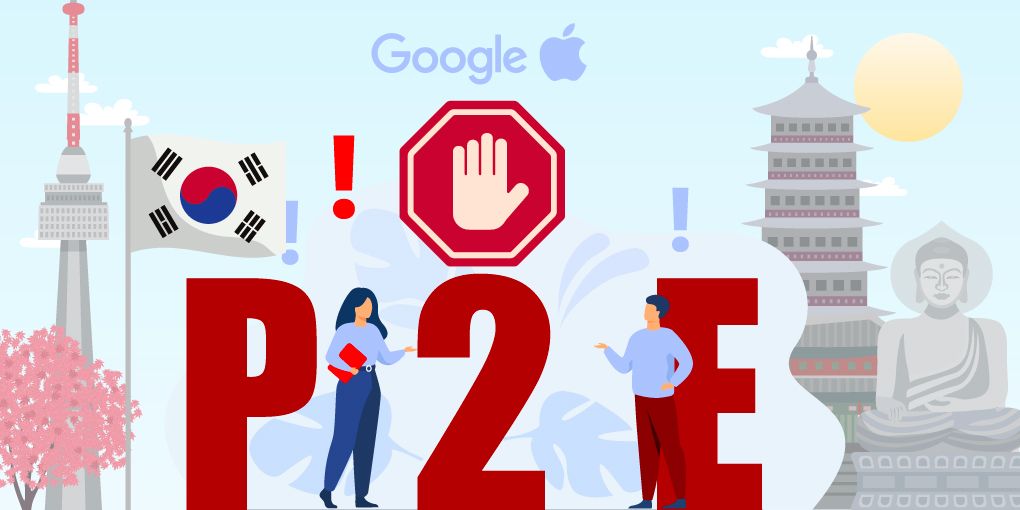 Naver’s publication speculated that the government is not concerned that the games are based on the blockchain, rather the primary issue appears to be that P2E games allow people to earn in digital currency they can then convert into physical cash.

South Korea’s Game Management Committee (GMC) under the Ministry of Culture, Sports and Tourism registers this as winning “prizes”. Under the Game Industry Promotion Act, the limit for prizes is set at 10,000 Korean Won (roughly equal to $8).

The Naver report then stated that the GMC contacted all leading app distributors, including Google Play and Apple, asking them to stop the local distribution of these games. The GMC plans to put the block in place by keeping P2E games developers from getting their work registered in mobile app stores such as Google Play and Apple.

Tight Regulation of the Crypto Market

However, it appears the games will not be completely banned as they can be released after being rated by the Game Management Committee. Part of the criteria for consent from the GMC is the age rating of the game, however, the committee has already called off the classification of up to 15 blockchain-based games this year.

According to a GMC official, the committee is only moving in accordance with Supreme Court precedent, as it keeps P2E games from receiving age ratings and getting registered. On Tuesday, the official stated that it made sense to do so because the law stated that cash rewards in games amounted to prizes.

Play-to-earn games that allow players to profit from in-game activities have been a hot trend since the start of the year, especially in Asia. Following news that some players have been able to make substantial earnings, these games have been brought to the notice of governments around the world.

South Korea’s efforts to put an end to P2E games is another move on the part of the authorities to keep a firmer grip on the crypto market. In the aspect of regulation, the nation’s government has always been particularly invested.

One measure recently put into place by the South Korean government is a taxation scheme that outlawed privacy coins and required exchange platforms to be officially certified. Although chances that the government will backpedal are really low, traders and investors in South Korea are convinced that there will be opposition to the cancellation of P2E games.