Shiba Inu (SHIB), an Ethereum-based memecoin created in August 2020, saw significant growth last year after being acknowledged by tech mogul Elon Musk. It’s ascent, however, was only starting. Since then, the altcoin has reached over 1.1 million unique holders, a milestone it achieved sometime in December, and it shows no sign of slowing down, despite market unpredictability. 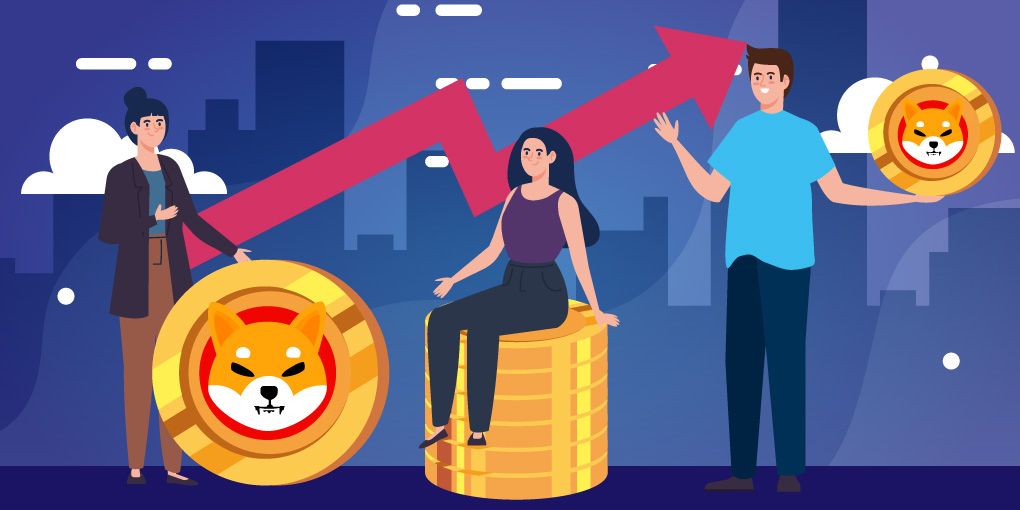 The year 2022 has started roughly, continuing the rollercoaster window that ended 2021, although SHIB holders seem undeterred and continue to increase by the day.

Like Bitcoin, SHIB hit all-time high values in 2021, with prices exceeding $0.000088 USD in November. Prices then bottomed out close to the end of the year due to Coronavirus scares and several censures on cryptocurrencies from different countries, leaving the coin selling struggling alongside most coins in the market.

Shiba Inu is also no stranger to market volatility, with it’s price falling over 50% since it’s initial 1000% increase. However, the meme coin continues to gain massive traction in the cryptocurrency space, being named the 13th biggest cryptocurrency in the market.

According to data from CoinMarketCap, Shiba Inu has a mind-boggling number of tokens in circulation, a value well over 589 trillion tokens, owned by a little over a million holders. According to the report, over 80% of the tokens are collectively owned by the top 100 holders. The top ten holders still own a significant portion of the token, roughly 64% of the total supply.

Shiba Inu’s success has resulted in the altcoin being listed on several exchanges, however, a large percentage of the token’s trading volume occurs on popular peer-to-peer exchange, Binance. The exchange reportedly accounts for over 30% of the token’s trading volume. The fast-growing memecoin is expected to gain more popularity in the coming year.

You can buy or trade any of your preferred tokens on ChangeNOW for Shiba Inu (SHIB) without any registration.