Explaining his opinion, he stated that as a result of heavy institutional marketing and intentional reporting, the Solana blockchain has seen a noteworthy increase in network traction. This was Nailwal’s take on an ongoing debate on whether Polygon or Solana was the most popular and most used smart contract ecosystem.

Noon said that even though a lot of Web3 enthusiasts believed Polygon fell behind Solana in terms of usage and popularity, it was not exactly the case. If one looked past the public speculation and into the number of daily active users instead, some data would suggest the reverse was true. 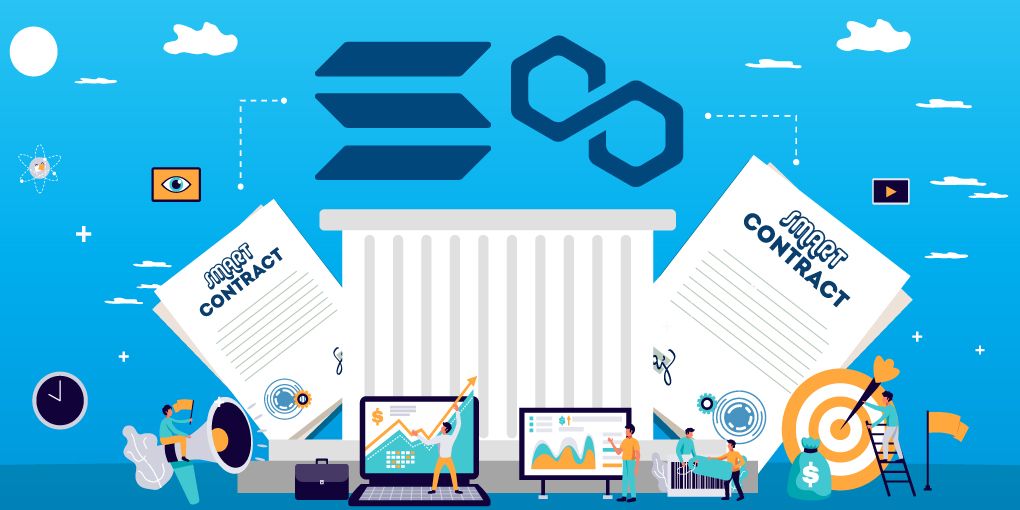 Yesterday, over a week since Noon posted the tweet, the Polygon co-founder weighed in on the subject; in his tweeted response he stated that the quality of American institutional marketing played a huge role in “new entrants to Web3” believing the Polygon network was second to Solana regarding traction.

Nailwal went on to add that Solana only has about two to three hundred active development teams, remarkably low compared to Polygon’s two to three thousand. Furthermore, he expressed support for a tweet saying that it was difficult to clearly distinguish between wallets and accounts because Solana used a different system to measure statistics. Nailwal then noted that the way a network calculates activity has a major influence on how it is perceived.

Such an occurrence took place in 2021, when Solana released data on the progress of its Phantom Wallets for the year and reportedly had more than one million active users each month. Journalist and host of the Unchained podcast Laura Shin expressed some doubt about the release after which the platform explained that this was the total number of users and not active addresses. Additionally, Nailwal shared a post from a Twitter user saying that a good portion of Solana’s active users were bots.

Intriguingly, not very long ago Electric Capital released a report measuring developer activity which placed both Solana and Polygon among the leading platforms in that sector. It was also pointed out that Solana’s average monthly developer base expanded by over 4.9x last year while Polygon’s increase was less than half that number.

Within the past day, the price of Polygon’s native token initially dipped by 5.26% alongside losses of up to 20.55% over the last seven days. It would however surge in the later hours of today, trading at $2.02, down 23.8 percent below its $2.65 ATH.

You can buy or trade any of your preferred tokens for Polygon’s MATIC and Solana (SOL) on ChangeNOW without any registration.