Market Wrap: A Slow Christmas for the Crypto Market

The Christmas week was a slow one with minimal movement for most assets. Axelar and AMPL however made remarkable recoveries, gaining double digits.

The Christmas week was a slow one with minimal movement for most assets. Axelar and AMPL however made remarkable recoveries, gaining double digits.

Several altcoins are trading in the red, although as stated earlier, losses are hardly noticeable. The same phenomenon is true for what gains there are. The total crypto market cap also embraced the lethargy, recording a $10B dip to sit at roughly $840 billion at the moment.

King crypto Bitcoin is at something of a standstill just under the $17k price point. The token may not have the strength to break past the psychological barrier before the year runs out. Notably, BTC did come very close on Tuesday, hitting $16,959, however, upon its failure the token began to sink, returning to sit beneath its former levels. The token is worth $16,658 at writing.

Ethereum has dropped by 1.69% over the past 7 days. The crypto second-in-command began the week still hovering around the $1200 threshold. It fell to $1,188 on Thursday but was quick to recover to consolidate at $1.2k once more. ETH is back beneath the resistance point at $1,195 and will likely repeat this dance before the year runs out. 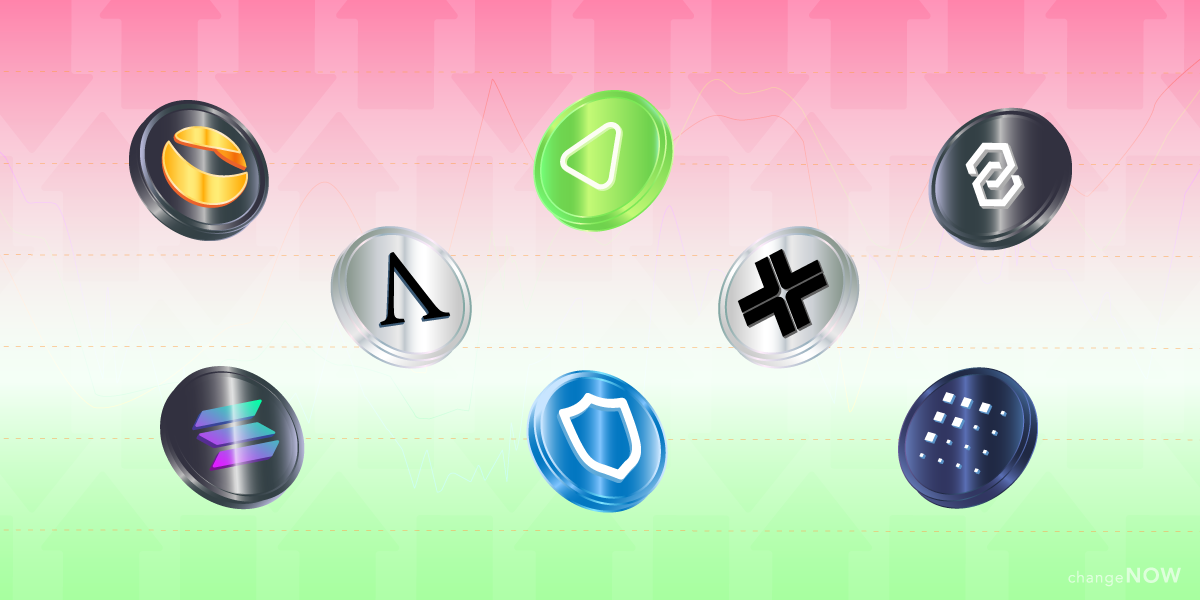 The native token for cross-chain communication network Axelar led this week’s top gainers with a nearly 30% increase in value within the past 7 days. AXL entered the week trading in the red but began climbing on Friday to peak at $0.6187. The token maintained its bullish course thus far but has fallen 3.62% over the last 24 hours to trade at $0.5527 at the moment.

Ethereum-based project Ampleforth protocol saw its governance token AMPL trade sideways at around $1.0749 for the first few days of the week. However, come Saturday the coin’s price embarked on a rally that caused it to grow 24.85%. AMPL rode the wave of positive movement to a 7-day high of $1.48 but has retreated since then. At writing the token is worth $1.36 after slipping 6.75% over the past day.

FET charted a remarkably bullish course over the last couple of days. The token fueling AI-focused project Fetch.ai entered the trading period with a starting price of 0.083 USD. On Tuesday, FET hit a weekly record of $0.1052, growing 22.14% in total. The token is currently seated at $0.1013, up 3.14% in the last 24 hours.

DeFi platform ZEON network’s native currency amassed gains scaling 22% through the past week. After initially consolidating at $0.0042, ZEON began charting positively on Dec 25, leaping first to $0.004424 and then jumping to a monthly high of $0.004999. ZEON continued to trade within that price range until Tuesday when it dipped by roughly 2.66% to chart at its current rate of $0.004824.

XCN, governance and utility token for the Ethereum project Chain Protocol recorded losses of 32.24% as it closed last week’s trading. XCN began the week at $0.020 but continued to plummet in the subsequent days. The token moved from its starting price to a 90-day low of $0.0134. Chain is yet to recover and has dropped 10.33% to sit at $0.01336 at writing.

The native token for the decentralized application platform Aurora saw its price drop 22.14% in the last 7 days. AURORA kicked off the week trading at $0.02495 hovering just above the red. However, this lasted very briefly as the token slipped into some negative movement that got worse as the day went on. Aurora attempted to resurge, jumping to a weekly high of $0.257 but the token took a nosedive soon after and it has continued ever since. Aurora has dropped to a yearly low of $0.1927 and is set to fall further.

Ethereum-based cryptocurrency, Hex token saw the volatile market shave off 19% of its value this week. HEX opened the session at $0.02472 and entered a decline that carried it to a yearly low of $0.01879. The token is firmly planted in bear territory but has recovered slightly to trade at $0.02029 at writing.

The Solana ecosystem’s native currency SOL, bled out 17.52% of its value this week. Aside from a few short stints in the green at the start of the trading session, the token charted bearishly throughout. SOL moved from its initial price of $12.06 to hit its lowest point in one year, $9.91. The Solana network has continued to suffer, plagued by instability since the FTX collapse, SOL is seated at a trading value of $10.06 presently.

TWT, the utility and governance token for non-custodial crypto wallet app Trust Wallet joined the week’s top losers after shedding 16.22% of its price in the past few days. The token tumbled down the charts to a 30-day low of $1.28 on Monday. Despite minimal recovery since then TWT is back on its downtrend and has dipped by 3.74% within the past day. The cryptocurrency is worth $1.29 at the moment.