Today we are covering an topic of Litecoin - an altcoin ranking 7th on Coinmarketcap. We’ll talk about the history of Litecoin, LTC mining, how to buy Litecoin, and more. Litecoin is one of the earliest forks of Bitcoin. It’s basically a copy of Bitcoin, but way faster. The thing with Litecoin is also that the transaction fees in its blockchain are significantly lower than in Bitcoin blockchain. If Bitcoin is the mother of all cryptocurrencies, Litecoin could be considered to be the first born, it’s the first significant altcoin. To introduce you to what is Litecoin and how it works, let’s take a step back and see how cryptocurrency works in general.

Today we are covering an topic of Litecoin - an altcoin ranking 7th on Coinmarketcap. We’ll talk about the history of Litecoin, LTC mining, how to buy Litecoin, and more. Litecoin is one of the earliest forks of Bitcoin. It’s basically a copy of Bitcoin, but way faster. The thing with Litecoin is also that the transaction fees in its blockchain are significantly lower than in Bitcoin blockchain. If Bitcoin is the mother of all cryptocurrencies, Litecoin could be considered to be the first born, it’s the first significant altcoin.

To introduce you to what is Litecoin and how it works, let’s take a step back and see how cryptocurrency works in general.

What Does Cryptocurrency Work?

Cryptocurrencies are digital currencies that are based on mathematical constants, similar to the Fibonacci sequence, which is a sequence of numbers that are found almost everywhere. To keep it simple, each digital coin is minted through a mathematical process, where computers run a formula to find a number, and whoever finds it first, gets to keep it. This is what we call mining, the more people do it, the more coins are created. We find that cryptocurrency may be explained well through Lego blocks. Each block is created through this mining process. Each cryptocurrency starts off with the original block called the genesis block, and from there, every new block contains the info about the previous block and the info about the new transactions. Hold on to this thought, this is where it gets interesting. If your coin is in a red block (we will call it Red) contained in the wallet, the public blockchain will be able to see it. When you send me some crypto, for writing this article let’s say, now everyone will see my wallet address. This is a public address, it's inscribed on the blockchain for everyone to see where the coin went, and which address held it beforehand. You can see this in the coin’s block explorer. For Litecoin, you can find it here. I’ve included a screenshot of the public ledger here, so you can see how it works.

The great part of the public ledger is that everyone holds the copy of what all the other coins are doing. When you have a cryptocurrency wallet, you need to maintain it in sync, so that everyone’s transactions are shared by everyone. This maintains the solidity of the coins. You can send your funds to me, then I send them to Pizza Hut, and then they pass it to another person - the information about this is held in the blockchain. So, no one can magically copy coins and insert information about them in the blockchain. This is why cryptocurrencies, like Litecoin are the future - they aren’t printed by the government, they are decentralized, and everyone can own a piece of it, while maintaining a base value.

Things to know about Litecoin

Litecoin was created by a former google engineer named Charlie Lee, who originally designed LTC to be an improved version of Bitcoin. It was released on October 7th 2011. As for the differences to Bitcoin, Litecoin processes a block 2.5 minutes, versus Bitcoin’s 10-minute speed. This makes a difference when you make a purchase, because the time it takes to confirm that the coins have changed their address is now much shorter. Another key difference of Litecoin is the Max supply, the amount of coins that can be created. For Litecoin, it’s 84,000,000 LTC, whereas Bitcoin has a max supply of 21 million. Currently, there are 64,375,306 LTC in circulation.

Today we will be looking at Litecoin, to check out how it’s surviving the challenging 2020. At the time of writing, the price of Litecoin in USD at 39.24, which is at half of what it was before the March 12, when the marked plunged following a massive Bitcoin price drop.

Mining a coin is considered by many as best way for people to get coins. In the early days, it was possible to mine Litecoin with a personal computer, but the more people mine it, the more it is difficult and today you need specialized equipment to do it. If you want to mine Litecoin, a specialized tool such as L3 Antminer would be a good option. After choosing the hardware, it’s good to decide whether you want to mine solo or in a pool. Considering the number of miners today, mining in a pool is a rational choice for an individual to confidently get a reward for mining. Here’s the list of the largest pools provided by LitecoinPool:

The next step is choosing a Litecoin wallet to store your Litecoins. But first, let’s consider an easier way to get some Litecoins - which is simply buying Litecoin with regular fiat money or cryptocurrency.

Where to buy Litecoin?

It’s easy to get Litecoin as a large number of crypto exchanges support LTC. To buy Litecoin, here are the best ways to go: Buy LTC on the crypto exchange Today, the vast majority of exchanges support buying/selling LTC for both fiat and crypto. Litecoin (LTC) can be bought with either BTC, ETH, USD, or many other cryptocurrencies available. There are dozens of exchange platforms in which LTC is traded and the most popular ones are Binance, Bitfinex, HitBTC, Ethfinex, Coinegg, OKEx, Bit-Z, Huobi, etc. Buy LTC with ChangeNOW

If you want to buy LTC instantly, go to ChangeNOW instant exchange tool which supports both fiat and cryptocurrencies. ChangeNOW offers you a way to buy Litecoin with several purchase options swiftly and safely with minimal authentication procedures. Larger exchanges are recommended because they tend to have more volume, which means that prices tend to be lower, then on smaller exchanges. Also, exchanges hold your keys, so unless you have a wallet set up, this may be a better place to buy your coins.

What’s the best wallet for Litecoin?

One of multiple ChangeNOW partners is Guarda Wallet - a lightweight non-custodial cryptocurrency storage. It supports the most popular coins and their tokens including LTC. Cryptocurrency management has never been so simple – you can store, send, receive, buy and exchange crypto coins and token with their Web Wallet. Visit Guarda now to get started with a wallet. If safety is your first priority, get the Ledger nano, or the Trezor, both of which are hardware wallets that allow you to hold your coins’ private key on a separate device, protecting you from hackers getting into your computer, and stealing your keys. What is cool about Ledger, is that it functions with Guarda wallets, and thus makes a pretty simple ecosystem to start! The most important thing about Litecoin is that you are personally responsible for the coins you store, not the bank, not the exchange. A simple rule of thumb is if you don’t own the keys from your wallet, you don’t own the coin. Therefore, it's crucially important that in order to keep your funds safe, it’s worth making a backup to your private keys, so that if something happens, you have access to your money. 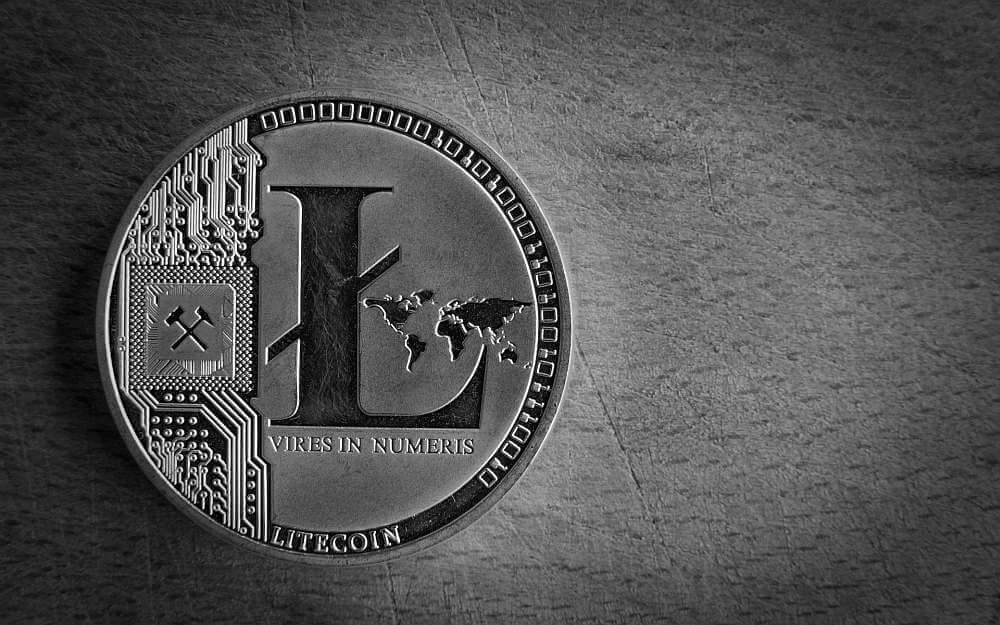 So, that has been all you need to know to get started with Litecoin. You’ve learned how it works, where to buy it, how to store it, and - more importantly, - how to store it safely. Litecoin is faster and cheaper than Bitcoin, so it might be a great alternative to start with in the cryptocurrency world. To learn about Litecoin price prediction for 2020 and on, check out the following article we’ve prepared for you. Disclaimer: this article reflects its author’s opinion only and is not financial advice. We take no responsibility for the results of any trader’s decision or action.