Litecoin, in the first two years of its existence, it went from an unknown coin to being titled "digital silver".

Litecoin is a cryptocurrency based on the Bitcoin protocol. It is a peer-to-peer payment system through which users can transfer funds from one to another. The coin appeared in 2011 but was not a very popular cryptocurrency. However, in January 2013, Litecoin showed phenomenal growth by 20 times. As a result, the coin reached $1 bln. market capitalization and people started calling Litecoin an alternative to Bitcoin. 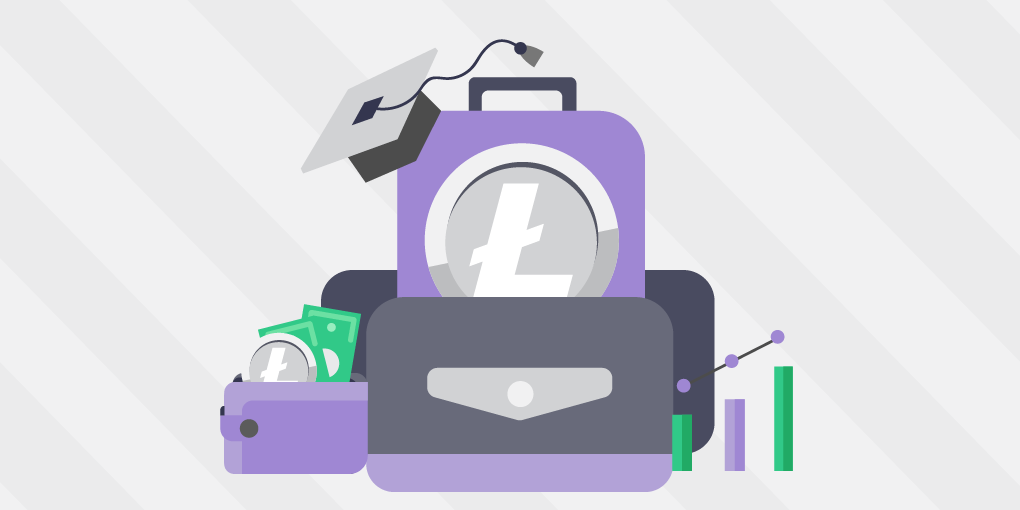 Difference between LTC and BTC

Litecoin’s mission corresponds with the tasks that Bitcoin was originally intended to solve. LTC serves as a means of payment, but more convenient, faster, and cheaper than fiat currencies. There are three main differences between BTC and LTC:

What Makes LTC Better Than BTC

Charlie Lee, the creator of Litecoin, claims that LTC was not created to compete with BTC but to improve the original idea. There is no doubt Litecoin is faster and lighter than the original currency.

Transactions are faster due to the reduced block generation time

The faster the network processes payments, the shorter the transaction queues. Consequently, transfers can be carried out quickly without increased fees.

Improved capacity thanks to the SegWit algorithm

To solve the problem of network scaling, Litecoin uses the SegWit software algorithm. SegWit allows you to increase the efficiency of the blockchain without increasing the block size. LTC was the very first coin that implemented this technology. Later Bitcoin also integrated SegWit protocol as a soft fork.

Another relevant technology that has been introduced into Litecoin transactions is atomic swaps. Atomic swap is a technology that allows transactions between different blockchains. At the end of September 2017, the creator of the cryptocurrency, Charlie Lee, announced a successful implementation of three cross-chain transactions with Decred (DCR), Vertcoin (VTC), and Bitcoin (BTC).

Integration of the Lightning Network

Litecoin is an old-generation cryptocurrency. Modern blockchain projects can offer more advanced solutions in terms of scalability, interoperability, and so on.

Today Litecoin has one of the most developed communities in the crypto industry. Its founder Charlie Lee is a true media person who contributes to the further popularization of the platform. Thus, LTC often attracts various companies from different spheres.

Litecoin is doing well as a means of payment. At the moment, this cryptocurrency can be used to buy tickets, Amazon gift cards, groceries in different stores, etc. One of the ambitious attempts to make LTC a widespread means of payment was to create a crypto payment processing service – the LitePay project. However, the startup faced various difficulties and the team had to shut it down.

Also, Litcoin was among the first cryptocurrencies on the blockchain phone HTC Exodus. The smartphone works as a hardware wallet, stores private keys directly on the phone, and uses a secure blockchain environment to facilitate transactions.

Among the latest news about Litecoin is their partnership with a game developer Atari. LTC holders will be able to buy an internal Atari token that will be used for purchases of digital assets in the Atari ecosystem, as well as make payments at Atari casinos.

Also, LTC has partnered with MeconCash to install over 13,000 Litecoin ATMs throughout South Korea. The coin will be integrated into the M.Pay platform, allowing LTC holders to withdraw funds to fiat or send LTC to South Korea from abroad. The Litecoin team expects that the partnership will help LTC to gain popularity in South Korea.

Although the crypto market offers many other technologically advanced projects, Litecoin remains one of the most popular cryptocurrencies and stays in the Top-10 of the CoinMarketCap rating.