Interoperable and scalable testing environments are a gold mine for professional blockchain development teams for several reasons.

They can be utilized to test the possibilities of a network and push it to its limits to see how it performs under stress. One such project that is referred to as a canary development platform to Polkadot is called Kusama.

It’s often considered just a testnet or an experimental ecosystem. But the truth is that Kusama offers capabilities for new technological innovations. It can function as its own standalone network as long as the community is interested in building and maintaining it. Kusama envisions a social change where big institutions and entities will no longer have enormous power.

The project has set out to disrupt the current social inequality in the world and take back control. We will have to see if they have the strength to do that. 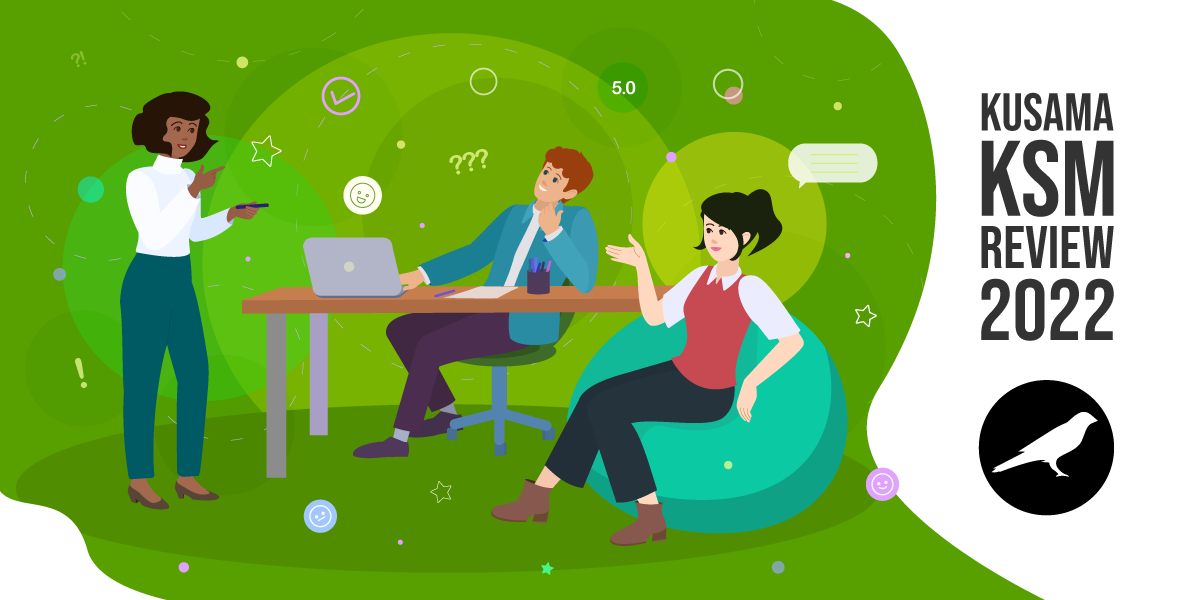 Kusama was launched in 2019 and is a development network built with similar code as Polkadot. For this reason, it got the nickname Polkadot’s (wild) cousin. The project had a 3-days token sale that reached its hard cap and generated $2.5 million in revenue. This ecosystem gives no guarantees to developers and warns them to expect chaos. Risk and danger are on the agenda when working with Kusama.

Polkadot has benefited dramatically from its younger cousin because many of its features were first tested and brought to perfection on Kusama. The network went live in October 2019 before Polkadot’s mainnet launch to test the performance under similar economic conditions.

The codebase of this untamed blockchain project is not audited. Hence, one of its use cases was to check for bugs and vulnerabilities in a live environment. Kusama is perfectly suited for fast code deployment. Some developers even chose to stay and not migrate to a different blockchain.

The ecosystem has a publicly traded coin – KSM. It has a governance process, a DAO, staking capabilities, and much more. Moreover, interested parties can launch their own sharded blockchains called parachains with minimum requirements thanks to Kusama’s next-generation network technology.

Kusama’s creator is dr. Gavin Wood. This British computer scientist is also the co-founder of Ethereum and the founder of Polkadot. Two of his closest associates are Peter Czaban and Robert Habermeier. Unfortunately, other team members are not mentioned on the official website.

Kusama is supported by the Web3 Foundation, an organization that funds decentralized and open-source projects as part of Web 3.0. This foundation was also created by Dr. Gavin Wood, who is one of its directors. Gavin is a computer scientist and programming languages designer. He was essential in the creation of Ethereum’s smart-contract enabled platform Solidity.

Besides him, the Foundation Council consists of Dr Aeron Buchanan and Reto Trinkler. Dr Buchanan is an ex-Ethereum scientist and mathematical modeler. He is an advisor to several important blockchain projects, has a doctoral degree in Robotics, and is proficient in engineering and computer science.

Reto is the founder of a blockchain platform and a software company. He is a mathematician and a professional smart contract developer.

The first version of the Kusama blockchain was launched in August 2019. After one month of intensive testing, a software upgrade was released that fixed several key issues that were discovered. The initial chain used the Proof of Authority (POA) consensus algorithm. Still, in October 2019, the community prepared to move to Nominated Proof of Stake. At the beginning of January 2020, an unsuccessful chain upgrade bricked Kusama, causing some downtime. The developers needed 8 days to fix the network before it finally returned to a normal state on 12 January 2020.

The launch of new features and upgrades on Kusama take place through Parachain Rollouts. This process began in December 2021, giving the community a chance to vote on the future development of the ecosystem.

The first step involves introducing new features on a Polkadot testnet like Rococo. Once the code is optimized and ready to go live, the community can vote on enabling a certain Parachain and onboard it to Kusama. This is done through Parachain Slot Auctions.

The new features will be observed on a live blockchain allowing developers to take note of the network effects and make code optimizations if necessary. Then, if the Kusama community is satisfied with the results of the test phase, they can vote to integrate the features onto the blockchain.

The first Parachain Slot Auction started on 15 June 2021. Each proposal has a one-week bidding period before a new auction begins. The current timetable shows submitted community projects until January 2023, when the 67th auction is scheduled to take place.

There are various ways to be part of this fast-moving network.

Developers can utilize Kusama to create new features by releasing their own parachains, parathreads, and network bridges.

Regular crypto enthusiasts can become network maintainers. Anyone with a stake in KSM can become a nominator and delegate their assets to a validator. Block rewards are then shared among the nominators, but they don’t depend on their total KSM stake.

Block creators are called collators. Their job is to add transactions to future blocks and connect these blocks to the Kusama blockchain. Validators verify that the consensus rules are respected, and they secure the network. If a validator acts against the interests of Kusama, their rewards can be slashed.

The last group of community members are responsible for the governance. Holders of KSM tokens vote on new features and code upgrades. Kusama is community-operated, where the stakeholders decide what route to take.

The Kusama ecosystem is made up of interconnected parachains. These have several advantages over traditional legacy networks:

How to Mine Kusama Coin (KSM)?

Kusama uses a Nominated Proof of Stake consensus algorithm, making it unsuitable for mining, but KSM tokens can be staked. To participate in the staking process, you can either be a nominator or a validator. Either way, KSM tokens need to be locked as collateral. Block rewards are paid out equally to all validators regardless of their stake.

Nominators delegate their assets to a validator they trust. Staking can be done through the Polkadot JS wallet, where nominators can back up to 24 different validators. To have a chance to nominate, users are required to have a minimum of 0.1 KSM in their wallets. The current list consists of 1.000 different validators and around 8.000 nominators.

Kusama has a slashing feature that penalizes validators for breaking the rules. That includes being offline, running non-standard software or code and trying to attack the network. If such events happen, both the validator and its nominators will have parts of their stake slashed.

Deducted amounts are sent to the Kusama treasury from where they can re-enter circulation if approved by the Council. Various proposals are considered when deciding if treasury funds can be spent. These include improving the network's operations, increasing blockchain security, marketing and community events, software upgrades, etc.

Kusama’s native KSM coin is trading at around $48 to $49 in mid-July 2022. Market analysts from Coin Price Forecast and PricePrediction have taken a closer look at this digital asset, and this is what they have to say about it.

PricePrediction forecasters are extremely bullish on Kusama and foresee a great future for this digital coin. They trust that its value will be over $100 by the end of 2022, while 2023 brings new highs and prices of over $153 a coin.

Their bullish sentiments continue in the years that follow, where they predict the following maximum valuations:

How Can I Buy and Trade Kusama Coin (KSM)?

There are various options available when it comes to wallets and apps where you can store your KSM.

Using hardware wallets is one of the safest ways to handle your crypto and a perfect compromise between security and convenience. Ledger supports Kusama in connection to the Polkadot JS app. A second cold storage option is Parity Signer, which converts your smartphone into a mobile hardware wallet for Polkadot and Kusama.

The previously mentioned Polkadot JS app is a software wallet available for Windows, Mac, Linux or as a browser extension. KSM coins can also be stored in Trust Wallet or the MathWallet.

There are additional non-custodial options for iOS and Android platforms or browser extensions. These wallets funded by the Polkadot and Kusama treasuries include Fearless Wallet, Polkawallet, Stylo, Nova Wallet, Talisman, and SubWallet.

Kusama is a popular digital currency and is not lagging behind in the exchange listing department.

To get your hands on some KSM coins as soon as possible, you can take advantage of the offers on ChangeNOW. The instant exchange feature can be used to swap Kusama for fiat using a credit card or convert any of the crypto options supported by the platform into your desired currency.

Kusama is a decentralized and interoperable blockchain platform. It’s a virtual world suitable for many use cases, from DeFi to IoT and NFTs. Kusama is the place where many projects are born, evolve, and eventually move to its bigger brother, Polkadot.

The network shares many similarities with Polkadot, including a very similar codebase. In addition, the two projects were created by the same person – a man who was essential to the success of Ethereum. But Kusama offers plenty of firepower that makes people want to stick around. It has much faster development, and the costs for creating and running a parachain are lower than on Polkadot.