Here’s What You Need to Know About Smart Contracts

Imagine the world without attorneys, notaries, agents, and escrows where all the legal deals are still being conducted in a timely and lawful manner.

A smart contract is a program that activates and enforces a certain contract between two or more parties. It follows the rule “if… then… “, exists in a transparent, decentralized environment and is irreversible unless programmed otherwise.

A well-designed line of code put into a suitable environment can undertake the work of almost any intermediary, control the execution of the deal, and save your money. Smart contracts came into being to make our everyday lives easier and legal deals more affordable by replacing people with dedicated tech. 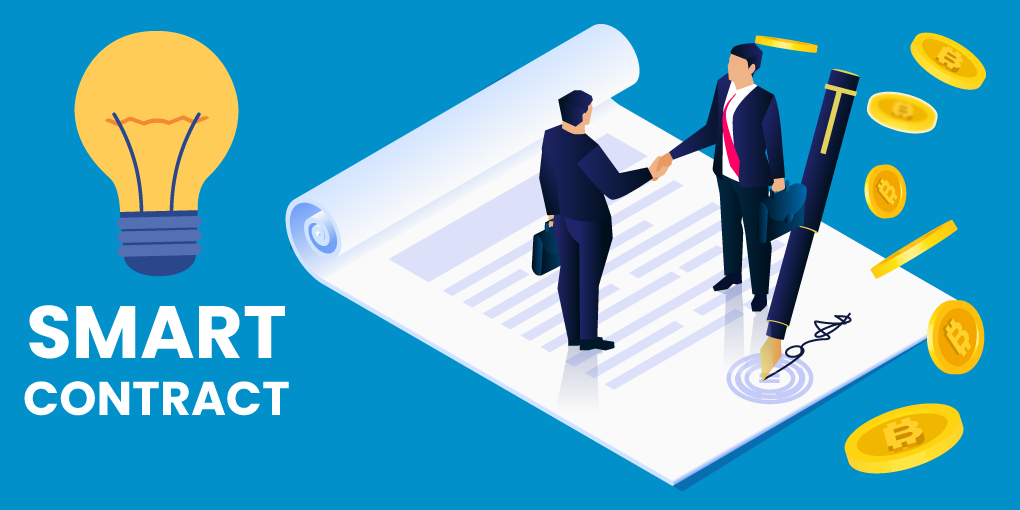 A Bit of History

Smart contracts were pioneered by Nick Szabo, an American cryptographer and computer scientist, who is believed to be Satoshi Nakamoto by some people. In 1994, he proposed the idea of a digital protocol that can be used to pass on information by using mathematical algorithms. Once the pre-arranged terms are fulfilled, the corresponding transaction is processed.

But before blockchain tech came along, smart contracts had been missing the proper environment for development. Until Satoshi Nakamoto introduced blockchain in 2009, the logic of smart contracts did not make sense. Although it is possible to program smart contracts on the Bitcoin network, the whole process will be difficult and the end result will be limited. But once the Solidity-powered Ethereum network started growing, it proved to be the perfect ground for designing complex smart contracts.

The easiest way to understand how smart contracts work is to use a real-life use case. Let’s say you want to rent out your apartment to someone you’re not familiar with. .The majority of people prefer to leave the paperwork to the real estate agents and let them handle the legal side of things. For their services, the agents receive commission.

With smart contracts you won’t need help from any third parties. It is possible to use a smart contract with your future tenant which kicks in once the tenant transfers a certain amount of money to you. You won't need to put blind trust in your tenant as the entire money-collection process will be automated. What’s more, you can set a number of additional rules. For example, if they are late with the next monthly payment, you can charge them with a penalty fee. Or terminate the contract if they fail to pay rent during the pre-defined period of time.

Smart contracts functionality is potentially limitless. Imagine buying a property and renting it out together with your partner. This sort of complex case can also be handled by smart contracts, so you will receive compensation based on your investment percentage.

Real estate is not the only area where smart contracts can come in handy. Mortgages, insurance, voting, supply chain, e-commerce, various financial services, and any other industry that depends on transferring finance (or other value) can benefit from implementing the smart contract tech.

The smart contract model requires three things to work properly: the participants, the terms they agree upon, and the subject of this agreement. Smart contracts require public-key cryptography and decentralized databases, so they can only operate in a blockchain environment. Ethereum is not the only blockchain network that enables the work of smart contracts. Apart from the above-mentioned Bitcoin network, blockchains such as EOS, TRON, RSK, Stellar, and others support smart contracts too.

The Solidity language used in the Ethereum network allows programmers to develop their own programs, including smart contracts. The language is also compatible with a wider range of computational instructions.

A smart contract can best be understood by comparing it to a vending machine. You set up a program to get the product you need, pay the required amount, and the machine does all the work for you. To activate a smart contract you need to send a certain amount of cryptocurrency to the specified address, and in exchange you receive whatever you agreed for: a contract for the rental apartment, a property ownership, etc.

A Real-Life Use Case

Let’s say Bob is looking to rent his apartment out to Alice. To do so, they create an agreement on the network that states, “If Alice sends $1,000 to Bob, then she can move into the apartment tomorrow”. This information is recorded on a blockchain, which means that nobody can change the rules afterwards. The smart contract verifies the identity of Bob and Alice using public-key cryptography. Once Alice sends funds to the specified address, the contract allowing Alice to move in is released, and at the same time, Bob receives the funds. Bob doesn’t need to remind Alice to pay the money, and Alice doesn’t need to worry that Bob will suddenly ask her to pay extra. And none of them needs to pay for the middleman services. Transparency and straightforwardness are hallmarks of the agreement, which is automatically executed once all the requirements are met.
Also, Bob can activate a chain of dependable smart contracts, where the second contract is activated once the first one is carried out successfully. This way he can easily handle monthly rental payments or other complex processes.

In the Ethereum network smart contracts and dApps walk hand in hand. DApp, a decentralized application, is an app built in the blockchain environment. Unlike traditional apps, a dApp doesn’t run on any server but uses a distributed system instead. It stores its data in a decentralized ledger and typically supports an open-source model.

Smart contracts are the driving engine of any dApp as they help them to store and process data. Although dApps might look like your regular app, the implementation of the smart contract tech makes them decentralized and transparent, and their transactions irreversible. Often, blockchains design their own tokens to fuel the work of dApps, while others prefer to stick to using Ether as the main transaction coin.

Smart contracts do sound like a technology of the future, but they still require some major improvements, like any other blockchain-based technology.

One of the biggest downsides of smart contracts is their potential vulnerability. You have to make sure that the code behind the contracts is flawless. Otherwise, the whole system can be compromised. We’ve already witnessed several major cases, such as the DAO or the Parity wallet hacks, when the attackers used some loopholes in smart contracts to steal money.

As of now, smart contracts lack taxation and regulation. Since the technology is still in its infancy, there is no set of rules approved at the government level to regulate it. What if the conditions that you agreed upon are not met in real life? For example, the apartment that you paid for via the smart contract turns out to be not up to standard. With a traditional contract, you could go to court to solve the issue, but with a smart contract it is not yet possible.

In addition, smart contracts are not flexible and all transactions are irreversible. At the same time, this is one of their main advantages. On the one hand, it is a big advantage that nobody can tamper with the transaction code. On the other hand, you cannot undo it in case of a mistake.

Used independently or integrated into dApps, smart contracts provide a fast, independent, reliable, and affordable way to transmit any sort of value online without the involvement of third parties. Smart contracts are a perfect example of how decentralization made possible by blockchain technology can improve our daily lives.

The smart contract technology has a great deal of potential, despite a few disadvantages like lack of regularity, mistakes in the code, and difficulty implementing them. The long-term benefits of using smart contracts can be implemented in various business areas, including real estate, e-commerce, supply chain, and healthcare.