Fuse allows businesses and communities all over the globe to unleash the potential of simple and cheap mobile payments.

With Fuse Network, organizations can upgrade their communities into full-fledged micro-economies by building custom digital currencies and wallets. In this article, we will dive deep into the functionality of Fuse, and you will see why their solution may become the future of the mobile-oriented economy.

What is the global problem for today’s mobile users? The traditional financial system fails to provide them with the possibility to easily and promptly send payments, leverage modern financial services, and raise passive income. Moreover, there are millions of people in the world with poor access to banks and reliable money transfer services. All they are left to do is deal with unstable local fiat currencies. 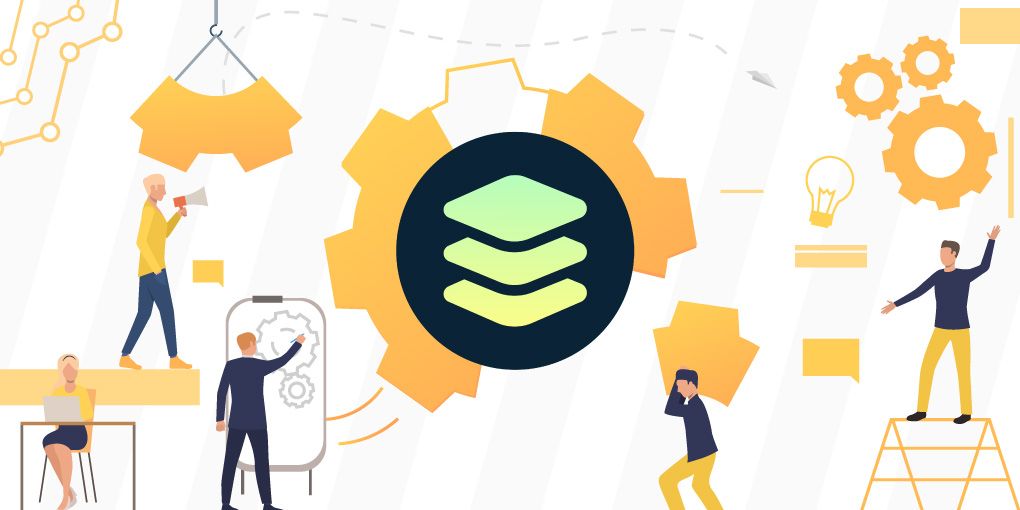 Meanwhile, say, in sub-Saharan Africa, more people have access to mobile phones with internet connection than to clean drinking water. There is a possibility to provide them with financial services of a good level. Many crypto services have been trying to do this, but most of them are relatively hard to use and fit advanced users, leaving little room for mass adoption.

Another problem relates to entrepreneurs and organizations. If a business or a community wants to start using mobile payments today, it has to rely on platforms like PayPal or Stripe or build its own solution from scratch. While the latter is too lengthy and expensive, the existing payment platforms charge high fees and don’t allow sufficient customization.

How Fuse Addresses These Issues

Businesses can upgrade their audience to full-fledged micro-economies at low regulatory, operational, and development costs. Users get the opportunity to make easy, fast, and cheap payments (transaction cost in Fuse is less than $0.01).

Examples of Solutions Built on Fuse

Fuse was conceived in 2019 and since then, real-world implementations used by people on a daily basis have emerged. Here are a few examples:

How Does Fuse work?

There are 3 main components in the Fuse network: 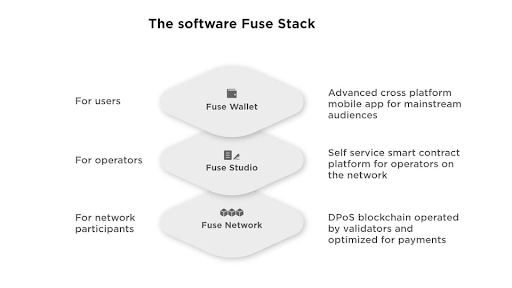 Fuse blockchain lies at the core of the Fuse ecosystem. It runs on the dPoS consensus, meaning that there are many independent validators, one of which is maintained by the Fuse team. Validators can participate in governance by putting forward Fuse Improvement Proposals (FIPs). Users who don’t run a validator node can stake FUSE instead and delegate their right to confirm transactions.

Native tokens of the platform are called FUSE and are used to pay gas fees, just like on Ethereum. The average block time in Fuse is 5 seconds (compared to Ethereum’s 10-20 sec), and transaction fees are below $0.01 – this is much less than even on Binance Smart Chain that boasts low commissions. Fuse handles 60 transactions per second for ERC-20 tokens and 120 TPS for native Fuse-based assets.

The Fuse blockchain is fully compatible with EVM, meaning that any Ethereum smart contract can be deployed on it.

The Studio allows organizations, businesses, and communities to create and maintain token-powered environments. Here’s what’s in:

There are also plugins that help customize a community in accordance with your needs. You can enable the Business List to add businesses to your ecosystem, introduce bonuses for community members, and allow easy bank account deposits and withdrawals.

A business that wants to build a community around their token issued with Fuse Studio can also create a custom-branded wallet. For this, they can use the Fuse Wallet codebase provided by the platform, make a fork of it, and then add some custom necessary features.

Fuse wallet is a white-label Web3 wallet designed for Android and iOS. It’s built on top of the Fuse network and can be used in any EVM-compatible blockchain. Fuse Wallet in non-custodial – users own private keys and control their data. By creating a custom wallet, businesses give users the opportunity to integrate into their community without the necessity to have ETH to start using your service.

Besides Fuse Wallet and Studio, there is also a set of DeFi products that enrich the Fuse ecosystem. Some of them include:

FUSE is the network’s native token that has the following use cases:

You can buy the FUSE Network token on ChangeNOW at competitive fees and without registration. Farming the token on Fuse-based DEXes is also possible.

Fuse was founded by Mark Smargon – an Israel-based web developer with experience in e-commerce and UX. In the Fuse team, there are currently 13 core members who work in Tel Aviv and globally. The tech lead of the team, Leon Prouger, has been around in dApp development for 4 years already and has started his career as a developer back in 2012. To keep up with the Fuse team, follow them on social media: on Twitter, Medium, and Discord, or their website Fuse.io.

Since 2022 has just begun, we are looking forward to the announcement of the Fuse roadmap for the year – they did the same in January 2021. During last year, the team was seeking new scaling solutions to prevent network congestion, working on new governance features, improving the Fuse Studio, and partnering with new market players.

More and more communities and businesses are learning about the potential of crypto for building custom token-powered environments, but there has been a lack of handy solutions for building such. Moreover, the growing general audience’s interest in crypto raises the demand for decentralized peer-to-peer currencies.

Fuse Network is at the core of this revolution – it allows businesses and communities to quickly assemble custom tokens and wallets to create micro-economies for their users with seamless mobile payments and non-custodial token storage. The Fuse team believes in such a future for global finance, and the recent surge in the FUSE token price seems to prove this. To join the revolution, head on to ChangeNOW and buy FUSE for 350+ other cryptocurrencies without registration and hidden fees.