EOS Explained: a Platform for dApps Ready to Overcome Ethereum

Over the past few years a lot of projects on the crypto market have tried to become the next Ethereum.

At the same time, so far none of them has been able to bypass the brainchild of Vitalik Buterin in popularity. The EOS cryptocurrency has the biggest chance of displacing Ethereum from its leading position on the dApp market.

EOS is a platform for developing decentralized applications, the main competitor to Ethereum. It is often called Ethereum-on-steroids due to its very high (up to 10,000 TPS) transaction processing speed. The network supports smart contracts and dApps just like Ethereum, but it does not suffer from problems with scaling and speed of work.

EOS is also the name of the project's native utility token. The task of the coin is to distribute functional roles between its holders, as well as to implement the voting function and thus participate in the indirect management of the blockchain. 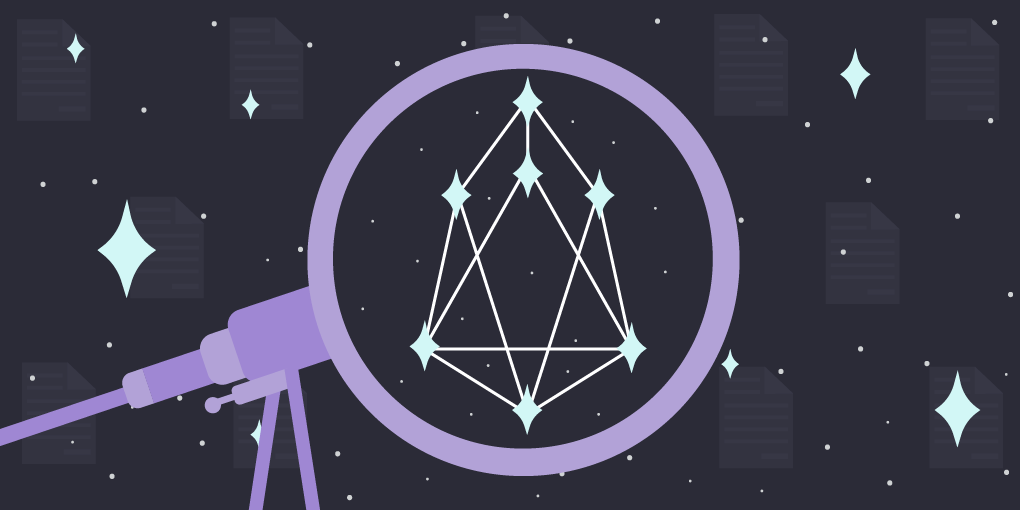 EOS is developed by Block.one, a company registered in the Cayman Islands. The idea of the project belongs to Daniel Larimer, a programmer who is also known to the crypto community as a co-founder of the BitShares DEX exchange and the decentralized social network Steemit.

The company conducted an ICO campaign to fund the development of the project. Initially, the platform was launched on the Ethereum blockchain; but the developers worked hard on their own network. The EOS Dawn 1.0 testnet was launched on September 3, 2017. The second version of the testnet was released on December 4th. Dawn 3.0 and 4.0 were brought out on January 25 and May 7, 2018, respectively. In June 2018, after an active phase of development and testing, the mainnet EOSIO was launched. These manipulations allowed the EOS cryptocurrency to finally migrate to its own blockchain.

EOS turned out to be a rather interesting cryptocurrency. It outperforms its main competitor Ethereum on several levels but has certain flaws. Here are the EOS platform’s main advantages.

The supply of the coin is unlimited and issued to reward block producers. Previously, EOS had a 5% inflation rate which was lowered to 1% after a majority of the community voted to decrease it.

Transactions are free for end users of dApps , but not for developers. The latter decide for themselves how to monetize their applications to cover the costs of using the network. The only requirement for utilizing the EOS blockchain is a sufficient amount of resources – RAM, NET, and CPU. The more transactions you do, the more resources you need to process transfers.

EOS provides an extensive set of tools and a web platform for developers. The platform allows you to stop and fix a broken application, use ready-made templates to create interfaces and client databases. EOS devs can code on a variety of programming languages with a compiler that converts the code to web assembly.

If you wish to launch a blockchain ecosystem or a decentralized application on the EOS platform, the main components are available for free.

EOS works on the Delegated Proof of Stake algorithm. It means that users are divided into many voters and 21 block producers, who maintain the network, validate transactions, and get a reward for that. After each voting session, the top 21 validators are chosen to confirm 252 blocks for one round and then the process repeats itself.

To become a validator, a network participant must fulfill two conditions:

If you want to vote for a validator you need to stake your coins - hold EOS on your balance. The amount of EOS staked is also your voting power. The higher you stake, the more weight your vote has.

The way EOS works is similar to that of an operating system. There are 3 types of resources: CPU, RAM, and NET. Each of them plays a significant role on the network. CPU and NET are resources required to perform actions on the EOS blockchain.

CPU is used every time you perform any transaction with your EOS account. It is measured in microseconds, and its role is to process your EOS transaction. NET is the least important resource. It is measured in kilobytes and increases network traffic, which means you can send more transactions from your account. In most cases, you won't need a lot of NET. To use CPU and NET you have to stake some of your EOS coins. Usually, it is enough to stake only 1 or 2 EOS for a common user.

RAM is an important resource for developers. They have to purchase it with EOS to run their apps. RAM serves to temporarily store data that is actively used in the applications. So if you are a dApp developer, you have to purchase RAM.

The DPoS algorithm sounds good in theory, but in practice it turns out to be more complicated. The main argument of critics is the tendency of the network towards centralization due to the small number of nodes.

Only 21 users can create a block in EOS at a time, while there are almost ten thousand of them in Ethereum. Besides, there have already been several cases of canceling confirmed transactions, which is a direct violation of the principle of decentralization.

Etherscan data shows that 75% of all EOS coins are stored on the top 100 addresses on the EOS network. It means that too many coins are concentrated in the hands of few people. Thus, they have an exaggerated influence on voting and management of the network.

Despite the fears of centralization and complex governance mechanisms, EOS is actively developing. The number of applications based on its blockchain is growing. The project has many committed supporters.

The key advantages of EOS are scalability and flexibility of the blockchain, as well as convenience for developers and users. If the project’s devs continue to upgrade and advance the EOS cryptocurrency, then the platform may become the leading network on the dApp market.