Stop or Go? The Confusing State of Cryptocurrency and Blockchain in China

China has a strange relationship with cryptocurrency. On the one hand, the country has banned all crypto exchanges so trading has to happen OTC (Over the Counter) — via brokers instead of digital platforms. Despite these regulations, China is home to some of the world's largest Bitcoin mining operations, and the CCP (Chinese Communist Party) is fully behind blockchain technology. In fact, China will probably be the first major country to release a digital version of its currency. So it's a complicated relationship that China and crypto have, and in this article, we’ll try to make things clear for you.

Legal Status of Crypto in China

The Chinese government, led by President Xi, is bullish on blockchain. The following quote is from a recent speech that Xi gave, addressing blockchain technology: "Greater effort should be made to strengthen basic research and boost innovation capacity to help China gain an edge in the theoretical, innovative, and industrial aspects of this emerging field." China also believes that blockchain will eventually be integrated with artificial intelligence technologies as well as other financial and eCommerce applications like Wechat Pay and Alibaba. The key point, however, is that the Chinese government is bullish on blockchain, not crypto. Cryptocurrency trading is illegal in the country, and if cryptocurrency usage takes off in China, it's likely that the government will take steps to prevent crypto usage. One of the few exceptions may be the cryptocurrency NEO which is often referred to as the Chinese Ethereum. NEO is a Chinese project which attempts to work with regulators rather than dodging the law. Although NEO has a different consensus mechanism than Ethereum, it's still a smart contract platform and can host initial coin offerings and dApps.

The Chinese government has announced its intention to release a central bank digital currency, and the news has had a large impact on governments around the world. One of the causes of speculation about China's central bank and their digital money is that a government-backed blockchain currency has never been fully implemented before, and nobody knows what the effect could be. Will China's virtual currency affect the U.S. dollar's status as a reserve currency? A digital Renminbi would certainly be a more efficient payment system than the outdated SWIFT architecture that currently powers global commerce. Presumably, the digital currency would settle in seconds or minutes, versus the five to seven days that it can take to send money through the financial system with SWIFT. The closest equivalent that the United States has to a digital dollar is Libra which, for better or worse, has been sidelined by regulators. While the United States dithers away time arguing about whether BTC has any other purpose besides tax evasion, China has been working on its digital Renminbi for nearly five years and has a massive head start. The success or failure of this digital currency will have lasting impacts on the CCP and PBOC, and the project deserves to be followed closely by anyone interested in cryptocurrencies.

In 2018 and 2019, there was a real concern about the centralization of mining within Chinese borders. Many Bitcoiners feared that if a few of the largest Chinese miners teamed up, they could perform a 51% attack and destroy Bitcoin. Or, more likely, the CCP could force the miners to get together and perform the 51% attack. [caption id="" align="alignnone" width="465"] 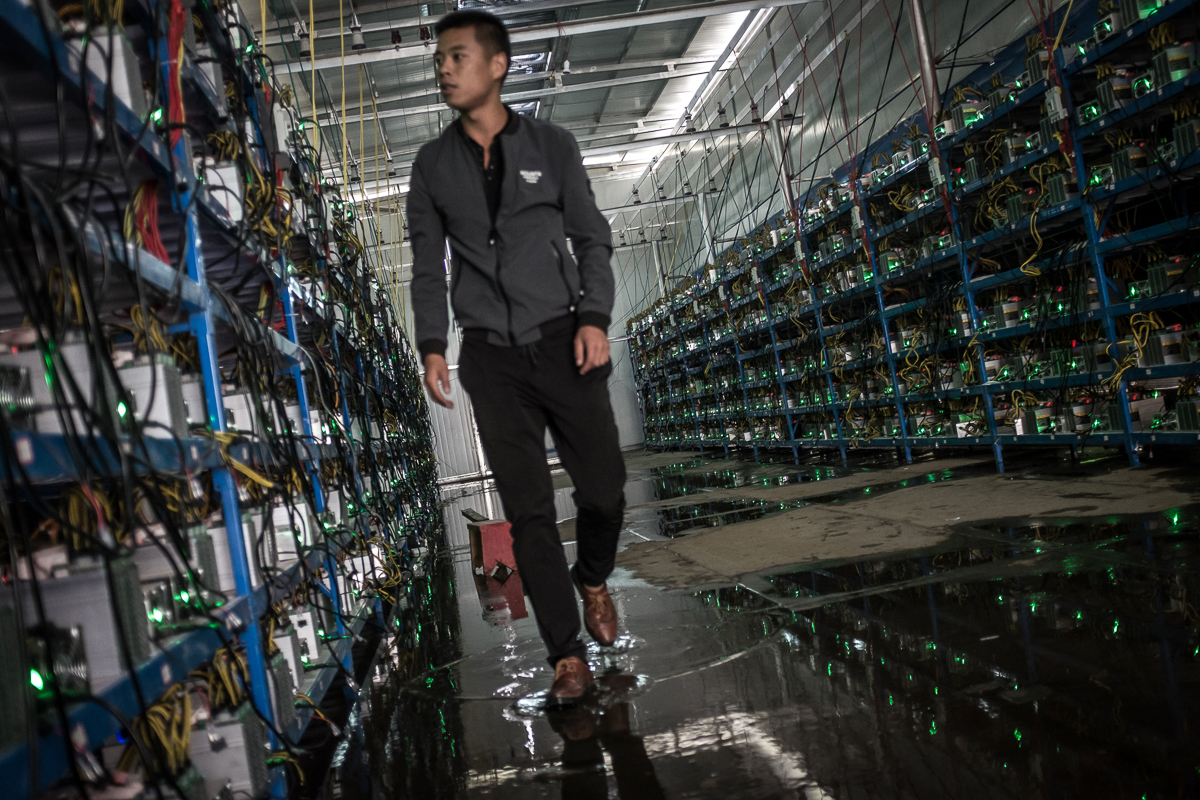 Source: EPA/LIU XINGZHE/CHINAFILE[/caption] In the last year, however, these fears have abated somewhat as the percentage of mining controlled by Chinese firms has gone down. New mining facilities are coming online all over and in fact, the largest mining facility in the world is going to be built in Texas. It's difficult to say exactly what percentage of Bitcoin mining is controlled by Chinese miners, however, there are some recent estimates that provide some clue of what's happening. The University of Cambridge research institute suggests that about 65% of all Bitcoin mining, as of April 2020, is happening in China. Within China, both Beijing and Sichuan are key areas where much mining is done. Thanks to the transparent nature of Bitcoin, we can check to see which mining pools are contributing the most hashrate. These statistics don't tell us the total hashrate being contributed by Chinese miners, however, as further research (analyzing IP addresses) is needed in order to confirm that information. [caption id="attachment_4947" align="alignnone" width="622"]

Hashrate distribution across major mining pools[/caption] Another report from 2018, completed by Princeton University and Florida International University, suggested that at the time about 75% of mining happening on the Bitcoin blockchain platform was taking place in China. The decrease from 75% to 65% suggests that the percentage of mining being done in China is decreasing. As alluded to earlier, a major reason for this decline is that Bitcoin mining firms are diversifying their operations to other countries. Neither the Chinese government nor the People's Bank of China is engaged in Bitcoin mining at this time, at least not that we know of.

One of the most exciting developments to happen in Bitcoin mining recently is the portable mining rig. A portable rig is a mini mining farm that's built into a shipping container and can be transported to any remote location. The entire rig is powered by natural gas, which is often in abundance at remote oil drilling locations. [caption id="attachment_4948" align="alignnone" width="578"] 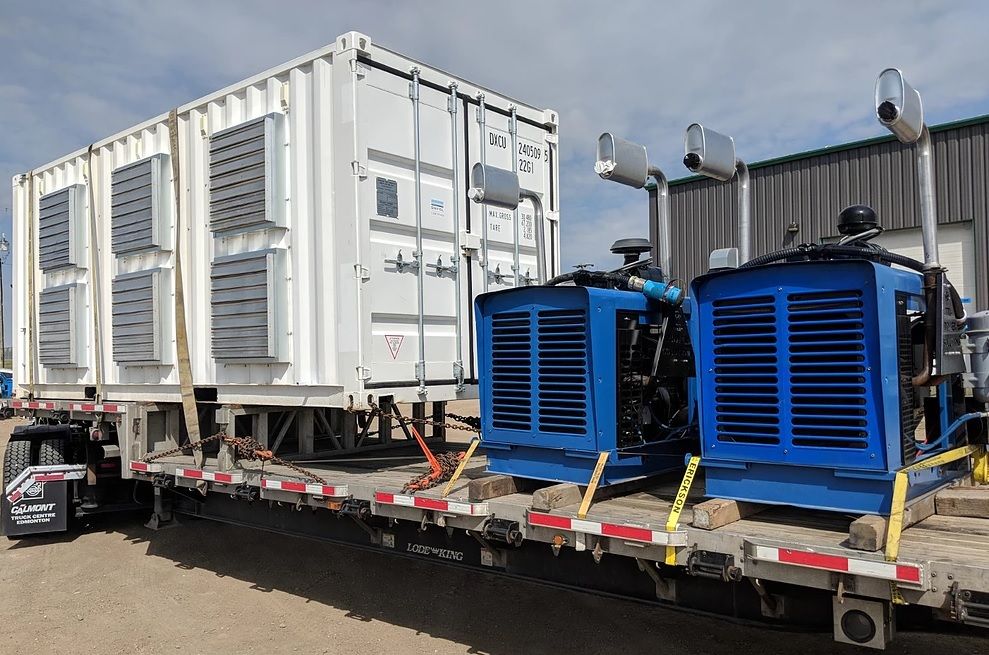 A portable Bitcoin mining rig including generators that convert natural gas to electricity[/caption] Since building infrastructure to collect the natural gas is too expensive, the gas is often just burned off. Instead of wasting the gas, however, it can be used to power a Bitcoin mining rig. That's better for the environment and the oil company can turn a profit as well. These portable mining rigs are expected to become extremely popular in the coming years and they should help to further decentralize mining and chip away at the Chinese dominance of the network.

The Future is Unclear

Traditionally, China has been home to a majority of the world's largest Bitcoin mining operations. However, going forward we should expect that to change. Cryptocurrency has a precarious legal status in China and it could be made illegal at any time. This could easily happen at the same time that China releases its CBDC (Central Bank Digital Currency). The introduction of a digital Yuan, which might appear to be good for crypto, might be an impetus for the CCP to crack down on all non-state currencies in order to force people to use the government-approved coin. Only time will tell and the Chinese approach to cryptocurrency is anything but predictable. Given these factors, 2021 should be a very interesting year for cryptocurrency in China.