Many crypto tokens have made smashing debuts promising the moon to prospective users. But a lot of these projects have failed to live up to the hype in 2022. 2022’s crypto winter was a prime example of the described phenomenon, a brutal season for several projects in the industry. The total crypto market cap took a steep drop from 2021’s November $3 trillion all-time high to a frail $792B at the moment.

Crypto kings Bitcoin and Ethereum were left scrambling to hold on to new suppors, recording 66% and 71% losses respectively over the year. With the leading names hanging by a thread other altcoins were not spared in the bloodbaths. Stablecoins took some of the market’s biggest blows. Also, as the metaverse hype began to die down, so did some tokens with ties to the sector.

In November 2020, the crypto market embarked on a bull run that saw up to 8000 tokens flood the space within the next 12 months. However, per a report from crypto data aggregator CoinGecko, 3,322 tokens that were listed on the platform a year ago failed to stand the test of time. Indeed, roughly 41% of the tokens listed in 2021 have now been deactivated on the aggregator. Let’s take a look at some of these coins and what exactly caused them to go six feet under. 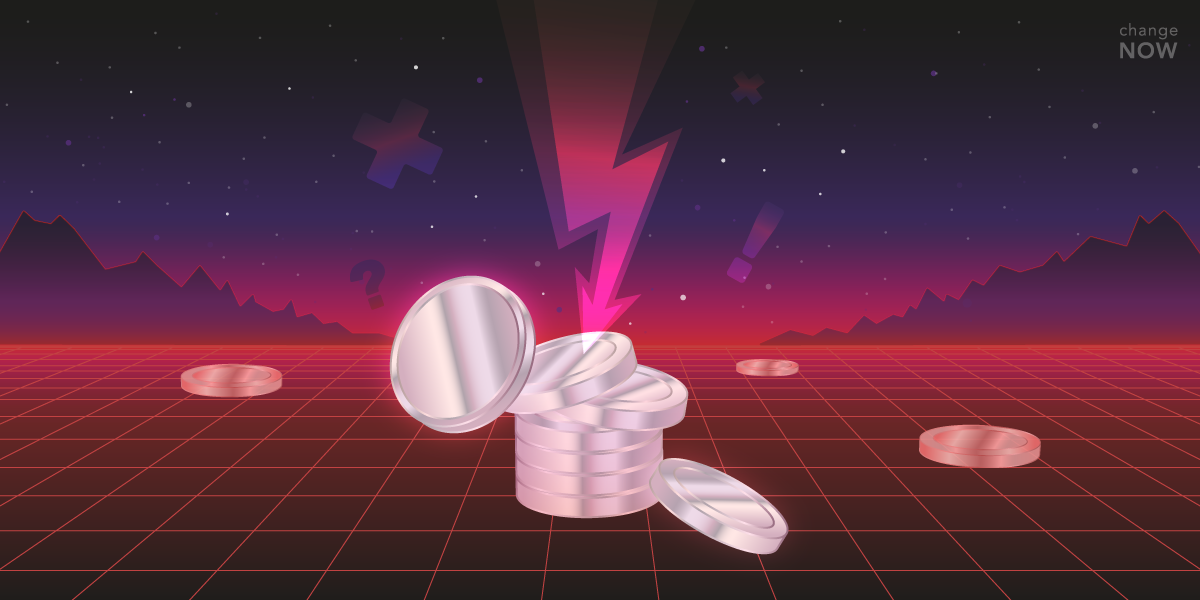 One of the crypto space's biggest disasters is the collapse of the Terra ecosystem. In May of 2022, the network’s governance token LUNC formerly tagged LUNA, took a nosedive, plummeting about 80%, making it near worthless. It's still unclear what caused the crash, but some suspect it was a targeted attack on the token and the network. Talk about a crypto sob story!

Terra’s algorithmic stablecoin UST was hot on LUNA’s tails as it collapsed, losing its peg to the dollar. The reason for this was that UST’s stablecoin model meant the token was backed by LUNA rather than a real-world asset. Terra used a unique algorithm to ensure 1 UST remained equal to $1, however, in roughly 48 hours the token tanked, clocking as low as $0.26.

Making perhaps an even bigger mess than Terra did, Sam Bankman-Fried’s crypto empire imploded in early November. As FTX’s dirty secrets spilled out the exchange went down taking its native token to the grave with it. FTT dropped from $22 to under $5 in one day wiping a whopping $2B from the market. It has dropped even lower since then, resting at $0.84 as users shy away from all things FTX.

As waves from Terra’s downfall rippled outwards, DEUS Finance’s algorithmic stablecoin DEI was unable to avoid being swept along. The token lost its dollar peg amid the FTX melee and continued falling, hitting a record low of $0.1086 3 months ago.

For Acala Network it was a common story, the platform had a bug. The twist to this tale is that a malicious actor exploited the opening to mint over 1.28B tokens out of thin air. The network’s native stablecoin, AUSD dropped as low as $0.009 and has struggled to recover since.

The downfall of Gala Games’ GALA token began with a misconfiguration of the pNetwork bridge that led to the release of extra GALA GAME tokens. A dramatic drop in the token’s value followed prompting rumors of a rug pull. GALA lost 90% of its price and faced a series of exchange delistings that further worsened the situation.

Its status as one of the industry’s biggest metaverse projects did not shield the play-to-earn (P2E) game Axie Infinity from the effects of the bear market. AXS saw its market cap shed over $200M in under a month with the token’s price following suit. The price dump came as the Axie team shared plans to release 21.5 Million AXS tokens in what some tagged a suicide mission.

The Sandbox (SAND) token has had a rocky ride owing to the recent collapse of the FTX exchange. The token has experienced some price fluctuations in the past and has struggled to maintain consistent growth in the face of market conditions. Data from the past few months shows a sharp decline in the price of SAND, and it seems that the bearish trend may continue at least in the near future.

Neutrino USD (USDN), a stablecoin of the Waves ecosystem, has continued to keep investors on the edge of their seats as they hope the token will not end up like Terra’s UST. Outside of a brief stint in October where it managed to hold on to its peg, USDN has built a history of instability, failing in its very purpose as a stablecoin.

Why Some Tokens Fail; Dead Giveaways for Dead Coins

Crypto token failure can come from a variety of sources - scams, fraud, poor management, and even exploits as shown in some of the tokens listed above. However, the general turbulence of the crypto space in the last couple of months played a huge part in the crypto decline. Indeed, the Terra crash dealt a major blow to investor faith in stablecoins, and the pertinent asset class suffered as a result. As an investor, it's crucial to do your research and understand the risks before diving in. After all, it's better to be safe than sorry (or broke).