Coinbase Shares Fall by 20% as It Faces Scrutiny from SEC

According to reports, the U.S. Securities and Exchange Commission (SEC) has launched a probe to investigate whether Coinbase offered Americans to trade digital assets that should have been registered as securities

As a result, the platform’s shares fell by over 21% on Tuesday.

Last week the SEC reportedly charged one of the ex-Coinbase employees with an alleged insider trading scheme and stated that nine of the 25 tokens traded on the platform could be securities. Coinbase chief legal officer Paul Grewal has denied the allegations by claiming that their “rigorous diligence process” keeps securities off exchange.

Coinbase is one of the many centralized crypto platforms that are currently experiencing issues. That’s why we urge you to exchange your digital assets through decentralized services such as ChangeNOW. 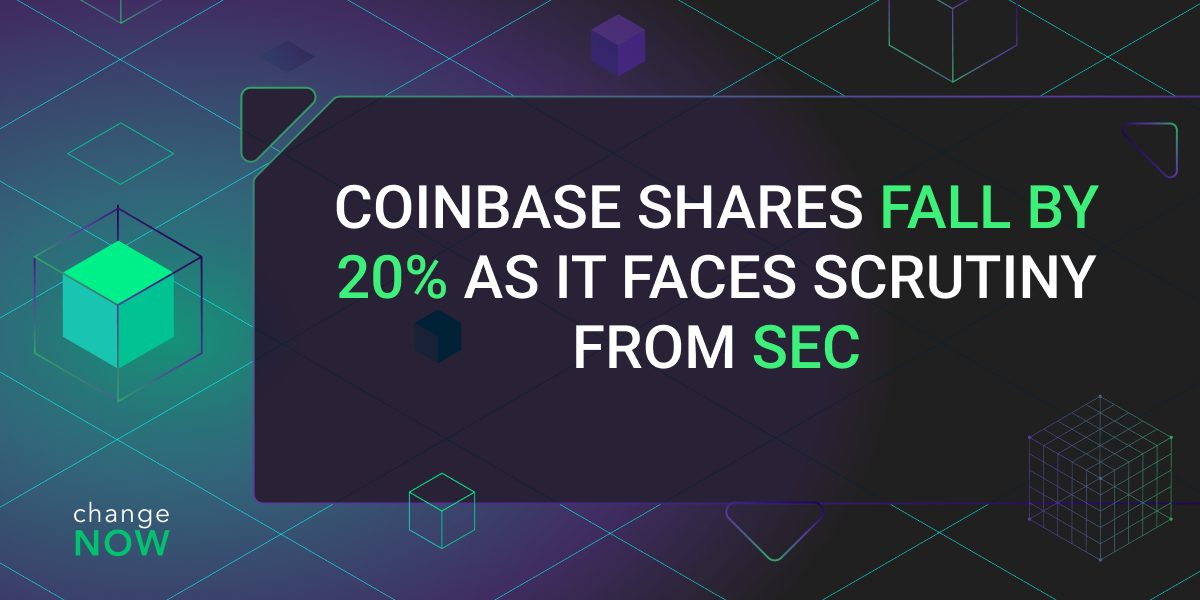