As technology manager at IOHK Kevin Hammond revealed today, the launch of the highly anticipated Cardano’s Vasil hard fork will be delayed again.

The hard fork is expected to immensely improve the blockchain’s scalability and performance. The release was supposed to happen at the end of July but due to further testing and minor preparations will be postponed for an indefinite period of time.

Whales and investors have been showing strong interest in the Vasil hard fork which made the Cardano token’s price perform well even in the bear market. Following the recent news, ADA climbed by around 3.5% in the last 24 hours. Some crypto experts say that another 100% hike could be expected from the coin with the launch of the hard fork.

You can buy, sell, and exchange ADA at ChangeNOW. 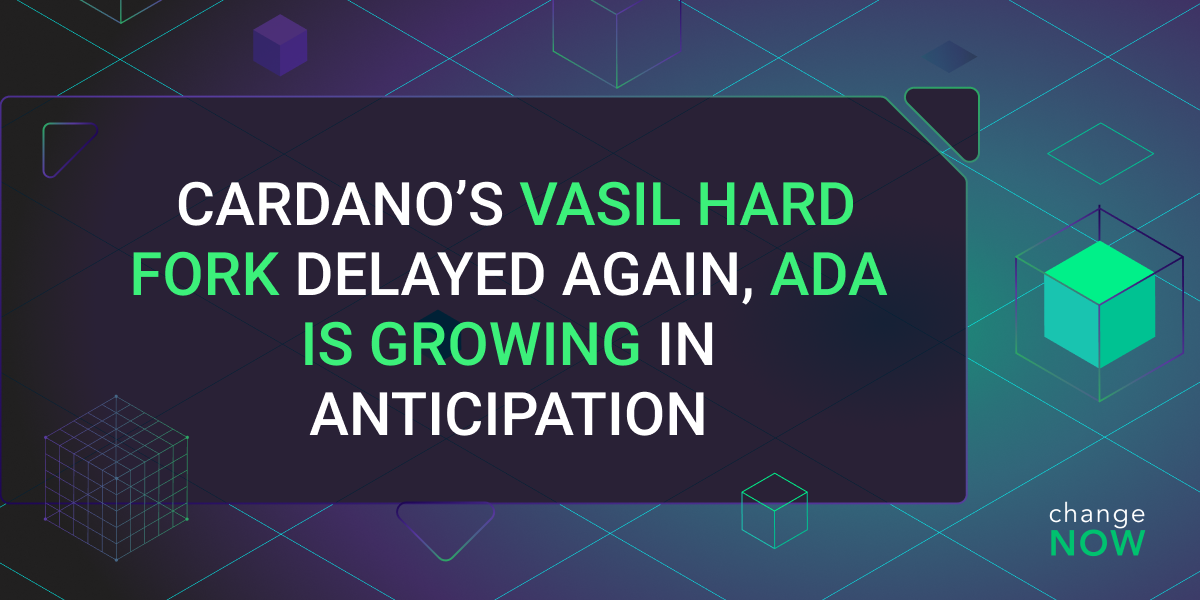