Cardano is the second-largest smart contract platform and one of today’s most ambitious crypto projects. It is led by an advanced team and supported by a passionate community, which allows Cardano to firmly stick to its clearly outlined roadmap. Let’s see what Cardano is and why it’s so popular in the crypto community.

Cardano is a blockchain platform that runs on the Proof of Stake consensus algorithm and allows for building smart contracts and decentralized applications. Cardano is built using the Haskell programming language.

Soon after Ethereum had been launched in 2015, its co-founder Charles Hoskinson realized that a smart contract platform may look different: it could be more scalable, decentralized, and sustainable if leveraged the Proof of Stake consensus algorithm. This is how the idea of Cardano came to his mind and was implemented in 2017.

The platform is named after Gerolamo Cardano – a prominent Italian mathematician, physicist, biologist, and chemist who lived in the 16th century. He published fundamental works in algebra, probability theory, and mechanics that laid the groundwork for further research. No surprise that a blockchain built using scientific methods and mathematical proof was named after Cardano.

The Cardano ticker ADA received its name from Ada Lovelace – the world’s first programmer and the daughter of the English poet Lord Byron. 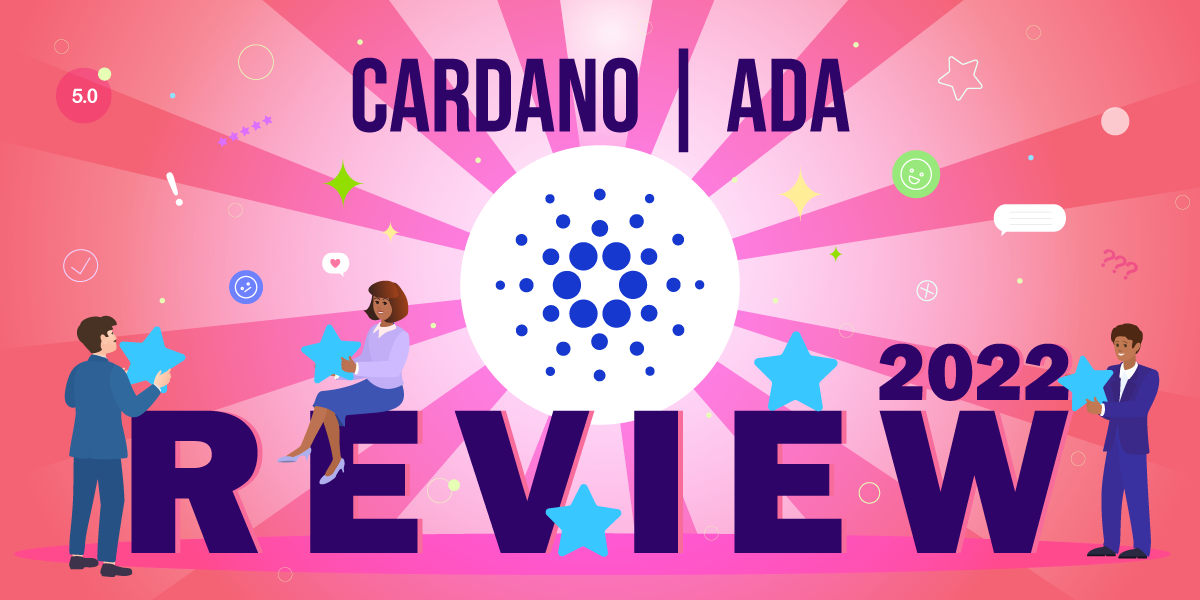 Cardano was founded by three peers: 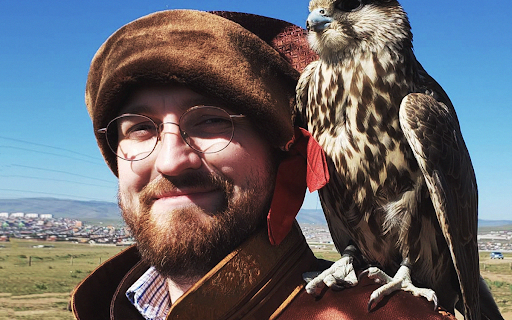 Charles Hoskinson during his visit to Mongolia. Image source

Cardano is developed and managed by a decentralized team working at 3 independent entities:

The Cardano roadmap is described in detail on the platform’s official website. It features 5 eras of ADA development, with the current one being Basho – a period when Cardano optimizes its performance and scales the blockchain. It became possible to enter the Basho era after the milestones of the previous one, Goguen, were achieved – the introduction of smart contacts and dApps in the Cardano network.

The team will focus on on- and off-chain solutions during the Basho era in 2022. Here are the on-chain upgrades:

Off-chain solutions include the integration of Cardano with several sidechains and the improvements of the Hydra protocol – the L2 scaling solution for ADA.

One of the forthcoming Cardano events to keep an eye on is the Vaslil hard fork. The upcoming fork is just around the corner, the final versions of the components are almost ready to be delivered. The hard fork of the public Cardano testnet has already been released for the broad audience on July 3rd, the mainnet hardfork taking place in the end of July, 2022, will facilitate smart contract interactions, improve access to blockchain data, reduce transaction size, increase Cardano scalability and the security of the network.

Cardano leverages Ouroboros – the Proof of Stake protocol with guaranteed security. It was introduced in 2015 as an energy-efficient alternative to Proof of Work that is also resistant to centralization: the Ouroboros’ main advantage is that its choice of stakers to produce blocks is objectively random. The protocol has become the first solution with scientifically proven reliability.

Ouroboros is based on the premise that attacks on the blockchain are inevitable, so the protocol is inherently resistant to malicious actions: it doesn’t allow for promoting the alternative versions of blockchain.

Ouroboros has been upgraded several times. The current iteration that the team is working on is Ouroboros Hydra – an offchain layer-2 protocol designed to increase the network’s throughput. It allows Cardano to scale horizontally (performance is increased thanks to new nodes) rather than vertically (when more powerful hardware is needed).

Before smart contacts were launched on Cardano, the platform had been criticized for the lack of utility and protracted implementation of dApps. After the team enabled Plutus smart contracts, decentralized apps started to emerge on the Cardano network in 2021. There are two DEXes operating in the network: MuesliSwap ($8.2 million of TVL) and SundaeSwap ($26.7 million). The latter is officially supported by IOHK and Charles Hoskinson.

Besides smart contracts and all the technical innovations, Cardano is involved in numerous non-commercial projects. Its blockchain-based system for academic performance tracking operates for students in Ethiopia, and over a million trees have been planted under the Cardano Forest program.

How to Mine Cardano (ADA)

Cardano is based on the Proof of Stake consensus algorithm, so it’s impossible to mine it. However, you can earn ADA by staking it.

You can delegate your Cardano to a stake pool or run your own one. The Ouroboros protocol chooses block producers based on their stake size: the more ADA you have, the bigger is your chance to forge a block and receive the reward.

Many wallets and exchanges support Cardano staking, and it’s quite easy to set it up. In your wallet menu or exchange account, find the “Staking” section, select ADA, and enter the sum. New Cardano coins will start accumulating shortly.

Cardano price is $0.495 at the time of writing. Its 24h trading volume is $1.1B, circulating supply exceeds 33.75 billion coins, and the market cap is $16.7B, putting it at the 7th position on CoinMarketCap.

Cardano experienced its latest all-time high in September 2021, when the price hit $3.10. The ADA current value is 16% from that peak.

It’s hard to predict how long the current bearish trend for Cardano (and almost all other cryptos) will continue — it largely depends on macroeconomic factors. We may be currently witnessing a new bullish market movement for ADA, but it hasn’t been confirmed yet.

Price prediction platforms give a moderate forecast for Cardano:

How Can I Buy and Trade Cardano (ADA)?

Cardano is available for purchase on all major crypto exchanges and instant exchange services. Before we review the easy way to buy ADA, let’s list the best wallets to store the coin.

Daedalus is the official Cardano wallet designed for desktop (Windows, Linux, and macOS). This is a full-node solution: it allows you to directly access the blockchain and propagate your transactions without any intermediaries, which, however, implies downloading a full copy of the 62 GB Cardano blockchain. Daedalus supports all possible ADA network features for Cardano enthusiasts.

NOW Wallet is for those who don’t search for a compromise between security and usability. This lightweight mobile wallet allows you to store 400+ assets including ADA in a clear and intuitive interface. You can swap Cardano for other cryptocurrencies in the built-in exchange or purchase ADA with a credit card without leaving the wallet.

Ledger is a hardware wallet that keeps private keys from ADA offline, guaranteeing utmost security. The wallet supports over a thousand crypto assets. Keep in mind that for sending ADA or embarking on a staking process, you’ll need to have a physical Ledger device at hand. Prices for Ledger start from $59.

If you want to buy Cardano anonymously without registration and hidden fees, try ChangeNOW. In this instant crypto exchange service, you can swap over 380 digital coins for ADA. We partner with many liquidity providers, which allows us to pick the best exchange rate at the moment of your swap. The service is non-custodial: we don’t have access to your private keys and any other sensitive data.