Another Week in Crypto with Pauline Shangett. Mar 2 – 8

This week, several countries in the world have demonstrated huge progress towards crypto adoption – while several projects and people have been passing through turbulent times. But though we don’t know what’s going to happen next in the following months, this week we’ve had a chance to see what will happen with crypto in the early 25th century. So let’s see what we found out!

The history of humanity is full of examples when people were trying to stop progress. And these moves, of course, have their rational reasons – people are often afraid of new things they don’t understand and, importantly, don’t know how to control. But in the meantime, people realize that the only way to go forward is to adapt to progress (those have to be two different groups of people though). This is what happened this week in India, where the Supreme Court lifted the crypto ban posed by the Reserve Bank, and in South Korea, where the National Assembly legalized cryptocurrency. [embed]https://twitter.com/CryptoShrikar/status/1235888523284119552\[/embed\] Crypto bans have not been a good idea from the very beginning – since cryptocurrency seems to be something that’s taking over the world, those who don’t adopt it today will be soon left behind. As these amazing events took place just one right after another, we decided it would be fun if another country would lift the ban this week too – and made up this poll in our Twitter: [embed]https://twitter.com/ChangeNOW\_io/status/1235614948765597697\[/embed\] And guess what, the next day the news came from France – the court officially recognized Bitcoin as money. Same as several days before, when Germany provided legal clarity on the status of Bitcoin, too. Who would even think this week would be such a tremendous success for crypto adoption throughout the globe? It seems I should make a special section of “Another Week in Crypto” dedicated to this movement, shouldn’t I?

Jack Dorsey and his good ❤️

As crypto itself has been doing well during the past week, not all the crypto enthusiasts have. You might have heard that the new investor of Twitter wants to oust Jack Dorsey as its CEO. This news is pretty grave for the crypto community – Dorsey was one of the most significant Bitcoin maximalists not directly from the crypto industry.

This man hopes Bitcoin will become a single currency of the Internet. His Cash App reaches half a billion USD in Bitcoin sales in 2019 and issues grants to crypto devs. He hodls Bitcoin himself, too – and does everything to raise its scalability. One month ago, Twitter issued a special Bitcoin emoji – the one ChangeNOW adores and uses as much as possible now. ? Reportedly, one of the reasons why Elliott Management wants to replace Dorsey is because he pays too much attention to the product itself – not thinking enough of how much money it could raise. Thank God, there are people like Jack in the social media top management field. https://twitter.com/elonmusk/status/1234650006117867520 The other reason why the new investor wants to oust Dorsey is because he spends too much time on his Square payments app. As for me, I think Twitter will suffer from Jack’s absence. However, the fact he’s going to have more time now for his Square app (which is doing a lot for crypto adoption) is a good sign for the crypto community. In the end, even Forbes agrees with me – this has to mean something. In any case, I wish luck to Jack.

While recent events in Jack Dorsey’s life might be bringing him forward into cryptocurrency, other people are taking a step back in this race. This refers to the team of Libra – which, as you must’ve heard, has received quite a lot of criticism from both crypto community and government officials over the last few months.

While senators and bankers were afraid that Libra could be used for illegal purposes and/or will create a new uncontrolled sector of the economy, the aforementioned Jack Dorsey and others claimed Libra is not even a cryptocurrency itself. It looks like Facebook has listened to both sides – and now revamps its plans. The team denied backing away from the project of Libra itself, but in the following months, it’s going to focus mostly on developing a payments network that could accept multiple currencies, including crypto and fiat. In fact, Zuckerberg's plans are still a little unclear as the information is coming from different official and unofficial sources within Facebook. In any case, the team must have learned a lot from the feedback they’ve got recently, and this is great – next time, the same mistakes must not be repeated. Looks like we all should adopt this model – if something goes wrong, we don’t quit, but take the feedback in stride and go forward.

Now, let’s step away from our ‘dull’ reality where crypto is still far from being adopted across the globe. In what century do you think we’ll be able to buy a loaf of bread with Bitcoin right by our house (in case we still need to eat food by that time)? Maybe the 25th century? Let’s take a look!

“What the hell is this?”, – you probably want to ask. As we don’t have our time machine at ChangeNOW, we had to borrow it from Netflix – which released last week the new season of its “Altered Carbon” series. So what were you expecting to see? A bright future with unicorns and happiness? People love to show the world of the future in this menacing near-post-apocalyptic manner, with the dictatorship of capitalists of whoever else dominating. I hope this prediction doesn’t come true – same as the Bitcoin price prediction for 2414, where you only can buy some sort of confusing suspicious items at the black market for 0.5 or 2 BTC!! 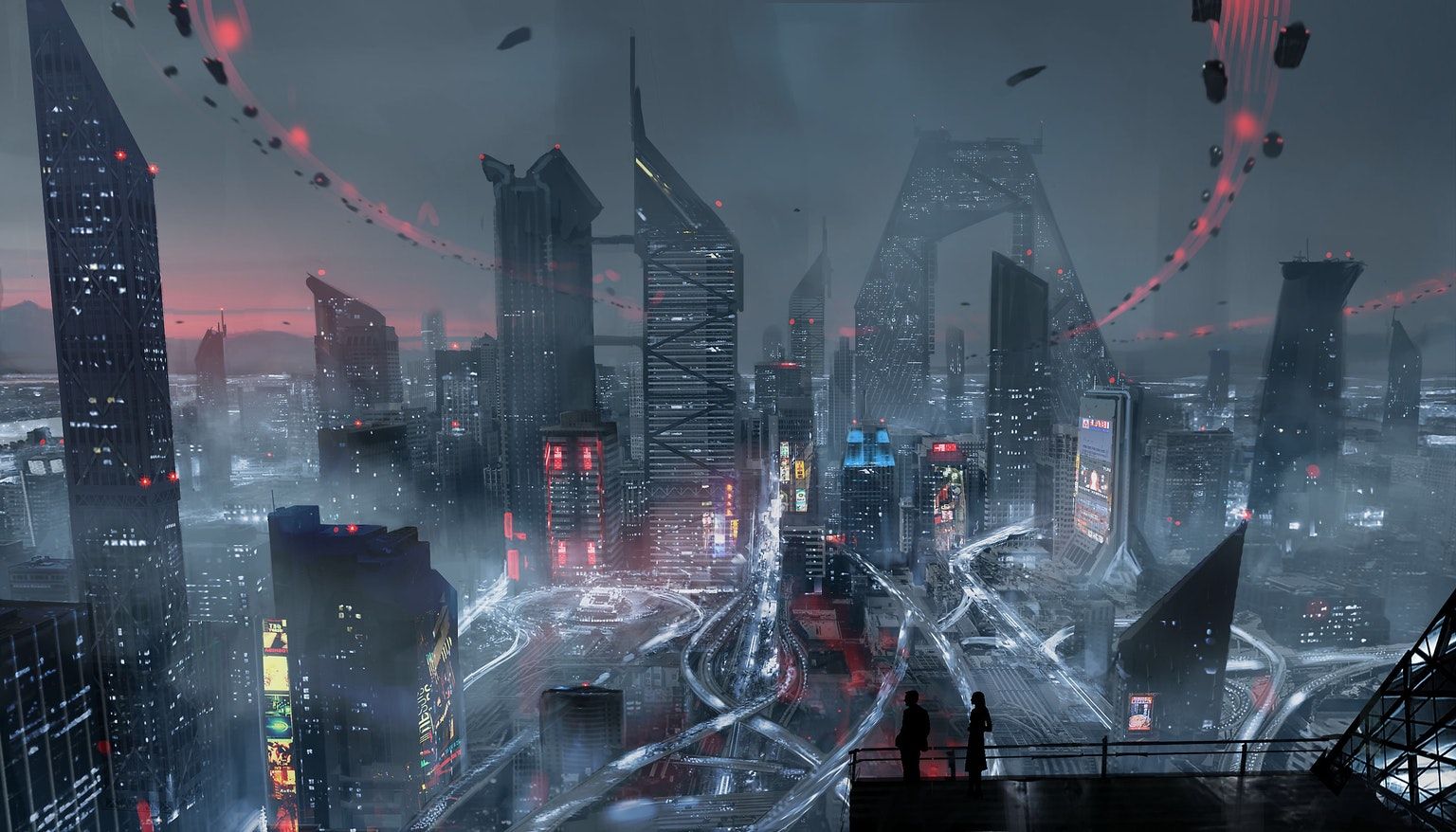 You would say – what could even be scarier than the Bitcoin rate like that? But in this series, people use stacks (upper left on the top image of the article) – implants put right into their spinal cords to store consciousness, which when you get old and die, you can use to resurrect in a new body. Of course, the wealthy can afford constant renewing of their bodies and other cool features – so they’re not only ‘satting stacks’, but performing ‘Proof of Stack’ algorithm as well! How creepy. I love technology, but sometimes I’m really happy I live in the 21st century as opposed to 22nd or whenever else.

This was the second Another Week In Crypto with Pauline Shangett. I hope you enjoyed reading it, and see you in a week! Enjoy living without a stack in your spinal cord.