Cryptocurrencies have been around for several years now. However, some people still find them confusing due to myths and wild claims that surround crypto. Many people who come across such rumors believe them to be true, deterring others from investing in crypto assets. In this post, we shall explore some of the most popular myths about cryptocurrencies.

Cryptocurrencies have been around for several years now. However, some people still find them confusing due to myths and wild claims that surround crypto. Many people who come across such rumors believe them to be true, deterring others from investing in crypto assets. In this post, we will explore some of the most popular myths about cryptocurrencies. Let’s dig in!

Myth 1: Cryptocurrencies are for criminals

One of the most pervasive myths about crypto is that they are used for illicit activity, due to the anonymity that comes with the virtual currency. While it’s true that crypto coins were popular in black markets such as Silk Road, they are not predominantly used for illicit activity compared to fiat currencies. In fact, statistically, the US dollar remains the number-one instrument worldwide for nefarious transactions. Crypto is unlikely to completely replace regular cash in drug sales in the foreseeable future. It’s also important to note that it’s the transactions themselves that are illegal, not the cryptocurrency.

Contrary to the basis of this myth, the majority of cryptocurrencies (including Bitcoin founded by Satoshi Nakamoto) are not entirely anonymous. Bitcoin transactions are traceable. Experts can use the publicly available information together with sophisticated software to trace transactions back to the original owners. Also, major crypto exchanges like Binance require ID verification to withdraw cryptocurrencies, helping prevent fraud and other illegal activities. Instant crypto exchange service ChangeNOW does a lot to return stolen funds any time they are being laundered. Crypto community itself is actively fighting any illegal action in the industry.

Back In 2019, Donald Trump claimed in a tweet that he is not a fan of Bitcoin and cryptocurrencies. He justified his claim by saying that digital coins are not money and have their value based on thin air. https://twitter.com/realdonaldtrump/status/1149472282584072192 The U.S. President is not alone. There are many crypto skeptics who also believe digital currencies have no value, and there is no reason for investing in them. The speculative nature of cryptocurrencies and the fact that material assets do not back many of the cryptocurrencies justify this myth. However, nothing could be farther from the truth. A glance at the current cryptocurrency rates will tell you they do have value - and how exactly much. There is even a class of cryptocurrencies backed by real assets called stablecoins that completely debunk this myth. The value of cryptocurrencies, just like all currencies, is pegged on supply and demand. The coins are only worth what people are willing to pay for them. And as you can see, they are in demand. Many crypto coins can be exchanged for goods and services.

Myth 3: Bitcoin is the only good long-term investment

Founded in 2009, Bitcoin is the original mainstream cryptocurrency. However, over the years, more cryptocurrencies have cropped up. By estimate, there are close to 6,000 cryptocurrencies in existence. While Bitcoin did lay the foundation for all other cryptocurrencies, many have come up, which are far superior in technological terms. Ethereum, for example, has inbuilt smart contracts features that allow simple automation of complex transactions. Smart contracts take crypto transactions to the next level. https://twitter.com/officialmcafee/status/1213839069681205254 Bitcoin still dominates on the market, which makes it highly competitive. The hype around Bitcoin also gives this myth the foundation it deserves. The more people talk about Bitcoin, the more investors believe it is the best investment avenue. Bitcoin is a good investment, but not for everyone. Many people prefer investing in other currencies due to higher ROI, interesting use cases, and so on. In addition, altcoins enable traders to diversify their trading portfolios, which boosts their chances of making more profits.

Myth 4: Coins and tokens are the same

The crypto world came with new terms that many people struggle to differentiate. Two of them are coins and tokens which are frequently confused. These are two major types of cryptocurrencies, and here’s the difference: coins exist on their own blockchain, while tokens don’t. Tokens require another blockchain to operate. One of such networks is Ethereum - it hosts a large number of tokens of what is called an ERC-20 standard. Secondly, coins are mostly used for payments or as a store of value, while tokens have many diverse use cases. For instance, there are utility tokens that grant holders access to a project's functions, and security tokens which represent one's investment in a project. Tokens are usually issued during initial exchange offerings (IEOs).

Myth 5: Cryptocurrencies are not secure

The popularity of cryptocurrencies opened up the market to a lot of unscrupulous dealers. The lack of regulations made the market even more conducive to devious dealings. Over the years, the crypto industry has experienced high profile scams and theft that made people question its security. In 2014, Mt.Gox (a leading crypto exchange) was hacked and Bitcoin worth $460 million was stolen. In 2017, NiceHash (a web platform where people buy and sell processing power needed for Bitcoin mining) was hacked and Bitcoin worth $64 million disappeared to thin air. In 2018, Coincheck (a Japanese exchange) suffered an attack that cost it $534 million. 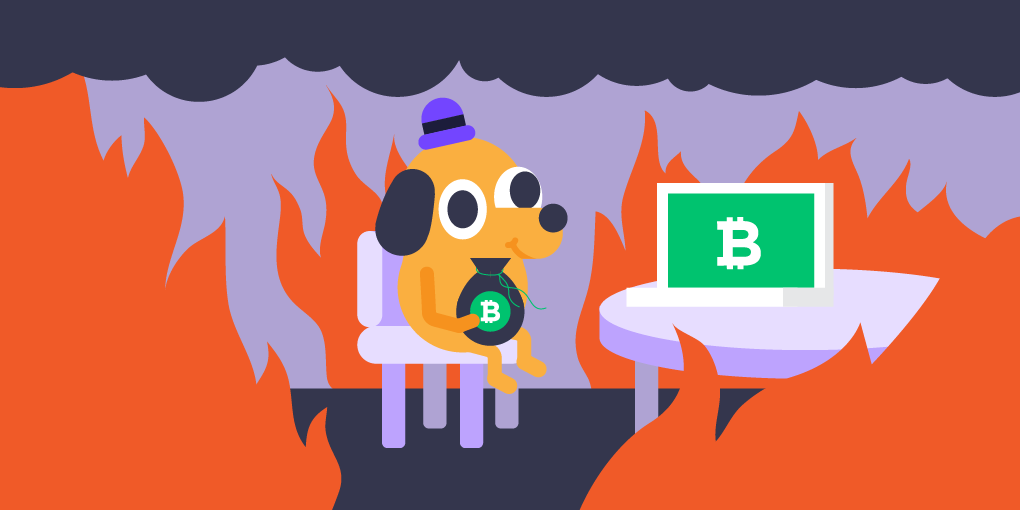 While the number of large theft and scams are worrying, the crypto market has seen a number of improvements over the years. To improve security, crypto projects now use multisignature wallet access, whitelisting of addresses, encryption of operating environments, among other advanced solutions to ensure secure and effective transfer of digital assets on a daily basis. Currently, big businesses like Facebook, JP Morgan, and Square are already looking into ways of jumping into the crypto world. Besides the big businesses, several governments continue to show great interest in cryptocurrencies. This would not be possible without them being sure that the technology is secure enough for such large-scale projects. Final word By now, you already see how common myths about cryptocurrencies can easily mislead. And this is just the tip of the iceberg. Many other myths exist out there. It would be helpful always to check the source of any information instead of buying into it blindly. The assumption that the crypto space is a black box may be the biggest huddle holding most people back from finding success in this new industry. Cryptocurrencies, more than traditional financial markets, create more transparency and enhance our ability to create a truly open financial system that’s safe and trusted by all.