You Would Never Think Blockchain Is Used for This

From farming to prevention of human trafficking, blockchain technology has shown itself efficient in a wide variety of fields. Security, transparency, and ability to store huge amounts of data are the reasons that made it so widespread. What are the other fields far from crypto where blockchain is used? Learn more in our new blog article!

Blockchain technology is a hot topic today, 11 years after it was invented by the same person who created Bitcoin — Satoshi Nakamoto. Of course, the mysterious Bitcoin founder did not invent the entire concept of blockchain and decentralization. However, he was the first to provide a working model that paved the way for every other blockchain project that we have around today. Of course, blockchain has evolved over time. Back when it first emerged, it only served as an underlying technology for Bitcoin. That was its first and the only use case. These days, there are hundreds, if not thousands of use cases for blockchain technology. Some are already implemented in practice, while many remain theoretical for one reason or another. It might be that the technology is still too young and underdeveloped, or that those who would use it for some things require additional permissions and licenses. Some use cases are too big for anyone to pursue just yet. Today, we will look into some of the blockchain use cases that most people would not expect — things that could surprise you if you learned that blockchain even has a role there, such as:

You might think that it must be some kind of error, for how can technology that was invented for making payments with digital currency be used for tracking prescription drugs?

But it's true, this is one of the use cases for blockchain technology. Furthermore, you can go well beyond just prescription drugs and track nearly anything with blockchain. It works thanks to such features as the ability to store huge quantities of data, preserve that data, and not allow any single individual to change it or delete it. This whole system is extremely transparent. Basically, all you need to do as a pharmaceutical company is to upload information with one simple transaction, and as soon as that transaction gets recorded on the blockchain, the information will be stored right alongside it. After that, it will stay there forever, and you get to see how the drugs moved, who was responsible for them, how much there was, and alike. Simply compare that data to how much of a drug there is now, and you will instantly see if something is missing, as well as where the rest of it went, as long as it was distributed legitimately. The US FDA (Food and Drug Administration) itself has been working on this in partnership with IBM, Walmart, and others, since June 2019.

Continuing with the use of blockchain's ability to store huge amounts of data, many are using this technology to store every individual's ID, such as the project called Validated ID. There are quite a few reasons for doing this, such as an easy way to always have your ID with you. That way, you don't have to carry a card that you need to keep track of. It would be the same as having to present your Facebook profile when making an account somewhere or applying for a specific service, and alike. It is quick and digital, and verification processes are almost instant.

A direct consequence of storing IDs on the blockchain is the prevention of human trafficking. It is easy to make false documents and transport people across borders, but what if their identities were stored on a transparent ledger that no single person can change on their own? Human trafficking is a massive problem and a huge violation of people's rights and liberties, but it’s still present, and to stop it, we definitely should not pass on the opportunity that blockchain provides. This is why companies like Consensys are working on this tirelessly.

Have you ever wondered where the food from your supermarket came from? With blockchain, you can easily find out. 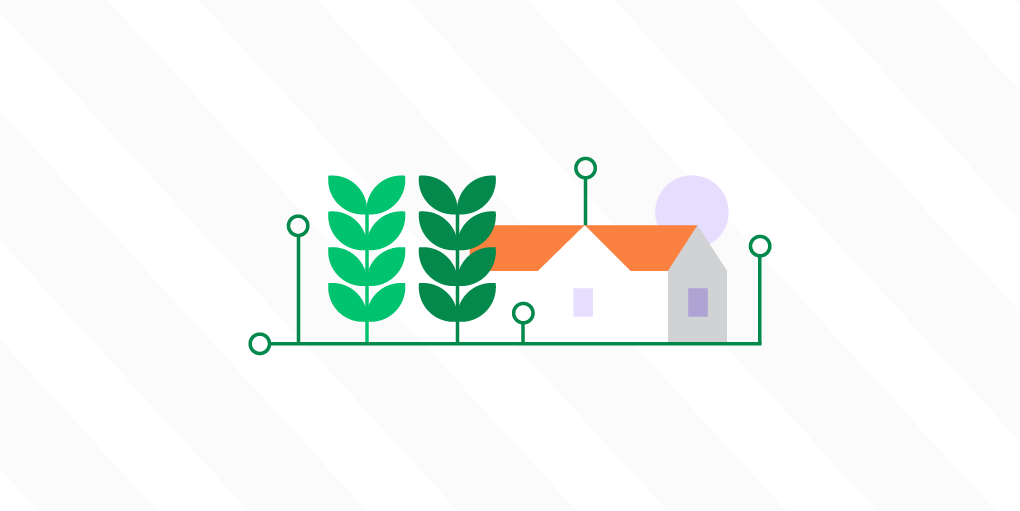 As you may know, many supermarkets and stores have deals with farmers who grow the food and send it directly, but sometimes, store owners tend to obtain food from suspicious sources at a cheaper price. This does not help local farmers, and you, the customer, end up paying the same price for a product of lesser quality. With the ability to track the food's origin via a simple app, you can use blockchain technology to see where it comes from, who grew it, and all other details about harvesting, production, and alike. A project known as IBM is a great example of this. With blockchain, you can make sure that the food on your family's table is always fresh, and that you support your local community by buying it.

Again, blockchain's ability to record data and keep it unchanged can do wonders in cases when you have to prove the validity of your claim, and bets are definitely one such example. If you ever found yourself in a situation where your claim was challenged by someone else and there was no way to prove which one was correct, you will understand how someone feels to be tricked out of a winning bet. With blockchain technology, such small manipulations and falsification of any kind of data or document are completely out of the question, and you can not only prove that your bet was correct, but also receive your winnings instantly through a cryptocurrency transaction. There are quite a few projects that do this, such as Wagerr or Fansunite.

Blockchain also has a huge potential when it comes to the use of power-sharing. For example, you have a neighbor who can harvest and utilize solar power, and you would like to use it as well. But you cannot afford to start harvesting and producing the energy yourself — in this case, you can use blockchain to simply buy their extra power. They can transfer their energy and control all the transactions. Everything can be set up through smart contracts to which you would both agree, and the rest will be completely automatic and performed by the blockchain itself. An Australian company Power Ledger is currently trying to enable this in Thailand right now.

There is a lot that you can do with the blockchain, and even with all of the examples we just gave you, we haven't even scratched the surface properly. There is so much more that one could easily write entire books about it. Blockchain is the future and we urge everyone to support it, as doing so will help the world advance and become a better place to live.