The Origins of Crypto

Cryptocurrency is revolutionizing the economic landscape: Bitcoin is a modern gold; Ethereum handles over 1,000 transactions every single day...

Cryptocurrency is revolutionizing the economic landscape: Bitcoin is a modern gold; Ethereum handles over 1,000 transactions every single day; Stellar is updating the old-fashioned remittance economy. And thousands of other tokens have the capacity to transform our everyday lives in dramatic ways. But how did we get here? As it turns out, the seeds of this revolution have been germinating for thousands of years, ever since a coded message was inscribed inside the Egyptian tomb of Knumhotep II in roughly 1900 BC. Then, after millenia of quietude, the sleeping giant of cryptography began to awaken. The dawn of electricity around one hundred years ago enabled cryptographers to encrypt and decrypt messages at speed, adding an element of practical use that had never been available. And then a few visionaries thought to apply cryptography to currency, setting the stage for crypto and a future brimming with untapped potential.

In the early 1940s, the German army was sweeping across Europe, and quickly crushing the Allied forces. In the six-year-long Battle of the Atlantic, German U-Boats had a major advantage over Allied ships, sinking hundreds of them by war’s end. The only weapon the Allies had that could stop these U-Boats was no weapon at all — cryptography. It is estimated that the unassuming young cryptographer Alan Turing was able to save over 14 million lives by ending the war early. The lesson in all this is that cryptography is powerful. It is also the discipline responsible for the greatest financial revolution the world has ever seen.

Our entire world has moved online, including shopping, gaming, streaming, gambling, accounting, writing, and much more. And yet, money remains physical. We still have to carry around and store pieces of paper if we want to engage in the global economy. Of course, innovations like credit cards and PayPal have enabled us to use proxies for this paper money. But, at the end of the day, paper money must move from one place to another in order for transactions to occur. This process is slow, sloppy, and prone to human error. Worse still, paper money is subject to the whims of short-sighted and print-happy governments heedless of the perils of inflation.

But cryptography is on the verge of changing everything. The major obstacle to moving the economy online is the so-called “double-spending” problem. Because computers and the internet can merely represent information, it is difficult to stop somebody from essentially copy-and-pasting money — or, at the very least, copy-and-pasting a transaction (hence double-spending). In the early 1980s, pre-Bitcoin, some began to realize that cryptography was the key to preventing double-spending and transforming our outdated, slow-moving economy.

BBE: Before The Bitcoin Era

Well before Satoshi Nakamoto developed what would revolutionize digital currency, there were others who saw the enormous potential in making money virtual through cryptographic means. American cryptographer David Chaum developed an anonymous cryptographic electronic currency called “eCash” in 1983, over 25 years before Bitcoin’s launch. In 1989, he sought to actualize eCash through his company DigiCash. Only one bank, the Mark Twain bank in St. Louis, Missouri, actually utilized Chaum’s eCash, and the program was discontinued after just three years. In those early years, the world was not yet ready for digital cash; after all, eCash was years before the internet had even taken hold.

It was not just Chaum who realized what the digital age might mean for money. A few years after Chaum’s DigiCash came into existence, the NSA, or National Security Agency, published a paper at MIT in 1996 detailing the possibilities of what they called “electronic cash.” The fact that the arm of the U.S. government in charge of security endorsed the security of a digital economy based on cryptography was a good sign for the future of crypto. Just two years later in 1998, Nick Szabo developed what was arguably the precursor to Bitcoin. Szabo’s design concept for what he dubbed “bit gold” was nearly identical to Nakamoto’s design for Bitcoin. Nakamoto has never been positively identified, but the two designs were so similar that noted financial author Dominic Frisby concluded that there was strong evidence that Satoshi Nakamoto was in fact Nick Szabo.

Like Bitcoin, bit gold had miners using computing power to solve complex cryptography, and the solver would be recorded on the network. In addition, each solution would lead to the next puzzle. Finally, the solution had to be recognized by the majority of nodes in order to continue on to the next puzzle. Does this sound familiar? Perhaps like a chain of cryptographic blocks, a blockchain? The similarities between bit gold and Bitcoin are too stark to ignore. However, this does not mean that Szabo is Nakamoto. It is perfectly plausible to suggest that the real Nakamoto had simply read Szabo’s paper and ran with the idea, making his theories a reality. Or that this was simply a case of parallel thinking. In addition, there are numerous plausible theories other than Nick Szabo regarding Satoshi’s actual identity. In any event, more than a decade would pass between Szabo’s bit gold and Bitcoin’s 2009 launch in the wake of global financial collapse.

In 2008, the global economy was reeling from trillion dollar losses on subprime mortgage investments. It was in the aftermath of this crisis that Satoshi Nakamoto launched Bitcoin on January 9, 2009, executing the first transaction three days later on January 12 by sending cryptographer Hal Finney 10 Bitcoin. Nakamoto disappeared soon after in 2010, after mining approximately 1 million Bitcoin (roughly $20 Billion today). In those early days, Bitcoin was more of a novelty item than a currency. Transactions were negotiated on a forum dedicated to Bitcoin, rather than on the exchanges that dominate today’s climate. The largest of those transactions was 10,000 Bitcoin in exchange for a Papa John’s pizza, today worth over $200 million — who knew Papa John’s tasted that good.

When Nakamoto disappeared, Gavin Andresen assumed control of the developer side of the blockchain. Andresen became the de facto public face of Bitcoin just before the largest Bitcoin scandal. On August 15, 2010, a vulnerability in the Bitcoin protocol was exploited allowing hackers to generate nearly 200 billion Bitcoin. While that transaction was erased from the blockchain only hours later, it certainly damaged Bitcoin’s reputation for security. However, this was the only major security flaw ever discovered in the Bitcoin protocol. One minor flaw occurred in March 2013, when the Bitcoin blockchain forked into two independent chains for six hours, before the majority of the network agreed on a particular chain.

There were other bumps in the road in Bitcion’s early years, but they were incidental to the blockchain. From 2011 through 2013, criminal actors made use of the anonymity provided by Bitcoin for illegal activity on the online black market Silk Road (drug purchases, money laundering, sex trafficking, and other delightful enterprises). The site was shut down by the FBI in 2013 and founder Ross William Ulbricht was sent to jail. In 2014, the largest Bitcoin exchange in the world which was handling over 70% of all Bitcoin transactions at the time filed for bankruptcy after it was discovered that nearly 850,000 Bitcoin simply vanished. While roughly 25% of the stolen Bitcoin have been recovered, the search for these stolen tokens is still ongoing. In 2016, hackers again exploited vulnerabilities in a major Bitcoin exchange, stealing roughly 120,000 BTC. This time, the target was Bitfinex.

Despite these scandals, Bitcoin has steadily become more and more accepted, and this acceptance has spawned numerous exchanges — ChangeNOW, Coinbase, Binance, and many more — just to keep pace with the desire to acquire and trade in crypto. In 2011, WikiLeaks began to accept donations in Bitcoin. By 2012, there were over 1,000 merchants that took BTC for payment. In 2013, the German Finance Ministry as well as some US courts even recognized Bitcoin as a bona fide currency with all accompanying legal rules. By 2015, acceptance of Bitcoin had skyrocketed, as over 100,000 merchants allowed clients to pay in BTC. 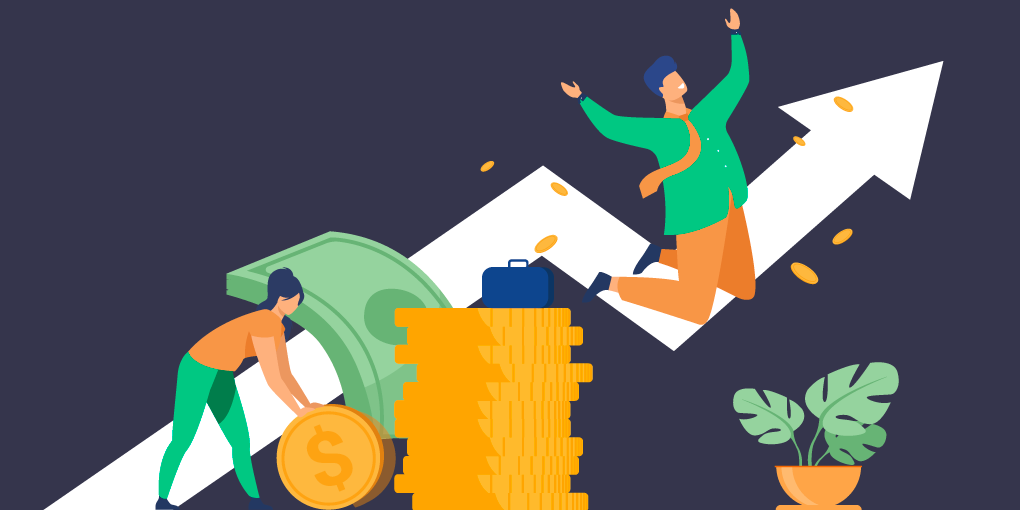 The Rise Of Altcoins

It only took a few years for other developers to join the party and found their own cryptocurrencies. These alternatives to Bitcoin were dubbed altcoins. The very first altcoin was Litecoin, launched in October of 2011. Then came Namecoin, created as a fork from Bitcoin. And then the floodgates opened. It seemed that every few months a new crypto token would emerge, seeking to improve on Bitcoin’s original design or implement blockchain technology in a way that allowed for a new use case.

Many coins were based on a different consensus model than Bitcoin’s Proof of Work (PoW) model. For example, Peercoin was the first token to employ a Proof of Stake (PoS) model where owners of a large amount of tokens (those with a stake in the success of the blockchain) had the greatest say in how the blockchain achieved consensus. Others used some hybrid of PoW and PoS models. Some tokens were developed to serve a particular purpose, for instance, Ethereum: it is aimed to process a higher volume of transactions than is available on Bitcoin. Still others developed for very niche use-cases like Orchid’s token designed to enable the use of VPNs operating on blockchain technology.

Eventually, different categories of crypto emerged, complicating the landscape even more. There are utility tokens (such as Bitcoin), governance tokens, and security tokens, for example. As each year passed, it seemed that creative new uses for blockchain technology were developed, and the number of different cryptocurrencies slowly ballooned to the thousands.

Today, there are roughly 5,300 cryptocurrencies that trade in the market, and the total market cap of all crypto exceeds $250 billion dollars — that is quite a long way from spending 10,000 BTC on two pieces of pizza. The future of crypto is bright. Institutional investors are flocking to Bitcoin and other tokens as either stable or high-upside investments. Crypto is barely a decade old and it is already revolutionizing the concept of transacting with money, as well as how we think about protecting our personal information. The next decade should be even more exciting than the last, so strap in for the wild ride.