How Blockchain Is Being Used In The Logistics Sector

Tons of companies are all claiming to have found the solution to a problem in the ‘real world’ that will cause mass adoption by millions of people around the world. In reality, this solution is miles away and real adoption for many of these projects is years ahead. One sector that has been dying for a solution to lots of existing problems is the logistics sector. Today, we’ll have a look at what those existing problems are exactly and how blockchain is solving this issue.

As we can see in the list above, there are quite some issues that are present today that indicate the industry being years behind. Technology is speeding up the gears every single day and there’s a new bit of code that could change our daily lives being created and written each day. It’s impossible for any company to keep track of every single thing that’s happening, but the blockchain technology has been around for more than ten years now. That’s enough time to be adopted by some of the major companies out there, but first off, what is Blockchain exactly;

Blockchain is the technology that is connected to the virtual currency Bitcoin. It was invented by Satoshi Nakamoto, an unknown inventor that has been anonymous ever since he created Bitcoin. The code for the distributed database technology has been open-sourced with its creation and has been constantly upgraded by many contributors since the beginning in 2008. A blockchain is a database that records digital information accessible by anyone, plus, the database is not controlled by a central organ. The reason why it’s called Blockchain is that the mechanism behind the technology is formed by blocks containing data that are connected in a chain. More on the technology will be explained when looking at the solutions that the blockchain technology can provide the logistics sector. 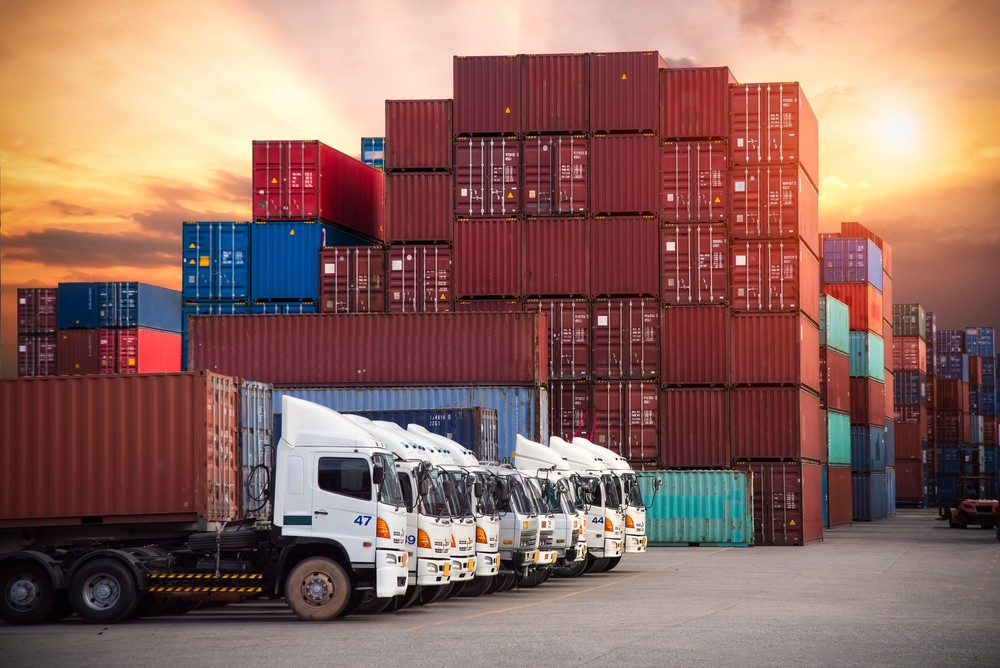 The solutions for the logistics sector

The previously mentioned problems can all be solved with the implementation of blockchain technology. Where most of the current contracts and data are still processed with the use of physical paperwork, the introduction of a digital system can be quite a big step.

Whenever this is done though, the first problem that will be solved is the danger of paperwork getting lost, damaged or wrongfully filled in. Imagine the data that describes all the items within a container that’s sent across the globe filled in with a piece of paper, weeks later when it arrives at the other side of the world, the paper is suddenly missing. When this data is entered in a digital system, a simple check of a barcode or anything similar is performed to verify the data submitted by the other party.

You might think, why is blockchain different from more traditional data systems that have been around for years, why not just use one of these? Trust, that’s the big word here. When doing business with other parties, especially when loads of money is involved, it might be hard to trust people. With Blockchain, a data system that’s not in control of any central organ, trust is eliminated.

Any transaction that is performed and recorded on the blockchain has to be verified and afterward is permanently traceable on the Blockchain. This means that both parties involved in the business can see the data that was entered by the person filling the container with all the items, the moment the container closes, the data can not be changed anymore as it’s already verified on the Blockchain. This way, no one has to rely on trusting another as it’s all recorded.

Another factor is the point where payments should be made. With traditional ways, the way most companies are still operating, it can take ages for an invoice to be paid. With a ship full of container bringing millions of products to the other side of the world, millions of dollars have to be paid. In reality, the company that’s supposed to perform the payment has hundreds of other payments to perform and the finance department is running behind. The moment they arrive to the invoice for party X, there’s a new pile of invoices present.

This causes and endless cycle of hundreds of invoices to be paid and most of them being paid way too late. With Blockchain technology and especially the use of Smart Contracts on top of a blockchain, payments can be done instantly. Whenever certain criteria are met, the moment the ship arrives in place B for example, the payment will be made instantly. The person creating the contract has to put in the payment they both agreed on so whenever the criterias agreed on are met, the smart contract will automatically perform the payment. This saves tons of paperwork, cuts out the middleman and saves loads of time.

When looking at the consumer side of things, we can see there’s a rising demand of people wanting to know where their products are from. With huge dairy farms and chicken batteries slowing down their growth, people want to see their products coming from a place they trust and can stand behind. By using the blockchain technology, that’s transparent and open for anyone to access, the entire logistic road any product takes is tracked and traceable. The technology behind this mechanism is irrelevant to the consumer, all they want to do is go to a website, fill in a code and see where their egg, milk or whatever was produced.

The list of companies that using blockchain technology nowadays is quite impressive. This is not by surprise as the entire logistics sector is a multi-trillion industry. It takes years before every company in this entire process is utilizing this technology, it might even take decades before this has happened. At this moment though, there’s one alliance that’s paving the way to reaching this adoption. The Blockchain In Transport Alliance (BITA). It was founded in 2017 and how now grown to over 500 members collectively generating more than $1 trilling in revenue yearly. All connected companies have been actively searching for ways to innovate their sector with the Blockchain technology being the driving force behind this alliance. The alliance is there to assist, educate and accompany companies along their way to finding the way Blockchain technology can benefit their organisation.

And many, many others. This industry is huge and some might not even be aware of everything that’s happening behind the scenes. It’s exciting to see that this technology is being adapted by so many companies all over the world. It shows how strong and how revolutionary this technology is. With the logistics sector slowly coming along and revolutionizing their industry, which sector could become the next one?