Crypto Bidders Raise $47 Million To Lose Bid On US Constitution

A group of crypto enthusiasts who gathered $47 million in Ether to purchase a rare copy of the US Constitution, bid for the first-edition document and lost.

Following the loss of the crowd-funded bid at Sotheby’s auction house what happens to the money is up to the group responsible for the fund-raise. Known as the “ConstitutionDAO”, it is as yet unclear why they were outbid at the auction seeing as the anonymous winner obtained the text for $41 million. 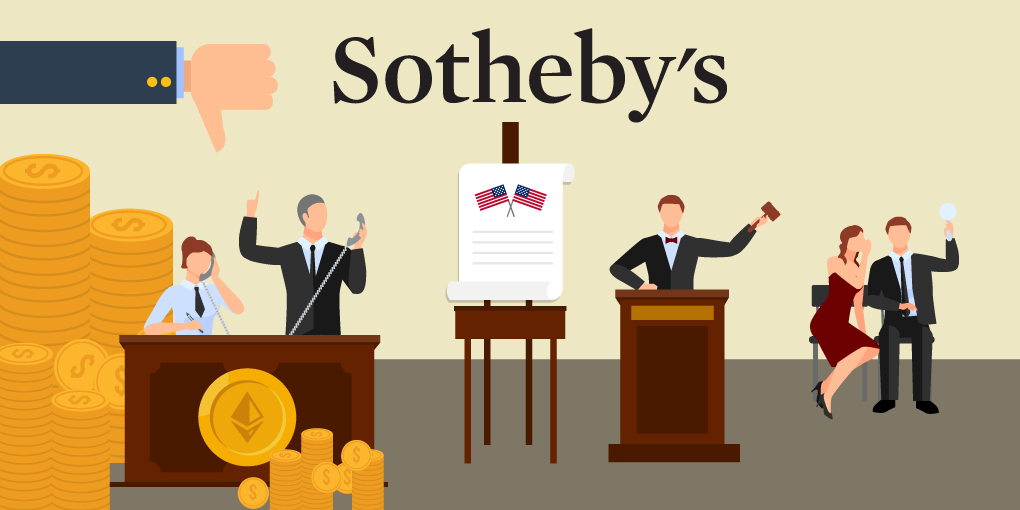 Where Will the 47 Million USD Go?

Following the loss of the bid, ConstitutionDAO shared the news via a tweet, “We did not win the bid” it read. With 17,437 contributors the consortium pulled off what Sotheby’s referred to as the biggest crowd-funding scheme ever.

In a statement, Alice Ma, one of the contributors, stated that the group was certain to leave everyone with the option to request a refund. According to their FAQs, the amassed funds are redeemable although transaction fees will be deducted if that is the course settled on.

Explaining further, Alice disclosed that there were several individuals involved in the crowd-fund who had already stated that they wanted their funds to remain in the wallet. Presently ConstitutionDAO is sorting through various alternatives if that situation comes up.

Another possibility making the rounds among members of the DAO is, directing the funds toward auctions in the future. Liz Yang, a member shared her hopes that they would make the most of the gathered funds.

“I feel like we set the bar too high,” Yang explained and went on to say that she felt they had to do something just as monumental as the auction. It could be a future auction she said but it was up to the people.

What Did The Crowd-Fund Entail?

It only took about a week for the DAO to put together $47 million for the auction. The process began after a good-natured Twitter exchange about bidding on the rare 1738 first edition printed copy of the document.

The fund-raise was set up by a DAO, a decentralized autonomous organization. The DAO’s call-to-arms was “WAGBI”; We’re all gonna buy it.

Though technically true, this did not mean that all the investors would own a portion of the document. Rather, they would all receive a digital token aptly named “People” that allowed them to vote on what happened to the document in the future.

Following questions on why the team did not place the winning bid, one member revealed that if they hadn’t stopped they wouldn’t have had the funds necessary to properly care for the document in question, had it come into their possession.

This is the first time one of the 13 copies of the constitution that were preserved has shown up on the auction block since 1988 when it was sold for $165,000.

Formerly owned by New York philanthropist Dorothy Tapper Goldman, the document sold for a final price of $43.2 million. According to Sotheby’s the profits from the sale will be put into a charitable foundation in Goldman’s name, this is being done to aid public perception of democracy.

You can buy, trade any of your preferred tokens for Ethereum (ETH) on ChangeNOW without any registration.