Millions of dollars are reported to have been compromised in an ongoing widespread hack.

As the story unfolds, it becomes clear that it is Solana-based hot wallets that are being affected. Some experts believe that a “supply chain issue” was exploited to steal user private keys and that’s how the chain of attacks started.

Solana-based wallets providers such as Phantom and Slope, as well as NFT marketplace Magic Eden, have commented on the issue and warned users to move their funds to hardware wallets. So far the estimated number of affected users is 8,000 with around $8 million in total having been stolen.

Just to remind you, NOW Wallet can become a secure option to store your assets. 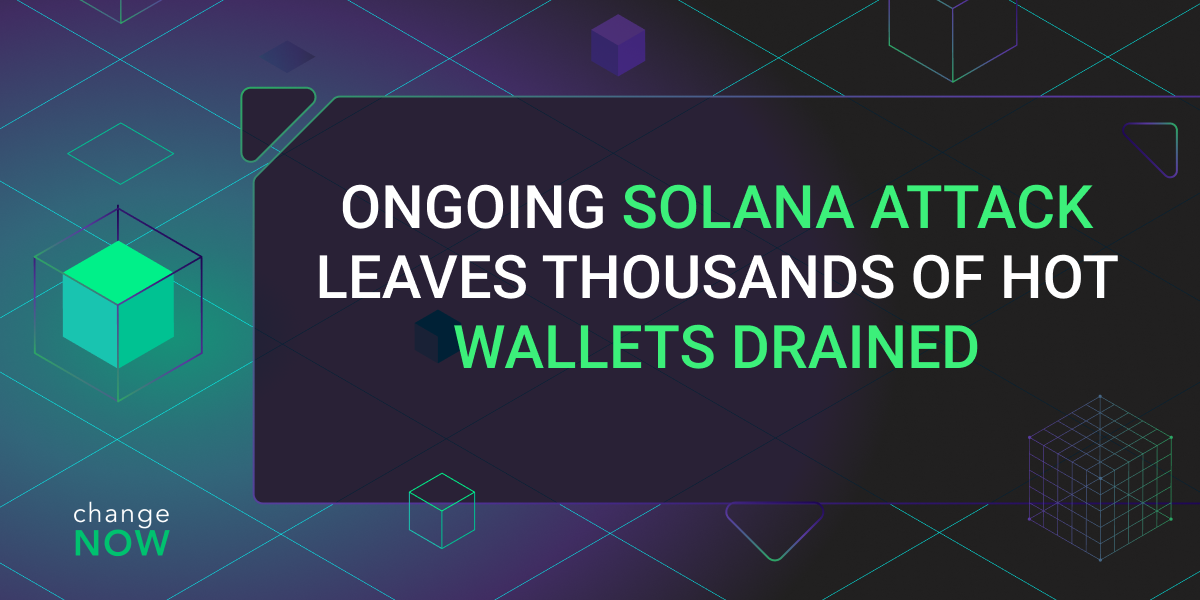